Can some kind people review this game please: 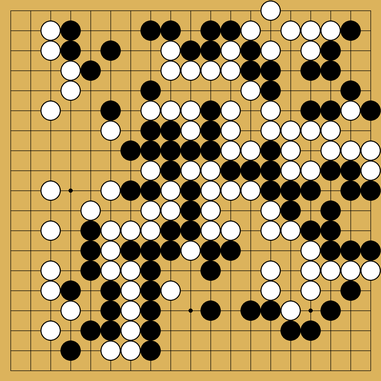 I have already posted my own self-review here: 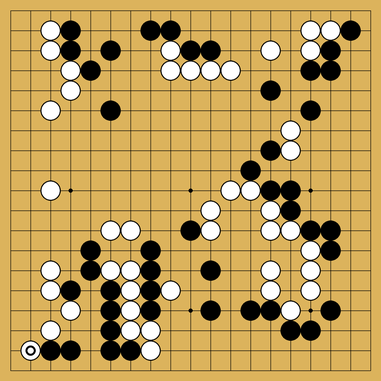 I had a poor opening and I was behind but then managed to make a come back after the opponent made a couple of mistakes and I cut off and killed a load of stones (lower-left). Then I killed some more and they resigned. I’d like some pointers on where I went wrong in the opening and while I was behind please.

There is already some discussion of my invasion of the micro-Chinese framework here:

At position R16,pass,M17,P16,Q14, @dragon-devourer started the conversation: How can White continue from here? ( FYI @aesalon )

I am hoping to move those posts from that topic to this one. The advice there was that I invaded the micro-Chinese too early, with a weak approach and with a weak follow-up. But what more can I learn from this game beyond from the bodged joseki?

The only comment I have is the bottom right corner. The white r5 move is an invasion with two black stones there already. So as long as you contain/reduce the black territory a little with light shape, the goal is achieved. In the game, this white group becomes heavier and heavier, which is why white is behind in opening.

Thank you @drifterwolf and @terrific - helpful comments so cheers