The exact rules should probably still be ironed out, the board size most presumably depends on the number of people joining, and even the time controls are a given uncertainty at this point in time.

But what we could find out, is those who are willing to play! Please let me know if you want to play.

I volunteer as referee of the second game, since I believe @yebellz should be allowed to play and @le_4TC should defend his title!

I only regard the votes of the players relevant in these results. All other votes are discarded.

The game mechanics poll has become rather irrelevant due to discussion in the other topic.

Yes, I’m excited to play. I can and prefer to play as fast as 24 hours per round, but willing to play slower if needed for others.

I’ll create some polls about the minor details of the game.

I would love to play!

I’m of course willing to play (and also still happy to referee, I don’t think talking about “defending a title” makes sense when you drastically change the game in between matches

). I wouldn’t say that I’m willing to play regardless of the rules decided on, but I think we can probably find something that works for everybody in the coming week.

Like I wrote in the other thread, I also vote for 13x13. I think we should probably limit the number of players to 8 in any case. I’m not saying that it would be impossible to play with more, but let’s not change the game parameters too much at once.

(Note that more players affect the game much more than just crampedness. If we approximate 13x13 as twice the size of 9x9, we might expect 6 players on 13x13 to be similar to 3 on 9x9, but in reality it’s much harder to live in the first case since you will need more eyes)

It could be as intensive as only playing a move every day, or it could take you hours discussing strategies with your in-game allies / enemies.

You will need the commitment to play a move at least daily for the next couple of weeks, though.

You can see I had second thoughts

Yes, but I’d like to see many people join

Ok almost just asked stuff I coulda seen in the first post. Could I join again?
(it’s fine if you wanna say no)

Could I play as well?

I’m fine with no extensions (or 1 period max per player), but would prefer even something quirky like 36 hours (if 48 is too long) over 24 hour periods. Sometimes at work I get closing shifts immediately followed by opening shifts and won’t have adequate time to think about a move in 24 hours.

In any case yes I’m signing up. XP

Maybe another option would be to keep the 24h periods with 3 extensions per player like in the second game, but you have to actually submit to the referee that you’re using an extension (either on the same day or in advance), otherwise it’s an automatic pass. Then the game will only be extended when there’s a good reason for it, rather than someone just forgetting about it

There’s only space for two more players, before we run out of colours

Speaking about colours, please tell me which colour you’d like to play with, if you have a preference. First come first serve. 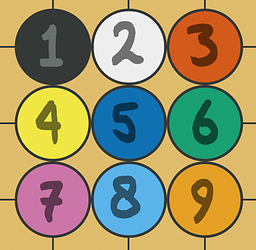 Can I have light blue, 8

Can I join the Kibitz Garden?