To another group without eyes, with considerably less stones than the black part.

Well, blue is not unconditionally alive, yes, but so is green, and green has fewer liberties. So I think it would be better to take some points with blue now (at A18 or T9) and care about eyes once the green stones are gone. Or is that too late?

Feijoa and Vsotvep collide at G16, terrific and Jon_Ko at Q4. Placing all stones … 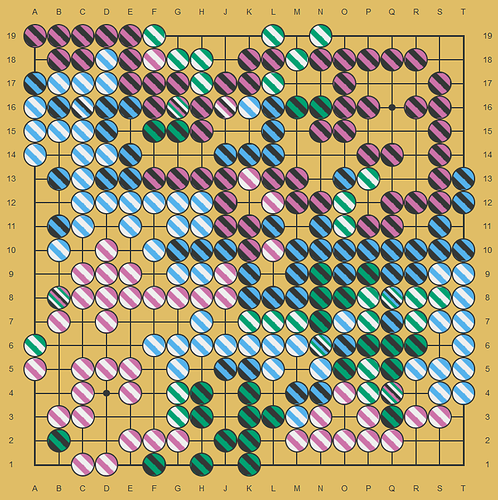 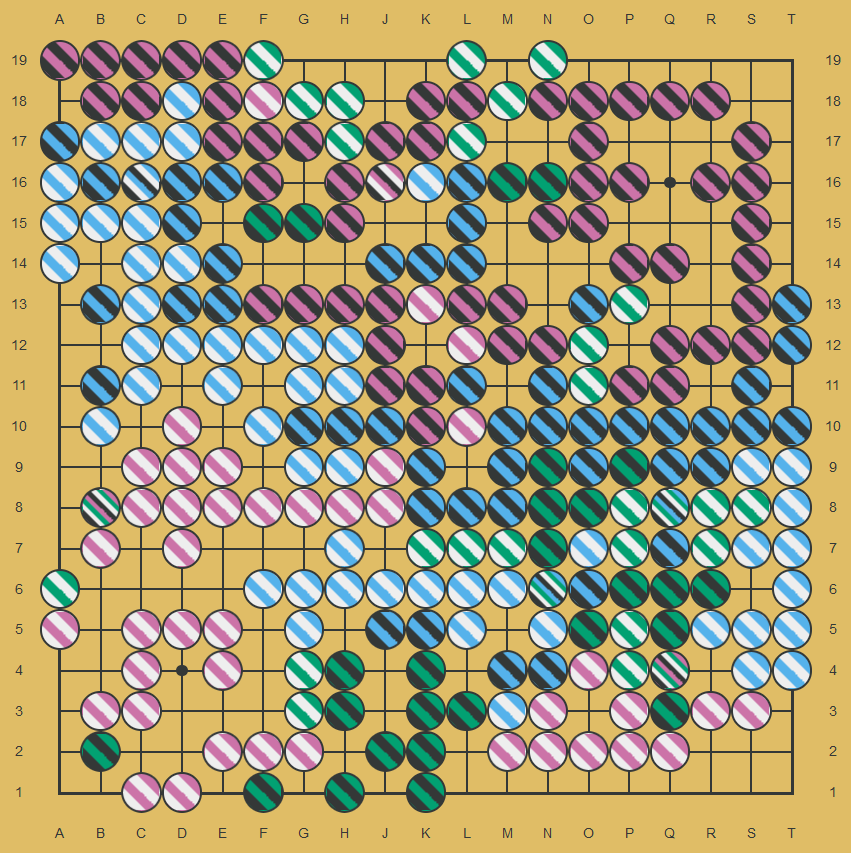 If the players reach an agreement on how to score the position, I think we can shortcut a bit (e.g. we don’t need to fill all liberties of dead stones)

That being said I don’t believe this game is finished yet, and I’m looking forward to watching it play out until the end

Oh, less than 12 hours to pick a move here. I’ll try something different.

Hard to interpret what you mean by that

Maharani and yebellz collide at L4, Vsotvep and Feijoa at G16. Placing all stones … 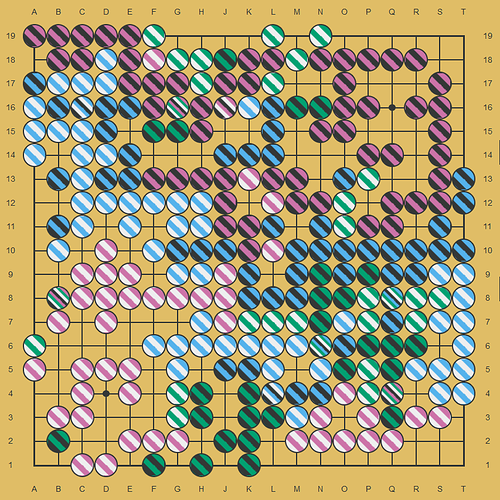 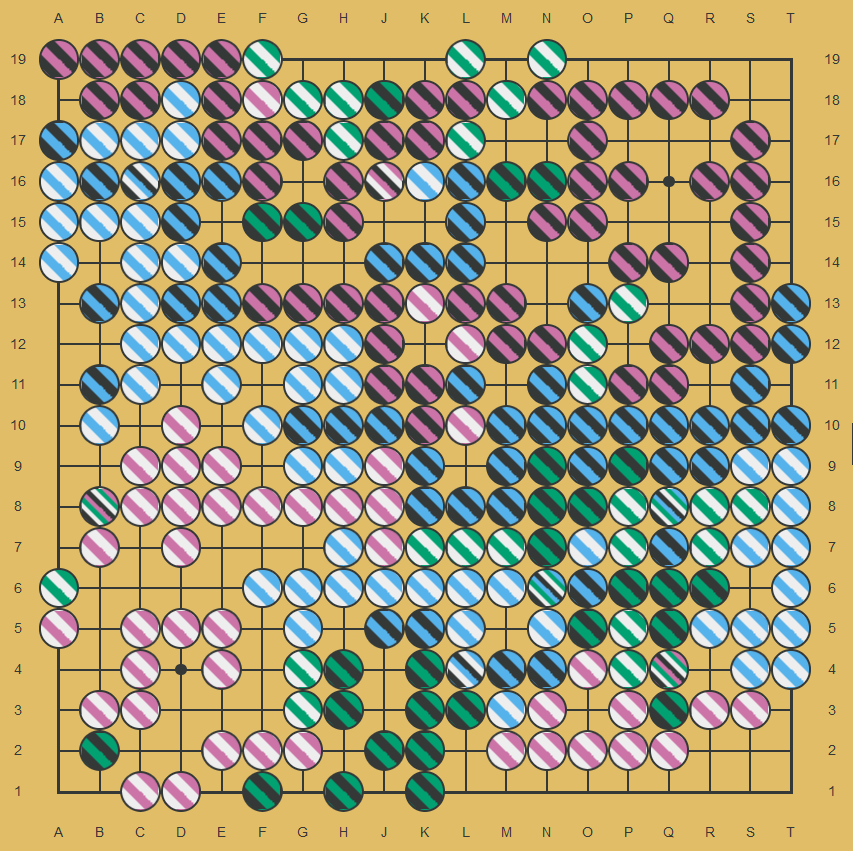 Well, based on that it looks like nobody except maybe @Vsotvep has caught on to what I’m up to here, so I’ll play…G16.

Vsotvep and Feijoa collide at G16. After placing all stones … 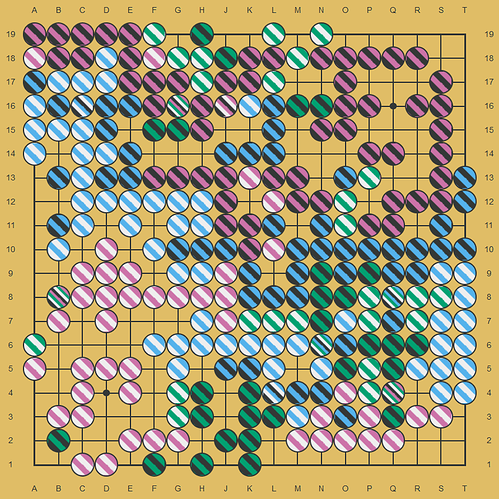 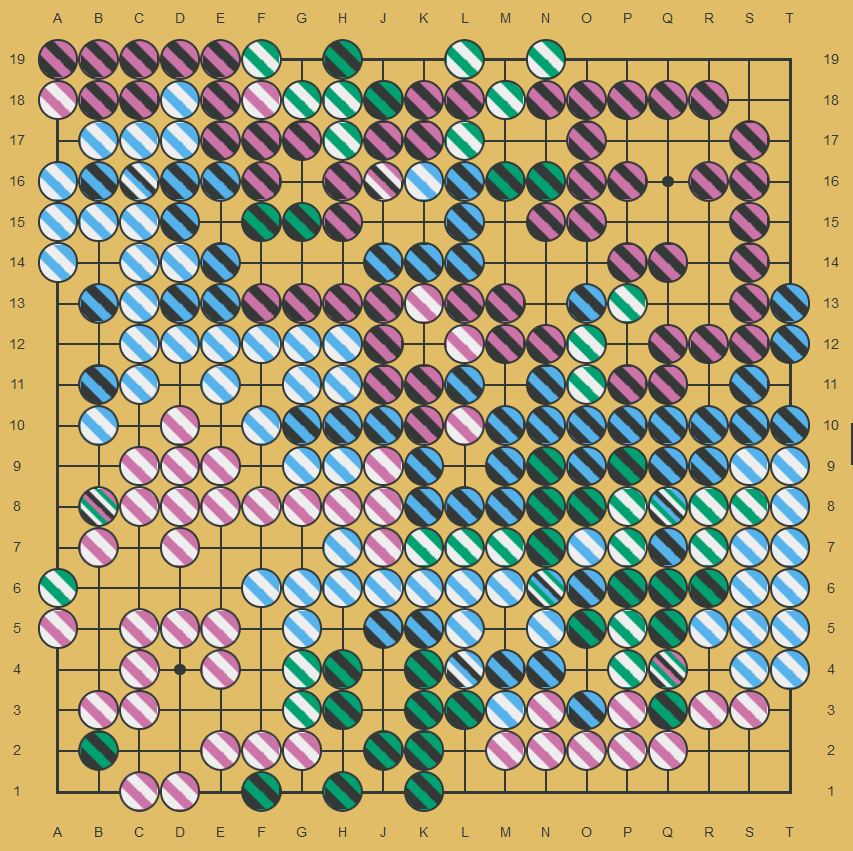 Sorry for the late move. I am, of course, going to continue playing G16.

Maharani and terrific collide at A17. Placing all stones … 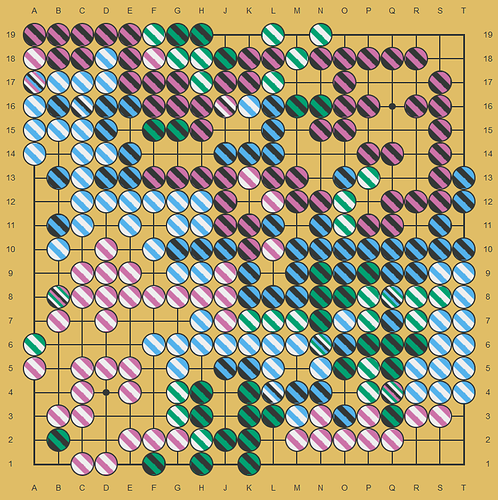 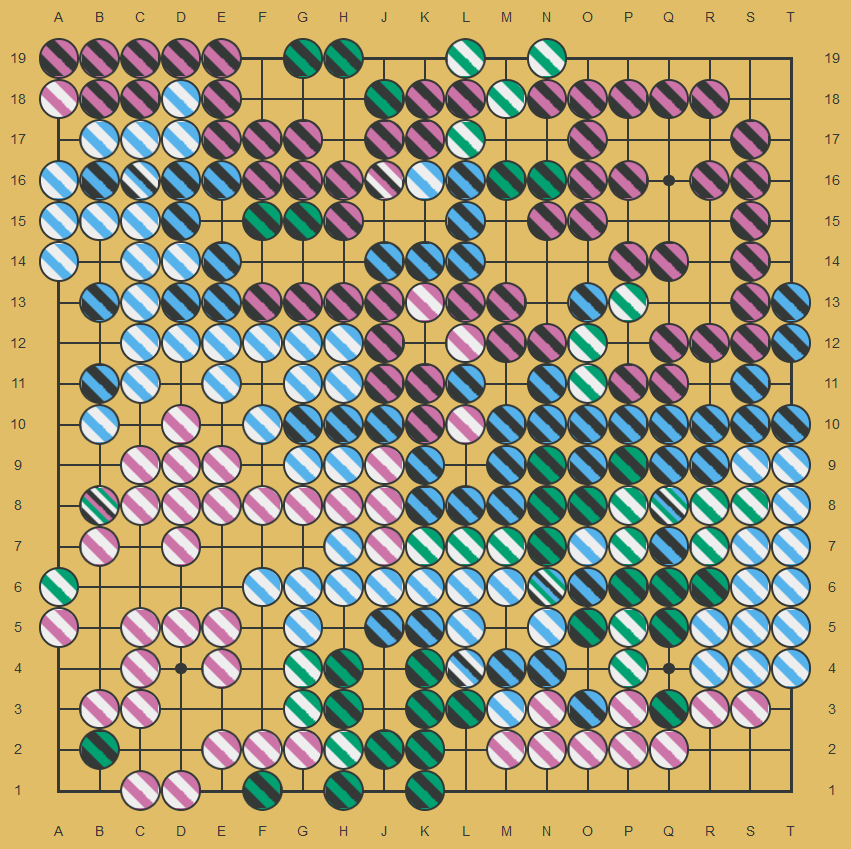 I don’t think there’s much for me to do except clean up the black stones in our area, to make sure they don’t cause problems whenv the big green chain dies.

Anyone want me to play somewhere else?

Jon_Ko and yebellz collide at Q4. No chains are removed this round. New Position: 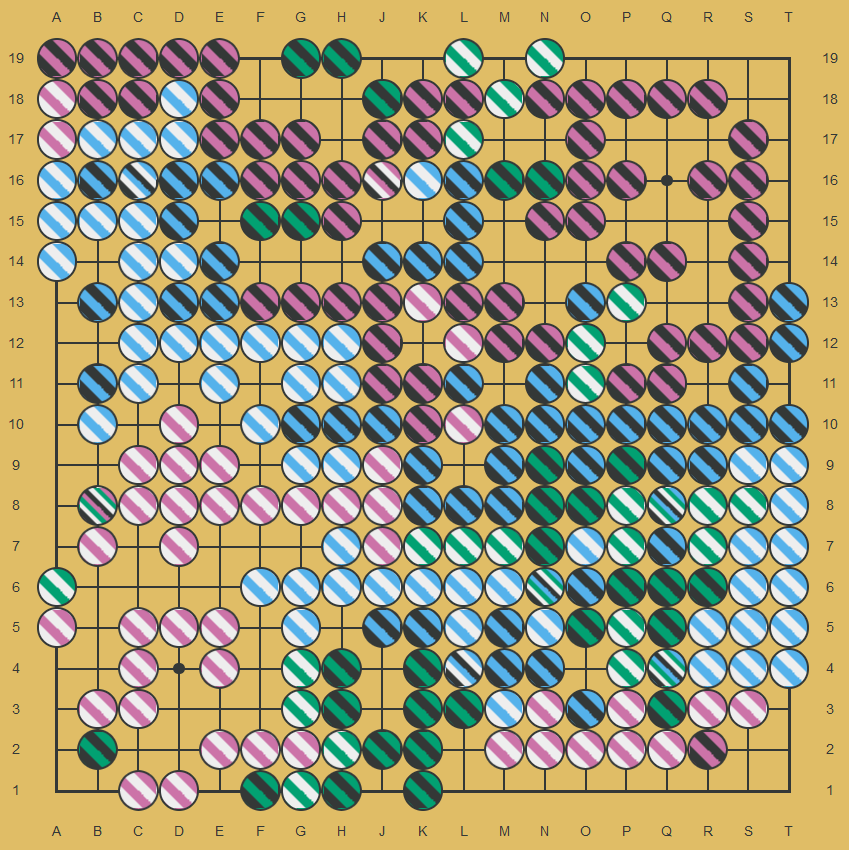 Unfortunate, but I guess it can’t be helped. If that darn hole at G16 was closed earlier, I’d have started with R2 several rounds ago…

Guess I’ll play there but it’s not necessary. The white chain has plenty of liberties.

Oh right, I guess I’m still not reading it that well…

Convenient that it is a black/pink cutting stone.