Actually @terrific I realized that it’s better if I am the one to continuously play G16. So you can do what you want until the group is dead, okay?

Not really, but the majority of our territory contains white stones, due to the P13 and M19 stones. Meanwhile, the white territory in the lower left is completely empty of infiltrators.

If the game ends now, white has no reason to resume. I think that either you or @Jon_Ko should play something in the lower left, to make sure the game doesn’t stall. The current likely outcome is that A17, G16 and Q4 are all collisions that would be removed immediately after. A17 and Q4 aren’t worth as many as G16 is.

Ugh, it seems that we might have a bit of a tedious clean-up and anti-clean-up phase ahead of us.

I’m not really sure, but my guess is, that A17 is bigger than Q4. So I think I should play somewhere else.

given the recent discussion on game ending and scoring, i tried to count if the game ends as is. count is in spoiler tags.

deleted since i havent figured out spoiler tags here yet

Spoiler tags is done with:

Vsotvep and Feijoa collide at G16. After placing all stones … 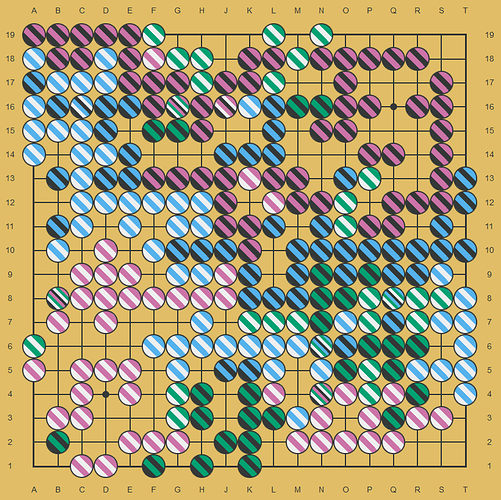 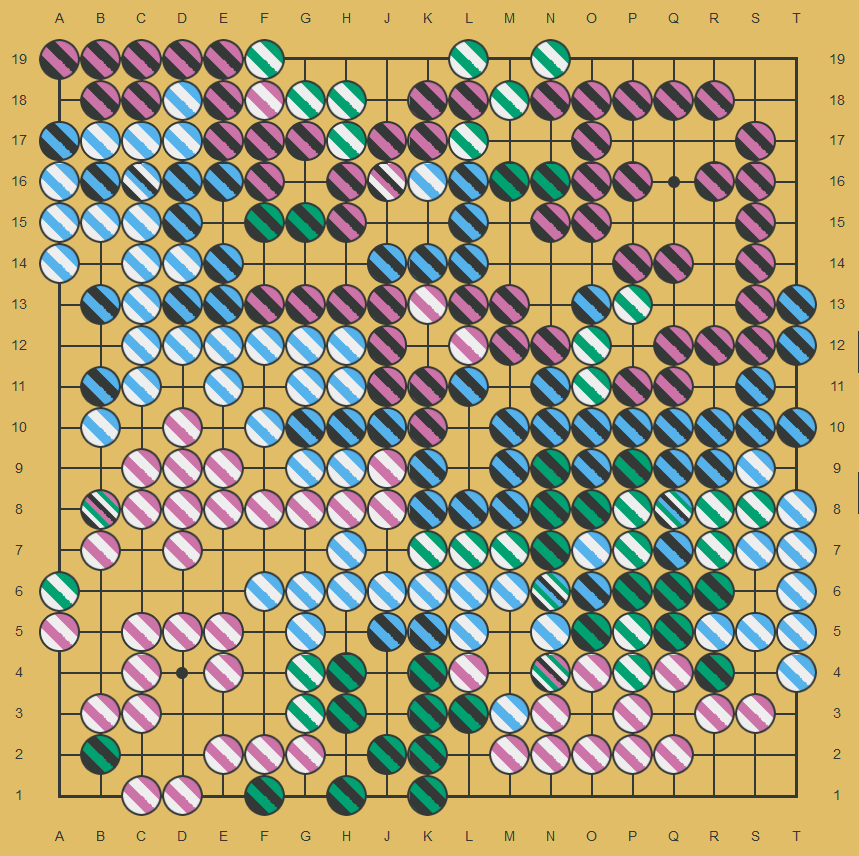 So… now white has to avoid to repeat the board position?

Feijoa and Vsotvep collide at G16 again. After placing all stones … 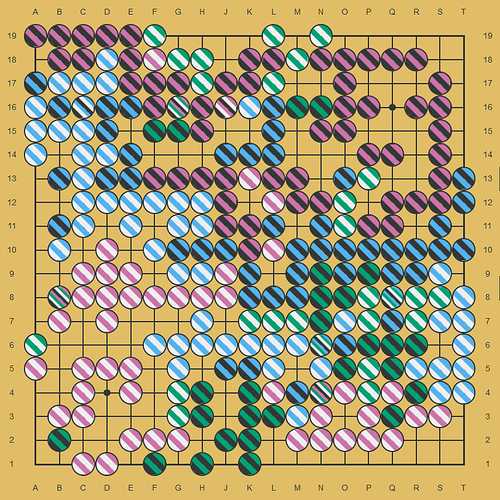 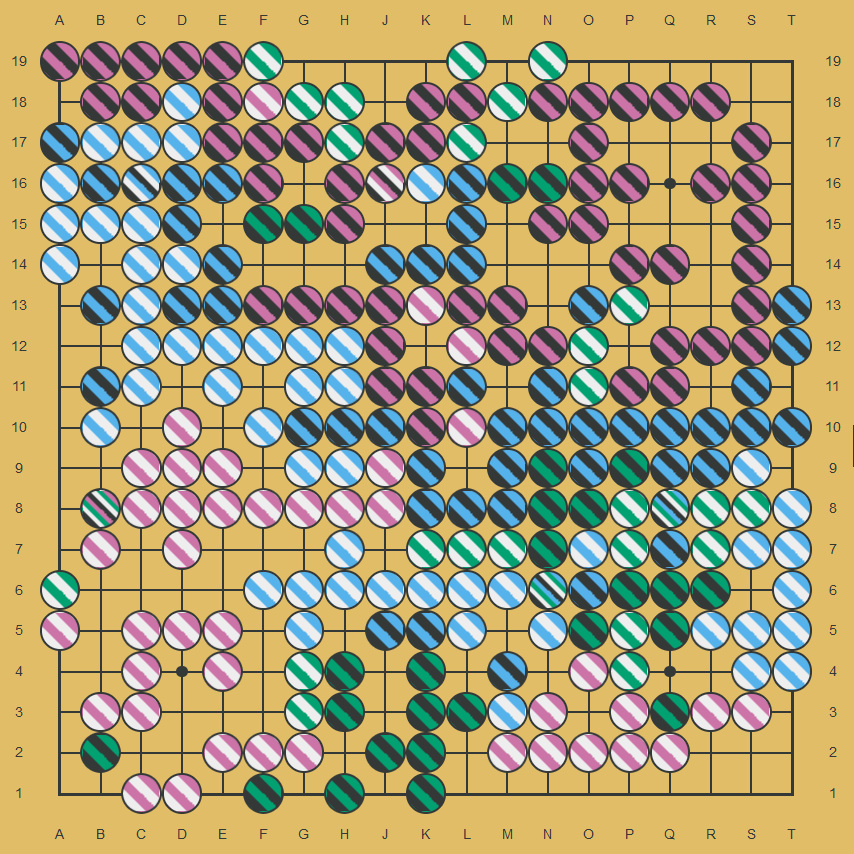 @yebellz Maybe you could play T9 this round and next round J7. I’ll play Q4 or R4.
@Feijoa There is not much you could do now. It seems to me G16 is still a good idea, although it might be suicide, since it prevents pink from connecting.

If I tell @Maharani to play T9 too, will yebellz play A18 instead?

Yes, already submitted G16 again and looking forward to seeing which group is getting killed soon!

I think that G19 and M11 are better options for @Maharani

While I get G19, I don’t see the necessity for M11, but maybe that’s just me being too optimistic.

If captured, it reduces the Blue group to 3 (shared) eyes. if O13 is also captured, it’s only 2 shared eyes.

Why do you think terrific played M10 after all?