I support that sentiment

I want to play F17 to connect the Black chain to the outside, but I also want to play S16 to save R16… Both need explicitly stones that are at least pink and black for it to work properly, since a non-pink stone would be in atari on F17, or would capture S16 as well…

Which one do my team mates think is more important?

Sorry for abandoning you in the corner @yebellz.

All these positions look good for me to foil @Vsotvep’s escape: 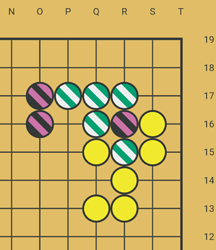 I’d prefer the direct capture but would also like to avoid colliding. So if nobody has a better idea I think I’ll literally roll a die to pick one.

@terrific if you’d like to work together to capture something let me know. Though mixing the colors seems like it will make it weaker in the long run, it might help quickly secure that lower-right corner.

Oh, we could with together and play E18 F17 S16 with the obvious colors, I think guaranteeing at least one capture.

Oops, this is wrong.

No worries, @Feijoa. I think it’s best that we don’t overconcentrate in the top-left, anyways.

I don’t think R16 can be saved easily, but extending once would add nice aji, I guess. Anyway I think F17 is more important.

Less than two hours left… hope everyone submits a move!

I apologise for the delay, I slept a bit longer than usual today. 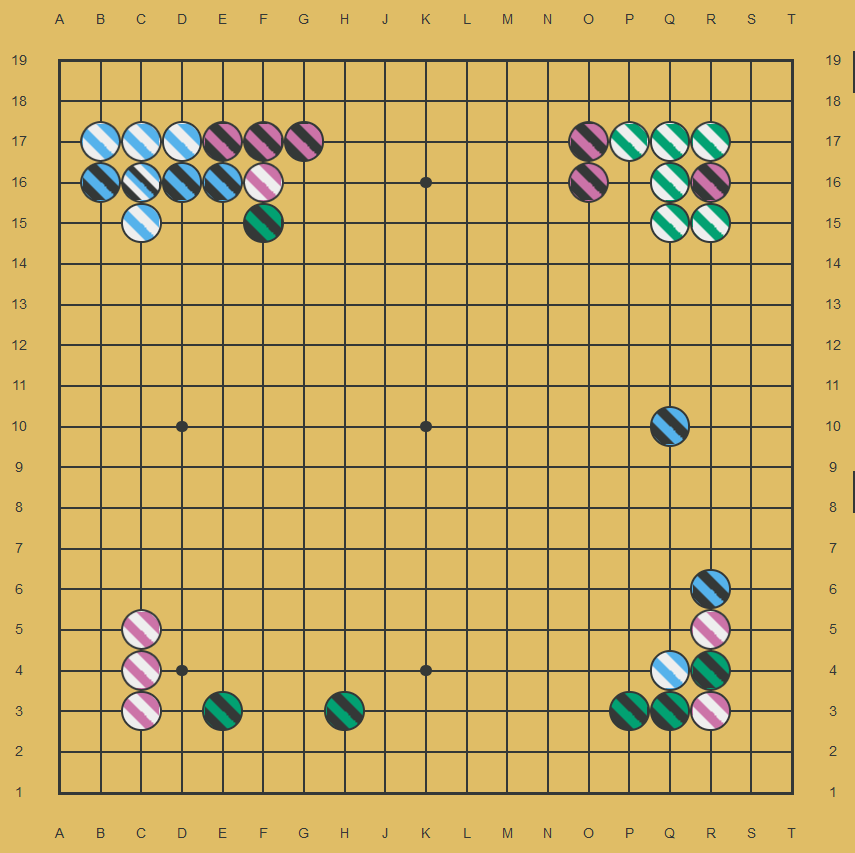 So much fun to look at and ponder though!

So much fun to look at and ponder though!

Glad you are enjoying it!

I think my next move is obvious.

I’ll try to assist in the lower right. 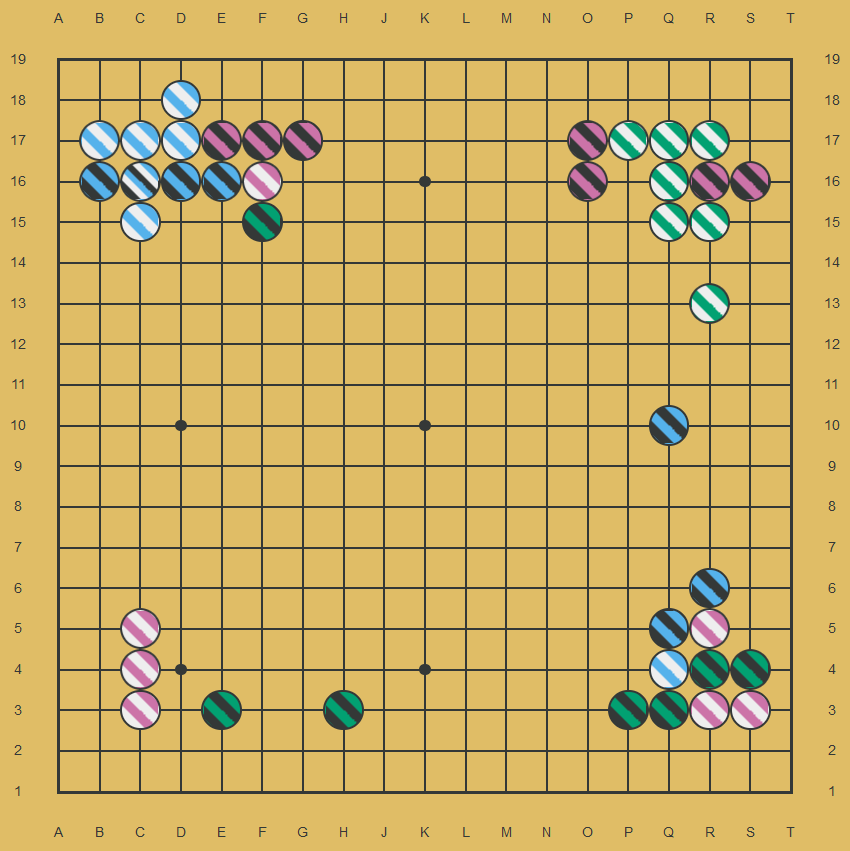 I think my next move is not so obvious

@yebellz Any plan? Save the Q4 stone?

Yeah, good idea. I think it makes sense for my to try to pull it out. The best they can do is to collide, which still allows a white connection

The upper-right looks safe for now, so maybe I should finally help somewhere else? I could play P4 to save Q4, and you two could attack at either P5 Q6 or S5 T4. With the matching green color my stone is going to be hard to kill, but it’s also on the outside so it won’t get in the way of the pink-white stones claiming the corner: 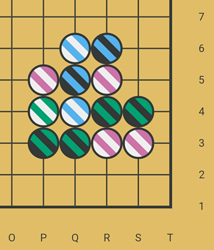 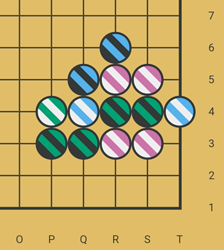 Actually, looking at these variations I like the second more, since in the first the blue-white stone loses its blue connection to the outside and is still in danger of attack by pink or green.

The problem is, once we disclose our moves, it’s very easy for them to refute. For example: 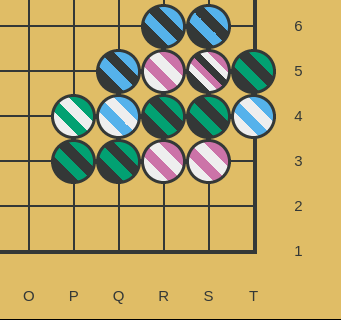