The most adorable introduction to Go ever 😁

Uses stone counting on 5x5 and 7x7.
I may or may not want this as a theme option on OGS now tbh

OMG it looks cute but it doesnt work on my laptop for some reason :<

At first sight the AI seems sweet for beginners, i miss of course a 9x9 after trying a 5x5.

oh this is inspired by a Japanese artists work I say on Twitter - I dunno remember her (his?) name, I think I saved somewhere. When I find it gonna link it here ^^

I like faces. I used them in an analysis tool on my PC, called LizGoban.

I prefer this design. 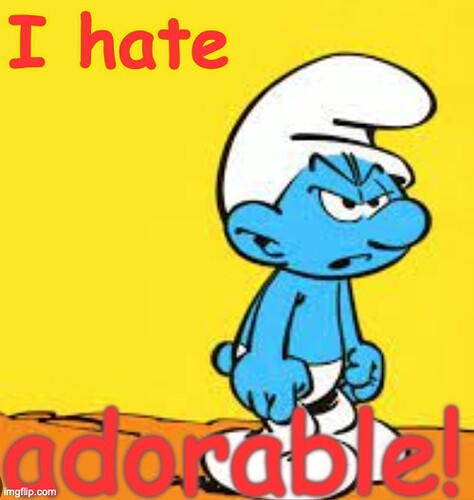 I don’t understand the logic of connecting some diagonals? 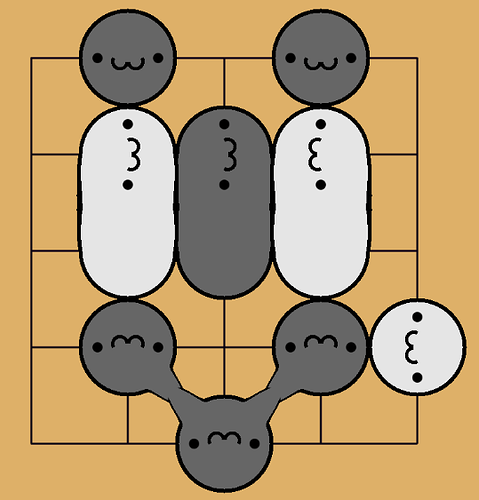 Why are the diagonals at the bottom connected?

This one is even weirder, it has a long connection of a “tobi”, that hides an intersection: 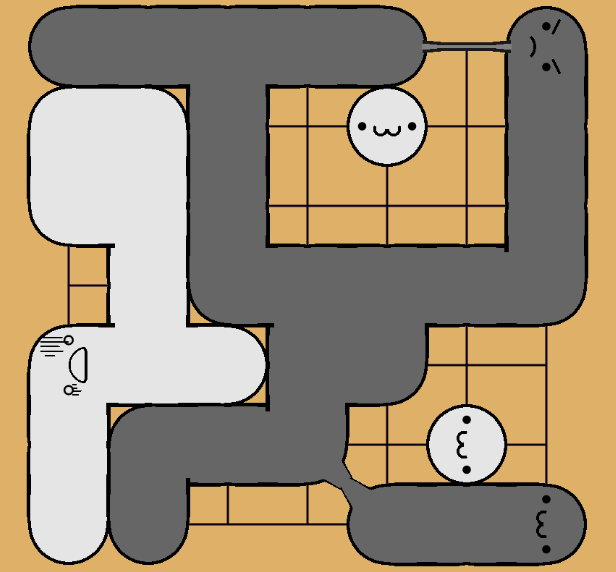 To each their own I guess; to me puyogo feels way less cluttered (as in, the decorations are cute but not overwhelming). I also find it more visually appealing, but I haven’t polled a sample of real kids to see which one they prefer, so that part ain’t science

I think the idea of showing both solid and loose connections is genius, because it’s something hard to visualize when you are new to the game.

One point jumps and knights moves can be connected as well as kosumis, but I think it might depend on how close they are to being cut or something 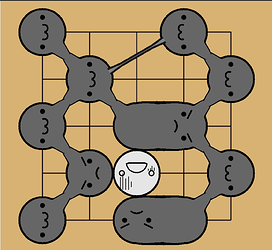 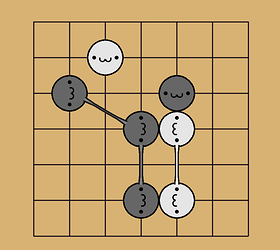 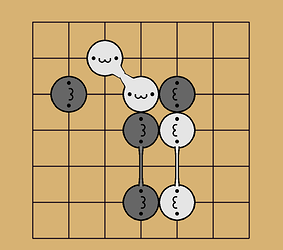 Would be nice to have some words from the designer.
Before the full dissection from our pityless community.

Here is a situation that I consider a “bug” of the AI: 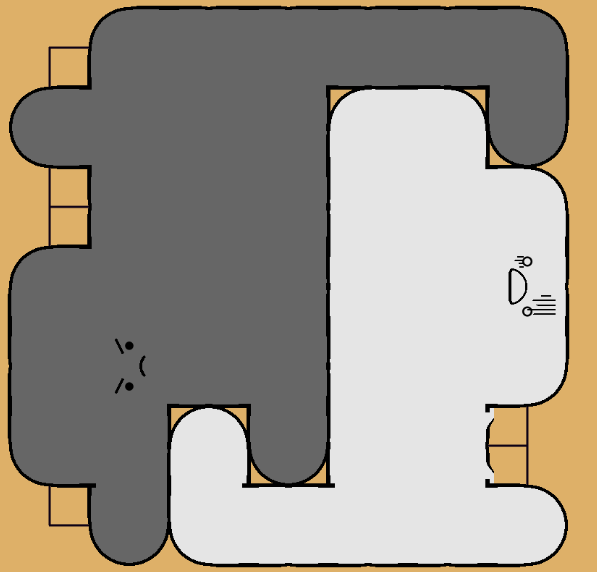 The AI had two points left in its territory, exactly two eyes. Accordingly, the AI passed.

I expected the AI to pass again. But instead, the AI filled one of its two eyes, condemning its big group to die.

Might be “bugged” like that on purpose, so that the user sees what happens when you self atari?

Most importantly it prevents the user from seeing how to score a game.

The game gets scored as one plays, it uses stone scoring, as pointed out in the first post

No, the game does not get scored. Yes, the game is supposed to be scored with stone scoring. But I’m pointing a bug where the AI resumes playing instead of passing, and effectively kills all of its own stones, so that the game is NOT scored. That’s it. I’m just pointing out a bug.