The rules as written award points for any capture. I think they need to be modified.

The rules to award points were implemented to encourage aggression.

Capturing dead stones and a player committing suicide are not in the spirit of what that rule was trying to encourage so I vote neither action should award points.

If suicidal moves are not allowed and passing is not allowed, then it could be possible that a player is left with zero legal moves on their turn. What happens then?

Disallowing suicidal moves does not prevent players from throwing in inevitably dead stones, or even self-atari. One could say those are also against the same spirit, but it’s a lot harder to draw a line on what exactly to disallow to cover such cases.

the rules as written in the first post don’t explicitly state whether suicide is allowed or not.

It has always been understood from the first battle royale that suicide is allowed, especially near the end game where a player is forced to fill in all their territory.

To the leaders of the Pink @Maharani and Yellow @CharlieVinnie empires:

Be very careful that you do not ignore the growth of the Green @martin3141 empire. They are quietly solidifying their position while you are attacking my armies. You may defeat me only to find you have created a new unstoppable enemy.

Suicide is allowed and yields points for adjacent non-eliminated players.

I think we all agree that capturing stones of eliminated players does NOT yield points. As to where suicidal moves give points to surrounding neighbors…

Although the poll is anonymous, it does look like 4 of 5 players voted, and the result being decisive independently of the last vote. So shall we lock-in the rules and continue?

I can’t post a graphic atm, but I play N9 as announced.

I agree. So the new rules are stated that suicidal moves does NOT give points to surrounding neighbors.

@Maharani : Here’s the board after your move: 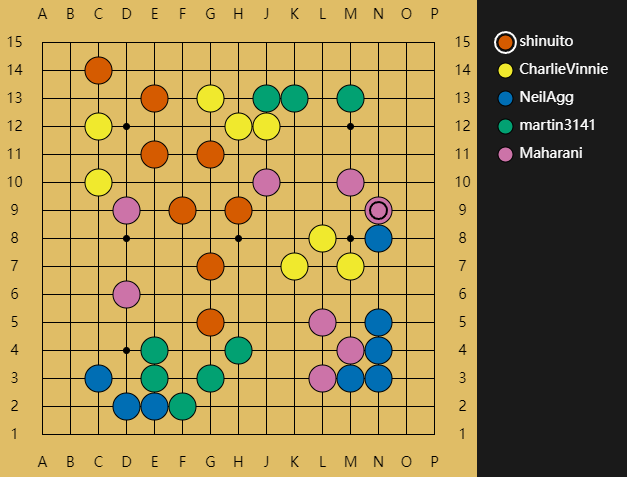 I’ll do the screenshot later 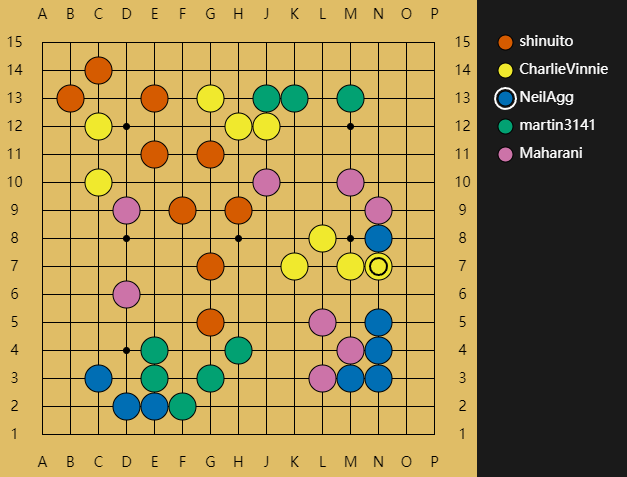 I’m not too worried about the upper left corner because I belive Pink @Maharani will not conspire with red to attack me.

I’m not too worried about the upper left corner because I belive Pink @Maharani will not conspire with red to attack me.

One thing that might be much more flexible in this variant is that one could decide to makes plans to say eliminate one player and gain a point each - which could then be used to sacrifice a group in ways that the cooperating players find agreeable.

Lets imagine for example that pink and yellow capture or eliminate blue say - yellow could sacrifice a group on the left to pink in exchange for a sacrifice of pink on the right, or vice versa.

Blue doesn’t have to be the target though it kind of looks like it at the moment. 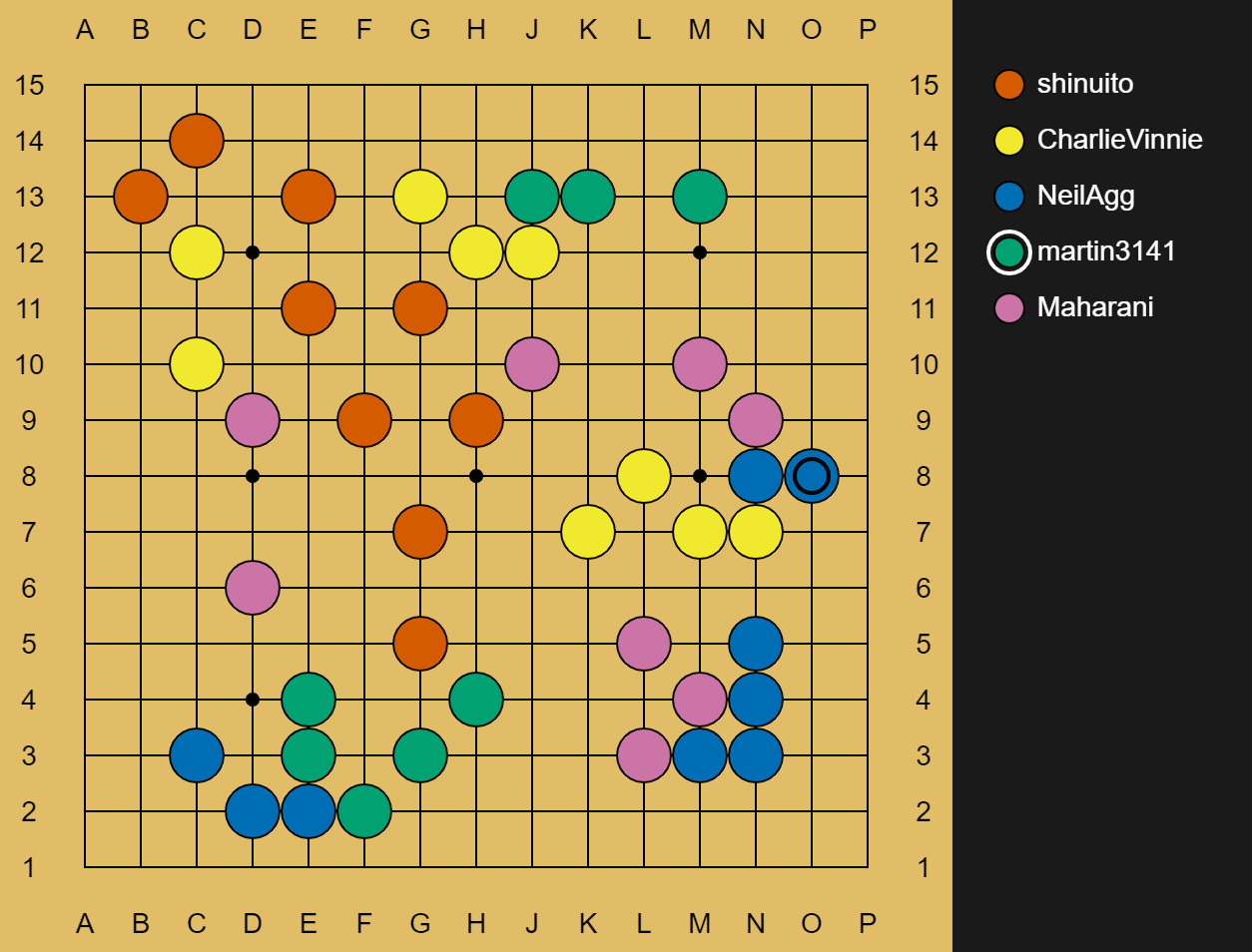 I agree. Otherwise it will be too hard to attack others if any flaw in the back might mean elimination.

I’m thinking of playing H5, but Green is open to suggestions from Pink (@Maharani) and Yellow (@CharlieVinnie).

The Golden Empire is ok with this move.

Yeah sure, I dont mind 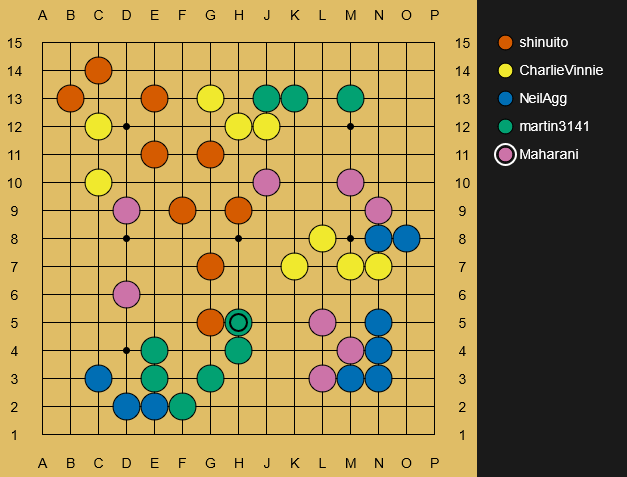 Over to Pink (@Maharani)