Everybody knows that OGS’s AI analysis is one of its greatest boons, but there’s an issue that actually hinders its usefulness and even deters some from using it at all, the ghost variations.

It’s worth mentioning that the “Disable AI analysis” button does effectively do this, but one would need to refresh the page, and it makes switching between the AI analysis and variations tedious. It is important to note that toggling the ghost variations will not remove the AI’s suggested moves (for instance, the next blue move), only the branch’s ‘watermark’.

My suggestion is to simply add a toggle button to the analysis dash board. Something like this:

We have this great tool available, why not expand its usefulness with this simple implementation? I added a feeler poll to see what you guys think.

As a workaround, is this achievable by setting the transparency level to fully transparent?

Cool suggestion. There’s no way of knowing really unless we see the code.

Go to settings > game preferences > variation stone transparency. Set value to 0.0. Then go look at some variations in a game. Does this provide a good-enough work-around to achieve the desired outcome?

Yes, if it could be set without constantly having to enter settings. The idea is to have the flexibility during analysis. Just make the button set the transparency to zero or switch between your present transparency setting. I haven’t actually checked it out yet, but will do so soon. 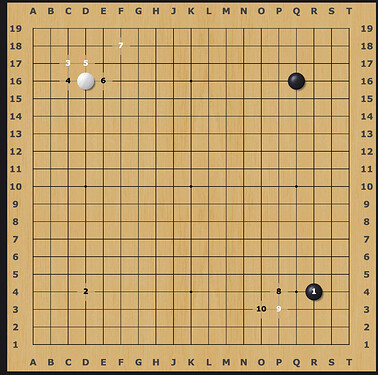 I asked for a similar/related feature here but I don’t think it got implemented?

I do have one extra suggestion: Since the intended use is during the AI review after the game has ended, could there be a way to toggle off the pre-computed variations by the review when using the new feature? [image] From a recently finished game. Suppose I want to test out some moves starting with 1 which was the AI suggestion, but then it’ll overlay that whole variation on the board. I get that the AI would still probably want to play something similar as long as I follow along, but it m…

I’m not surprised it has been mentioned before, it’s such an obvious hindrance at times. Personally, and especially when its all clustered around a local position, can’t make much sense of the board state at all. And yes, your concern is valid, the numbers shouldn’t be visible with the suggested feature either. The idea is that one can get a clear view of the position, and only the position, which currently is impossible without disabling AI analysis.

Yeah I agree. AI is a huge boon. Especially since Lizzie development stopped and Katrain is kinnda hard to use and understand. Ghost numbers are annoying as hell tho.

I understand the concern and in a fighting scenario it can be annoying, what I do is play in a position like A1/T19 to break the sequence chain to be able to see the position more clearly, not ideal but works

Haha, fair enough. Looking more for a solution than a work around though. It really shouldn’t be that hard to implement, I mean there is already something that is turning it on and off as the AI variations appear.

Even if you wish to use ghost variation, its too hard to comprehend it 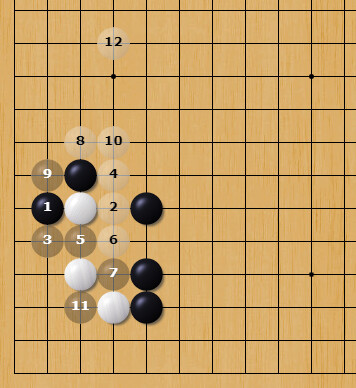 while you click those moves one by one, numbers eat your attention
So there should be option to turn off ghost variation even in order to use ghost variation
But, how to know where to click if numbers are turned off?
Variation should automatically appear in variations window if you click AI suggested move, so you can use keyboard right arrow to look at this variaion
It would be much faster to use and easier to understand that way.