Yesterday I assigned my first triple ko jigo, which reminded me that this once happened to me too and made me think that it might be a good idea to collect all our games in one thread.
Share here your triple ko games!

It has happened to me only once, on DGS. 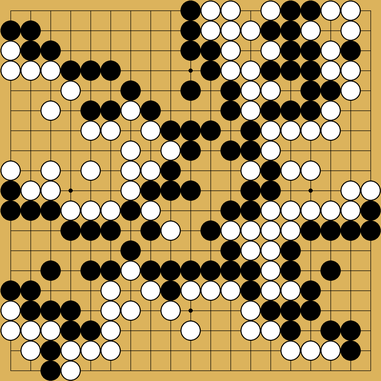 Note that top right is double ko seki (I think), but no one could afford to lose the ko in the middle because the game was very close.

I’m aware of this one: 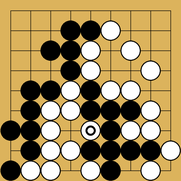 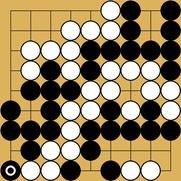 Here’s the one from yesterday. They played it for many turns.

This one is not a triple ko, but instead “eternal life” 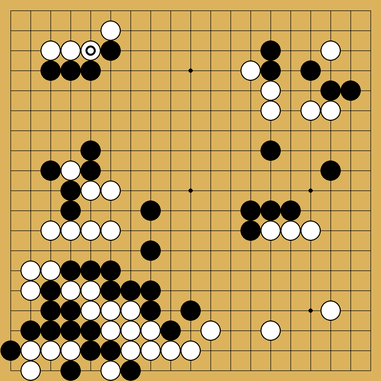 @Vsotvep came across this one

Holy crap you’ve already had two of those? I though one had become 6p to unlock them?!

Ah I see, the one you were referring to yesterday you were just arbiting. It appears that superko no-result happens about once in 9000 games in professional play, so for kyus, I feel like getting one in 30’000 games is already quite lucky

Although it appears that Cho Chikun himself has 3 superko no-results in NHK games to his name, so arguably it’s not just a dice roll, play style and specifically looking for this ressource when behind surely increases chances.

I don’t think I’ve ever had a triple ko in my own games, but here are a few small-board no-results that Friday9i recently shared on the KataGo Discord server: 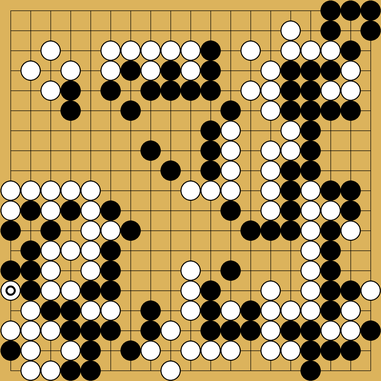 Here is an Eternal life that happened in a KataGo 9x9 training game a few days ago: 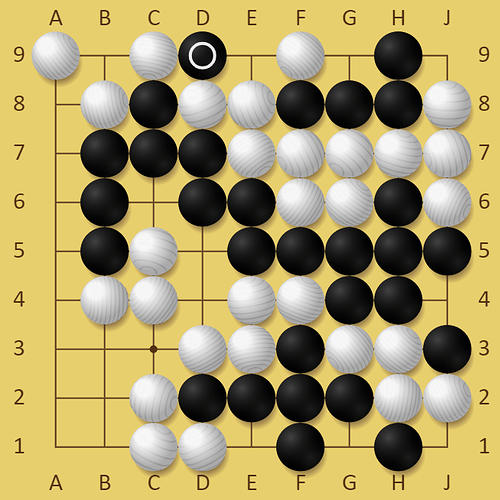 If this was played with superko instead, move 68 would have been illegal, and black would win.

Amazing one! G1 right before the triple ko is a “losing move”, right? (maybe call it tie-move? it became a tie, but white was winning before that).

If white throws in at say H9 instead of G1, white captures black, connects everything and wins comfortably. G1 instead gives black time to start and force the infinite loop.

Amazing one! G1 right before the triple ko is a “losing move”, right? (maybe call it tie-move? it became a tie, but white was winning before that). 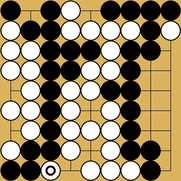 Another blunder! That one should actually not end in triple ko under Japanese rules

This position is what is known as “local” or “self contained” Moonshine Life. (It might be a triple ko under other rulesets, for example I think that modern Korean Rules which are similar to Asian Games 2013 would rule both groups alive if players end the game, so white will then prefer to force the repetition).

Due to life and death determination in Japanese rules, if left at the end of the game, white is alive and black is dead (intuitively, the apparent “symmetry” is broken by white having an eye and black not, but the actual justification is based on hypothetical play with the Japanese special ko rule for hypothetical play).

This is identical to Life-and-Death Example 8: triple ko with an eye on one side . The justification of why black is ruled dead is explained there: in hypothetical play black must “waste a turn” passing to liberate one of the kos, and that gives white enough time to actually capture black. The same does not work in reverse, there is no sequence allowing black to capture white, so black is dead.

Note that during the actual game, if white understands this rule and wants to get to the actual end of the game, white can simply pass: if black does not want to pass and instead takes one of the two kos (the kos in the double ko that allow white to live), white takes the other, and now it is black move but black has no (non suicidal) local move at all: so black must either play somewhere else, or pass. If black passes, white passed and the game ends, white can claim that black is dead

if black does not pass but plays somewhere else, then white can happily pass and again it is black’s turn. So black will eventually run out of moves and be forced to pass.

This is all once white has played E3, which is critical so that white’s group on the outside is actually alive, but white managed to actually do that in the game.

In the actual game, my understanding is that the players PLAYED the loop and never passed. Thus, the game actually ends with the loop itself directly in No Result / Tie, never reaching life and dead determination. 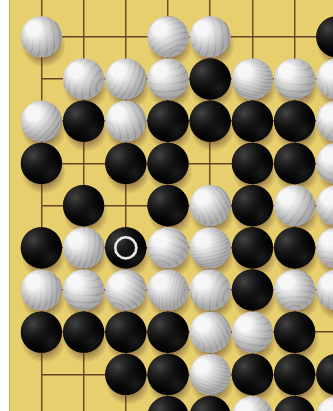 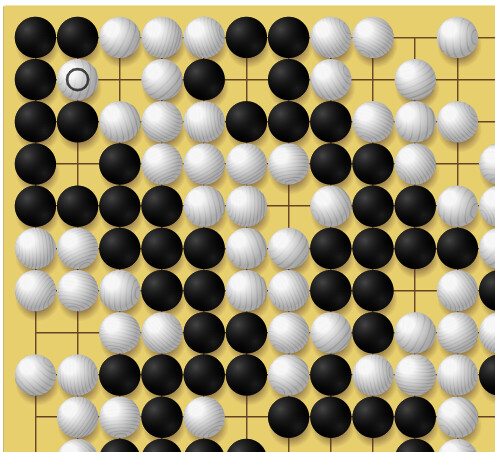 Apparently there is an index of void games on Go4Go!

It includes triple/quadruple ko and eternal life, but also games that were voided for “external” reasons (both Nongshim Cup games on the list were replayed due to unfair computer timeouts, I think).

I wonder if there has ever been a professional game where “both players lose” (a possibility in the Japanese rules).

I know it seems far fetched for both pros to make such a huge blunder, but there are certainly cases where one player makes a huge, uncharacteristic blunder. 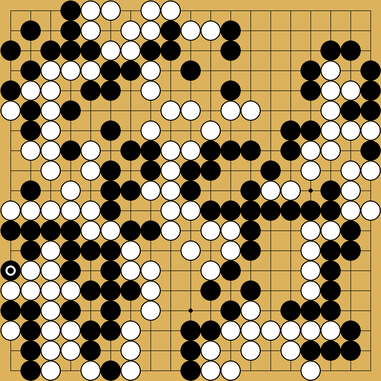 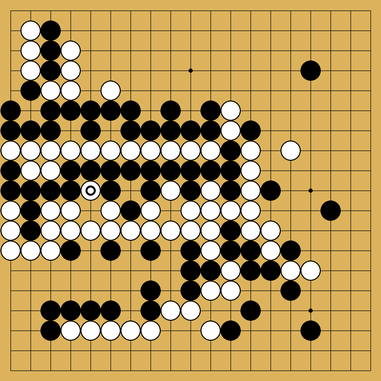