I can’t reliably tell what causes this, but occasionally some/all existing variations in chat seem to break down. Refreshing fixes it.

The variation links won’t do anything but refresh the board to the visible/latest move played.

This does seem to have something to do with going in local board and editing a variation of your own while the game is still going on and new moves are being added.

What browser are you using?
I tried to reproduce with latest Chrome.
I started observing a game and made and shared some variations. Then while the game continued I went back and edited the variations, drawed on the variations, used all different marking tools, edited them, removed markings, removed branches, Reshared. I couldn’t reproduce.

I did stumble upon a bug though. If two different shared variations have the exact same board postions(order of moves might be important) but different markings in them, Then when hovering over one of them, the board will display both of them at the same time. This gives a way for trolls to “destroy” all shared variations. Just share it again with a dick drawed on to the screen. Even if people hover over the original share it will display this dick.

Alright, another strange phenomenon that I notice.

Making a variation, posting it in chat. Then going back to making another variation a bit earlier in to the game. While in modified path in a tree, strange things happen when you hover over the earlier made variation in chat. It seems to sometimes apply the variation stones on top of the being-modified path, but sometimes it also may reset to the correct path to show the original correct variation.

Hmm. I found something similar. After playing my game http://online-go.com/game/1099949
Jefferson.gge shared a variation in the chat. After or during that I was making my own variations and I shared two variations where I counted the score for each player. Those worked as intended. Then I shared a variation seen. 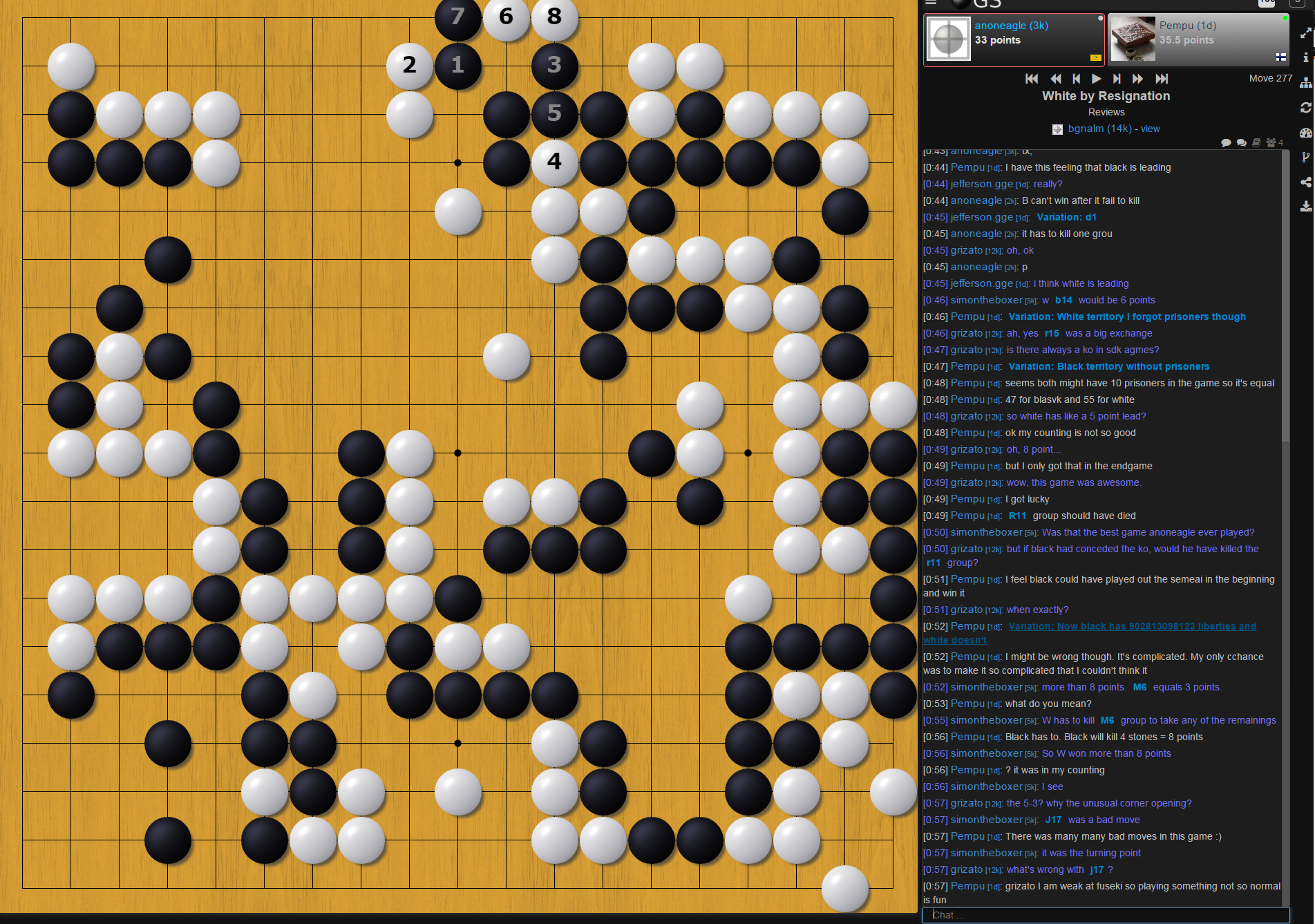 After that when mouseovering my earlier two variations I got this. It has parts of two variations of mine + parts of the third one from jefferson.gge superimposed all at one just like badpunman said. 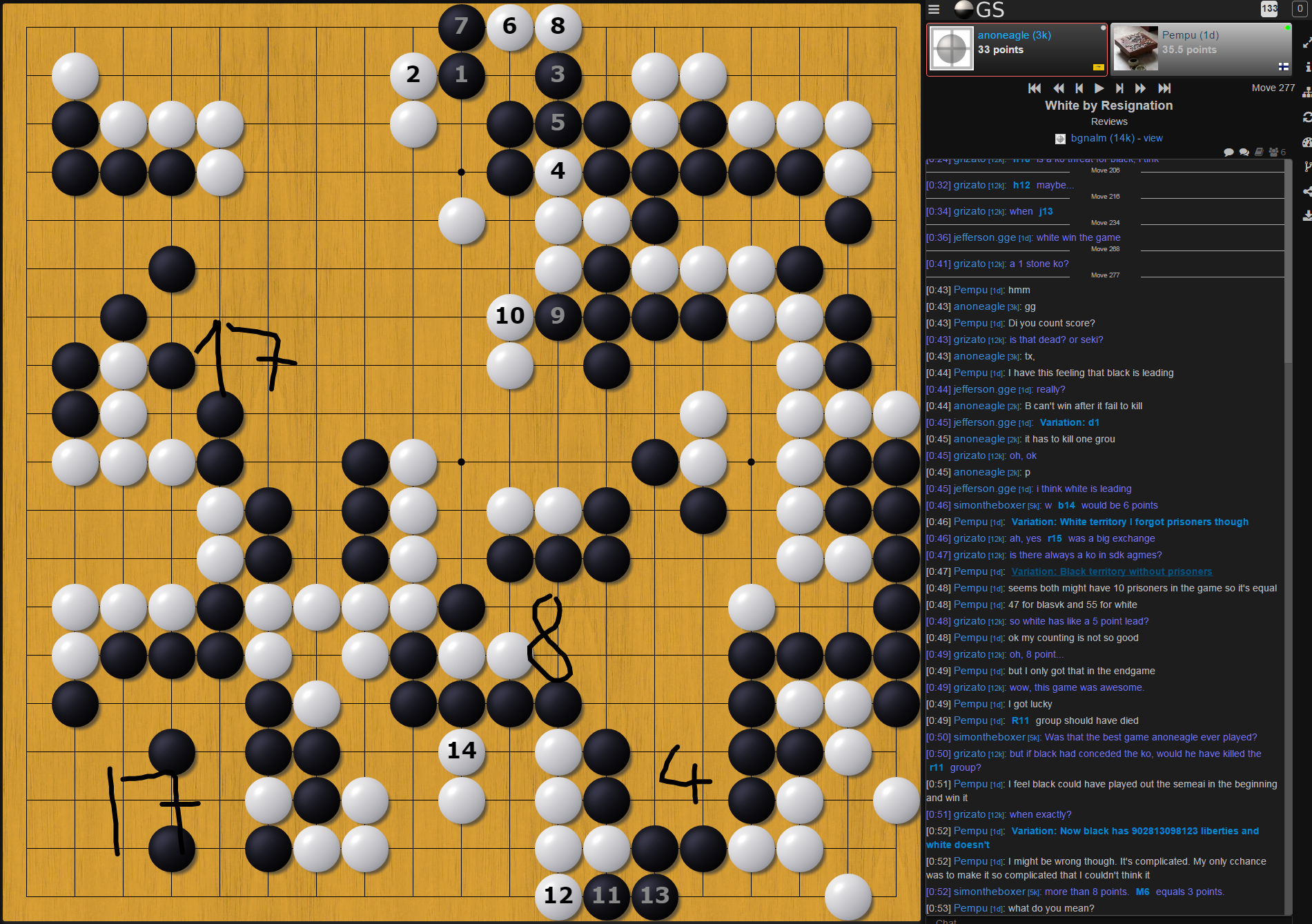 Using latest Chrome. After refresh the page worked as intended.