Let me tell you about Wim Hof breathing.

“Why is it called Wim Hof breathing?” you ask.

Wim Hof is a freaky, awesome dude from the Netherlands. “How freaky?” you ask. This is him: 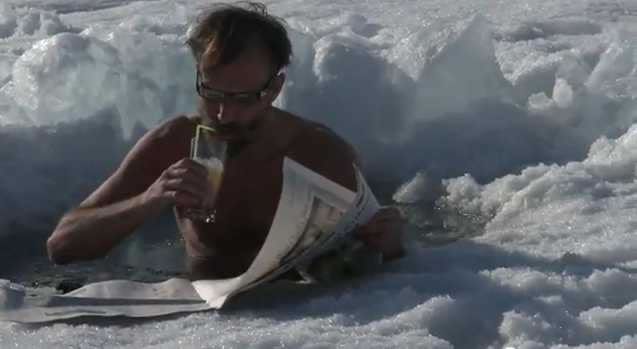 He’s also known as the “Iceman”. He holds at least 26 world records (probably more by now), including:

In interviews, he keeps making the point that there’s nothing special about him, and that everyone can do things like this. To prove it, every winter he hikes up Kilimanjaro with a group of ordinary people, including elderly people, people with rheumatism, people with cancer, etc. Of course, none of them wear anything but shorts and shoes - and they finish within two days.

How do they do it? With the help of Wim’s breathing technique. It’s really easy and works as follows:

Sounds too good to be true? Check out these studies performed at universities all over the world: https://www.wimhofmethod.com/science

At worst, you’ll try it out and go “meh, not my thing”. The method is as simple as I described it above. All the information is available for free. If it sounds interesting, give it a try

What does this have to do with Go in any way, shape (see what I did there), or form? How is this going to help me in the beautiful game of Go? If the book/study is really free, why do they need my name and email address? Will this breathing technique make me a 1d from my current rank at any supernatural progression?

Again, what does this have to do with the game of Go?

What does this have to do with Go in any way, shape (see what I did there), or form? How is this going to help me in the beautiful game of Go? If the book/study is really free, why do they need my name and email address? Will this breathing technique make me a 1d from my current rank at any supernatural progression?

Again, what does this have to do with the game of Go?

Nothing, that’s why it’s categorised as “General chat”.

“If the book/study is really free, why do they need my name and email address?”

They’re not free, but not necessary in order to learn the basic technique which already offers plenty of health benefits. As for your other questions, please refer to the two posts above

Tried it before my audition, and it really does seem to help.
Don’t think my audition was amazing, but I got into the flow more easily

I tried it as well, and although I’m sceptical as to whether “oxygenating” your cells really has health benefits (especially since this guy makes money from selling his story), I have to admit that it works very relaxing. 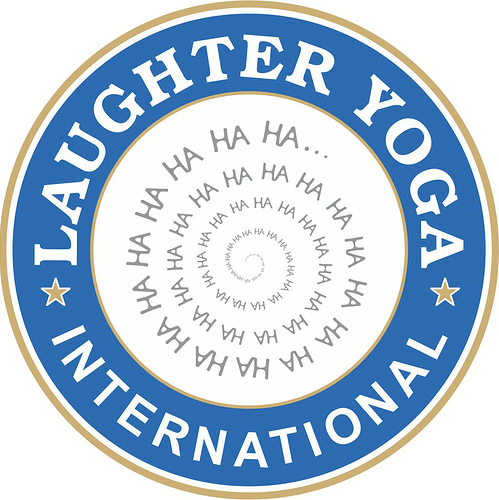 I discovered Wim Hof breathing recently and have benefited even from a cursory practice of it. It takes 5 minutes to learn. There is an immediate positive impact. You can do it anywhere, anytime, and immediately recalibrate yourself to perform better in whatever situation you’re in.

I’d recommend anyone at least to search for a youtube video and follow along. It’s just breathing, eh?

Thank you @Sarah_Lisa this is very interesting

I found these two videos and think they are both quite interesting.

My skeptic mind loves more the second one.

I applied all my skepticism with that guy but I wasn’t expecting to see all these physical changes repeatedly mesured on him and also verified on those he trained for a while - he got “lots” of “regular” people (not necessarily sportiv people, sometimes asmatic people) to climb the Kilimanjaro wearing just shoes and shorts …

My skepticism is not about whether the technique makes you feel comfortable, or whether he can regulate his body temperature, or apparently even lower his immune response after infection.

What I’m skeptical about is whether it makes you healthier or not. Fact stays that climbing the Kilimanjaro with shorts and shoes will push your body to the limit, even if you don’t feel uncomfortable because of the breathing technique. Similarly lowering immune response might be beneficial to people with auto-immune problems, but doesn’t sound like it would make a healthy person healthier. Finally getting lightheaded probably means oxygen deficiency in your brain, which I’m pretty certain doesn’t give much health benefits.

It’s probably not that harmful (granted you don’t endanger yourself by doing the exercise somewhere you could hurt yourself by passing out), but it probably doesn’t give health benefits either.

There’s also the evolutionary argument: if it would be miraculously healthy, why aren’t people doing this naturally already? There’s enough counters to that one, but still.

I’ve stayed out of this discussion, because I didn’t want to appear to be throwing cold water on the subject. I actually think there may be something valuable in this and would probably have tried it in my younger days. However, since no one else has put the claims in perspective, I think maybe i should do so (as a former distance runner and longtime hiker).

A half marathon in 5 hours, 25 minutes is walking pace—indeed it is a casual walk. Of course, walking would be colder, but it is not a notable athletic achievement. Serious runners used to work out (and may still) in temperatures down to the upper teens F. wearing nothing but shorts, t-shirt, and a warm knit hat. We were perfectly comfortable for a good 10-15 miles, as long as we kept moving. Sweating is the danger in such weather, so stripped down is advantageous. We used to hike off trail in Shenandoah N.P. in the dead of winter and strip down to bare chests when ascending a steep slope. Dry cold is much less problematic than freezing rain. Incipient hypothermia from the latter once forced me to drop out of an ultramarathon where I was in 4th place out of more than a thousand. The secret to surviving such extreme cases—which I didn’t know at the time—is to grease the body with petroleum jelly, and I can’t help wondering if Hof did that.

The Namib desert claim is much harder to believe. First, a person who covers a half marathon in more than 5 hours certainly isn’t capable of running any marathon. Perhaps they could cover the distance at a slow walk at night, but not in the heat of the day, in my opinion. The body is very unforgiving in its water requirements, and the onset of disaster can be fast (I once witnessed heat stroke in a summer 6-mile road race). Some people sweat a lot, so they do well in heat if they have a lot of water. Others sweat little (I knew such a person) and can’t subject themselves to high heat even with a good water supply. In another ultramarathon, this time in hot weather, I was quite dizzy at the finish from dehydration despite hydrating throughout the race and being in good racing shape. A good benchmark is my experience hiking in White Sands in 125 degrees F. I drank almost a quart in two miles (staying well hydrated), but turned back, giving up on my goal of reaching the dry gypsum lake at the center of the desert—it was just far too dangerous.

@ Vsotvep The lightheading doesn’t come from oxygen deficiency, it’s the opposite…

you seem to look for something to undermine this, and obviously you don’t like the guy; all I can tell you is he’s not about the money, that’s for sure. You’ll feel it too if you listen to him a bit. He’s commited, to say the least. That doesn’t justify anything he says, science does it now, and we learn stuff.

This guy kindda rediscovered “by himself” https://en.wikipedia.org/wiki/Tummo

He basically exposes himself to cold and does breathing exercices similar to the ones you do to train for freedeving.
We use to do these breathing techniques to last longer in apnea - I was in the course of becoming a lifeguard / swimming coach - but nobody told me nor knew it could have health benefits like the ones we know now; lots of positive measurable changes happen in the body, much faster than what the “Tummo trainings” propose, if I may say, and without all the religious stuff…

Thanks to him science also found the supposed maximum oxygen we can take in our cells wasn’t the max at all. Some of the “Wim Hof trained people” can triple their metabolism, thus the inner heat. Which in itself is already mindblowing, to verify it can happen fast when a regular guy trains for a while, but not as much as knowing the immune system could be consciently influenced, or that you can inverse your body pH by “breating” 20min…

@rafar: It does come from oxygen deficiency though. What happens is that your body exhumes more CO2 than it produces, which gives you CO2 deficiency. One result of a lack of CO2 is that the arteries bringing oxygen to your brain get constricted, which in turn results in oxygen deficiency in your brain. Note that in a normal situation your blood should already be almost completely saturated with oxygen, so these breathing exercises don’t “raise oxygen” but instead “reduce CO2”.
This is why you keep breathing during hyperventilation, since your brain doesn’t measure the levels of oxygen directly, but instead measures CO2. While hyperventilating you exhume more CO2 than you produce, hence your brain gets to the incorrect conclusion that you need to breath for more oxygen.

That is also why you can hold your breath longer: because there is so little CO2 in your bloodstream, your brain won’t think you run out of oxygen until CO2 reaches a certain level again.

Actually higher saturation of oxygen in your blood (which is not possible with normal pressure levels) is very dangerous. Under high pressure gases dissolve in your blood a lot easier, which can give problems like decompression sickness (basically too much nitrogen in your blood, so the extra nitrogen becomes gasseous inside your body after returning to normal pressure levels) and hyperoxia (same thing, but too much oxygen). Oxygen is a very reactive molecule and hence pretty toxic in that it reacts with a lot of molecules in your body if given the chance. Basically your body starts to corrode.

And like I said, I don’t doubt that he can indeed manipulate his metabolism and such, that is truly mindboggling. But I am doubting claims that it is healthy. I have a lot of respect for Wim Hof that he chose the path of scientific research. There are enough people who invent a “cure” for something and then deject any scientific research (homeopathy, earth lines, moon energy, most new dietary trends; that kind of stuff). If something works, it should work under controlled circumstances, which Wim Hof proved his breathing technique does. I’m just saying that you have to be very careful in claiming something has health benefits.

Erh… This is exhausting, I feel like talking climate change with Trump voters, sorry I’m out…

You seem to be trying to convince me that he first one has the answer “yes”, which I’m already convinced about. So we agree.
Meanwhile I was trying to state my skepticism about the second question. My opinion is that there is inconclusive evidence for any health benefits.

What I wote in my previous post was just a clarification for why I believe the lightheadedness is oxygen deficiency, and not oxygen surplus. It doesn’t really have much to do with neither the first nor the second question.

Finally I feel we’re both reasonable and capable of having a discussion at a higher level than the climate change discussions you mention.