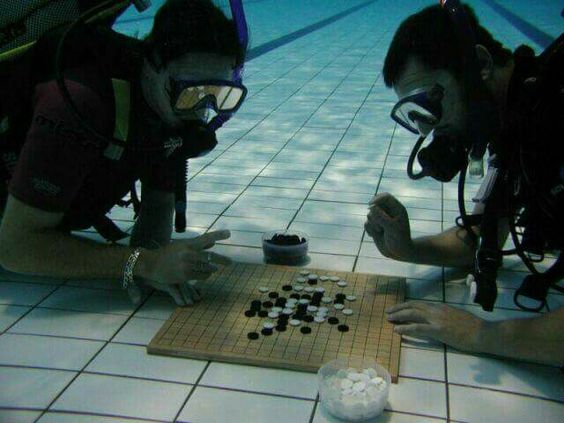 Even the pool base is a grid

Who needs a board?
They could play with giant stones!
19x19.

My idea of a vacation

- it was unpredictable at times, but beautiful nontheless. 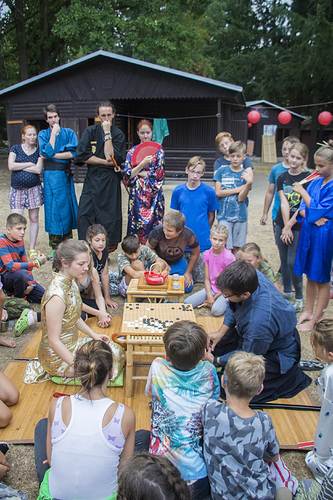 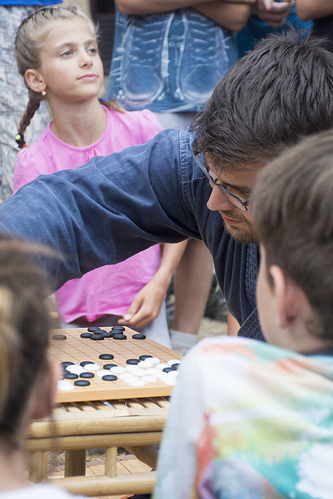 @Misjamig that poor board though

@Misjamig that poor board though

Underwater chess is a thing though, without the diving gear, where your time limit is however long you can stay underwater.

without the diving gear, where your time limit is however long you can stay underwater.

That could kill not only groups of stones but also players!

When I was in…, let’s call it junior high, the guys liked to fool around by leaning against a wall, holding their breath and have someone press against their solar plexus until they passed out. I think that’s more dangerous than overoxygenizing your cells. Underoxygenating.

leaning against a wall, holding their breath and have someone press against their solar plexus until they passed out

I don’t understand: is it so easy to faint? Hold the breath and push the abdomen?

Actually, it seems that the deep breathing, because of expelling a lot of CO2, actually decreases the oxygen to muscles and brain. It’s another way to suffocate yourself. Exactly the opposite of what Hof says.

I know what smurph is taking about. I think he meant the jugular and carotid arteries though. … at least that’s how I’ve seen it done.

No, they didn’t strangle each other, even though that would also be an option. Pressure on the solar plexus limits bloodflow through the aorta. Similar effect though.

crazy… learn something new every day 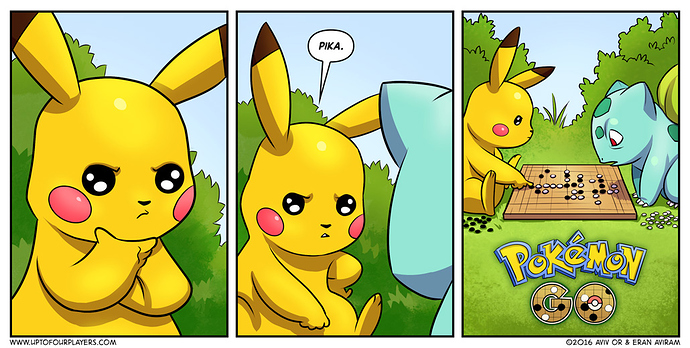 Sure doesn’t look so good for Pika… 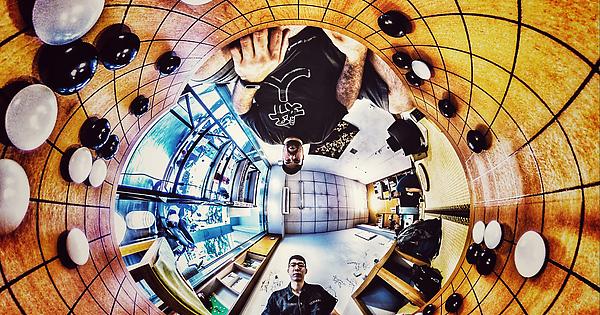 12 Likes
New anti-cheating rules in Russian online tournaments
How to record yourself playing in a tournament
Lys September 18, 2018, 8:50am #190

Is this an actual picture? No photoshop?

Absolutely awesome picture, could you please name the source/originator, @b_runner? I’d also dearly like to see the unedited photo.

Yes, there are some filters, but I was asking about fisheye distortion: I’ve seen drawings like this but the caption for this picture says “Put my 360° cam on the Go board”.

After that I looked for 360 cams on internet and learned a lot.

I didn’t know they were so small and affordable. Mind blowing!

Are you sure that’s Go? Judging by the board position, it looks more like gomoku to me (“five-in-a-row”.) In fact, if you look at the very move that Pika’s playing, he’s stopping the bulbasaur from playing there himself and making a long enough line to win.