Why can't we just ask new players their rank?

If Glicko is going to adjust itself anyway, what’s the harm in beginning from a more accurate starting point?

I am not going to weigh in on the technicalities of Glicko 2; the short answer, I suspect, is because that is how Glicko works: it starts people in the middle of the community’s range. The real reason for my post is to point out that there is a generally unrecognized advantage to Glicko. It greatly limits the life of alt sandbagging accounts. People start so high that they reach their real rank much more quickly. Thus they must make more alt accounts in a shorter period of time. The proliferation of accounts becomes increasingly obvious to the moderators, who can ban them sooner than in a slower system.

sandbaggers may be problem for beginners. But normal SDK are bigger problem. Beginners don’t understand ranks. They keep playing vs real SDK and losing. While their rank only increasing because some SDK escape.

For comparison, DGS uses an ELO based rating system and does allow users to input their initial rank. Details are on their FAQ page here: DGS - FAQ

However, the DGS system relies on trusting the users, e.g.:

Dragon tries to provide useful ratings, but this depends upon your cooperation. Please do not set the initial rating for your new Dragon account to a value far off from your real level.

In practice, this seems to work on DGS; after > 300 games, I have never experienced any instances of sandbagging or air-bagging as far as I can tell. In comparison, after only ~130 games on OGS, I have experienced issues multiple times. Maybe it’s just a consequence of OGS being more popular that it attracts more baggers. Or the fact that DGS is correspondence only and baggers probably don’t have the patience for that. Whatever the reason for the difference in bagging rates, I expect that this difference means such a trust-based system might not work so well on OGS as it would be too open to abuse in an environment where abuse is more prevalent anyway.

after > 300 games, I have never experienced any instances of sandbagging or air-bagging as far as I can tell

Same for me after more than a thousand games… on OGS. Guess it’s a live game issue.

I have not done the maths, so I am just repeating what as already been said by others who supposedly have done it:

… “for glicko rank pool to remain stable, all new entries have to start in the middle”.

That, IIRC, is the stated reason why we stopped asking.

What I said is true, and your post does not change that. Contrary to what you think, alt sandbagging is a huge problem for weak SDKs and strong DDKs (say about 8k-14k) not just beginners. The problem you describe is also a real one, and as with most issues in the adult world, a gain-loss calculation must be made if one is to choose between the two alternatives (and preclude other potential solutions).

Not sure whether your second post refers to me or to dragon-devourer. The statement “your measures” is confusing because I don’t have any measures. I was simply describing an advantage of Glicko that is probably not well known. And your second post suffers from the same false assumption that sandbagging is a beginner’s problem.

Yes, I would very much like to see OGS unfriendly to sandbaggers. Which raises the question, why do you like sandbaggers so much?

@dragon-devourer: OGS used to have people pick their rank, but it had problems, too, as discussed in the thread that introduced Glicko.

I answered to no one, its separate post. By “you” developers of OGS are meant

Thanks for the clarification.

Which raises the question, why do you like sandbaggers so much?

if there is a villain in the crowd and hero is going to destroy him by huge explosion. If I say that I against this plan, does it mean that I like villain?

OGS used to let you choose your own rank. There were many more dan players, especially 6d. They were also playing suspiciously similar to random bot.

I checked my history. When I first joined OGS end of 2018, it took fewer than 20 games for me to get my rank in norm. I suspect it could be faster if I knew what my rank was and how rank system works. I recalled when I beat a 10 kyu easily, I went to challenge a 13kyu next, thinking 13 is stronger than 10.

Fox uses auto match. When I started an account as 14kyu, it took me over 100 games to get to norm. Very funny.

Fox offers to self rank up to 3d though. I was using Mac version, probably it had a bug.

If you had said that in your post, instead of implying that there was something inherently wrong with being “unfriendly” to sandbaggers (a strange description), then it would have been more clear. As it is I don’t think I would compare Glicko to a “huge explosion,” but I am getting used to melodramatic exaggeration in the Forums.

but I am getting used to melodramatic exaggeration in the Forums.

I wouldn’t mind if forum dwellers would engage in the art of understatement more often. 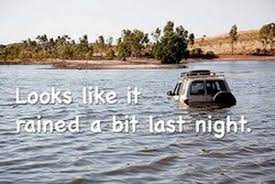 That recalls Dorothy Sayers’s The Unpleasantness at the Bellona Club

Is that from that wonderful movie about a coca cola bottle?

OGS used to let you choose your own rank.

Like, there was so much negative effects on users choosing their own rank when registering.
Some total beginners didnt know how ranks work and chose 6d, some experienced players chose 30k “to see how high they can climb” (this caused pretty much all ddk’s being stuck as 30k and getting beaten by 30k’s with sdk-level skills), some deliberately chose high ranks in order to get to play with dans and/or make themselfs look good, and some ppl just didnt care so they chose something randomly.

When put all of those together, ogs ranks were more or less useless for large part of servers population. And i also remember when “could some moderator change my rank” was the most asked question on ogs chat.

I did mention that above:

OGS used to have people pick their rank, but it had problems, too, as discussed in the thread that introduced Glicko.