You know you are a Go addict when …

A bit freudian but not place on Earth to hide from Go.

Hang on, didn’t we already have this in the Go Memes thread?

Ooh, I actually know this one! The phrase “flip the bird” actually comes from a late 19th century slang phrase “give the big bird,” which more or less meant to hiss like a goose (the big bird) while someone was on stage.

The part I had no idea about was that a famous baseball player had his picture taken with his middle finger up (which has been an insult in some variation since we’ve had fingers) and someone connected the two.

Also: the subtle bird will permanently be added to my vocab.

There’s a collectable baseball card photo with a serial killer in the background… I don’t remember any more but Google should tell you. 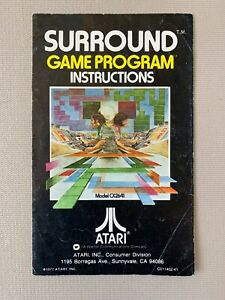 Why Do We Play Baduk? General Go Discussion

To gamble and waste time. Its like a drug, much more interesting than the real world. When you play baduk and hear the sound of the stone hit the wood, it feels like your in heaven or some other world. But we have to live in this world. Hopefully there will be time for baduk in the next world and baduk tables will be everywhere. Its like dungeons and dragons, math, happiness, peace and quiet, a fake war, sudoku, connecting with a common bond that spans 2000 years, the excitement of winning or lo…

… When you close your eyes and hope for a quick nap, but in your mind you see a ko threat.

The Tetris effect (also known as Tetris syndrome) occurs when people devote so much time and attention to an activity that it begins to pattern their thoughts, mental images, and dreams. It takes its name from the video game Tetris. People who have played Tetris for a prolonged amount of time could find themselves thinking about ways different shapes in the real world can fit together, such as the boxes on a supermarket shelf or the buildings on a street. They may see coloured images of pieces f...

Analogously, I think we can call it the “Go effect”

I’ve had the Tetris from actual Tetris, the MOHAA where I would continue to hear the rain out of my headset and IRL and the FPS in general where I would see the heartbeat GUI (?) when I closed my eyes.

… I guess I have a predisposition.

I had the Tetris effect from “Combat Mission”, a WWII strategy game. I used to see the landscape rendered the way that game did, with hull-down positions for tanks etc. I stopped playing that game

I had it after playing Assassin’s Creed, suddenly every building looked like a climbing wall…

I’ve also had it with Tetris, since it was the only distraction I had during a 2 week hospital visit. Wish I had discovered go at that time…

Nothing to do with Go, but once or twice I felt the impulse to ctrl+F something I had misplaced in my house and a piece of info I knew but couldn’t remember on the spot.

From 1 to dystopian sci-fi where I’m an extra, how much should I worry?

Just a quick note on the whole phenomenon of “I’m seeing this game in my sleep” - even though the dreams themselves may be disturbing, or lead to restless nights, the fact that you’re dreaming about this stuff is a GOOD SIGN.

Why? The answer has to do with the role that dreams play in turning our day-to-day experiences from distinct chunks of short-term-memory to elements of global strategy that the thalamus can use to communicate with the frontal lobes, and become strategic shortcuts for life going forward.

Some of this has to do with housekeeping. If we’ve had a lot of similar experiences cluttering up our short term memory, dreaming is our brain’s way of clearing that cache. These types of dreams tend to be really boring - where we’re doing the same thing over and over. But at least once the brain has gone through the process, your short term memory will return to a more robust state, and you will have more metaphorical RAM available to absorb new tasks.

The other reason for dreaming about those things is to distill 100 memories of somewhat-similar-but-slightly-different experiences into a single nugget of strategic response, and add that to your current arsenal of problem solving strategies.

So yeah, it might not always make for a pleasant night’s sleep, but believe me - good stuff is going on in there, and you’ll be thankful for it going forward.

I’ve had the instinct to want to Ctrl+F when looking at physical textbooks before.

~30 years ago a friend of mine accidentally dropped and broke her coffee mug and exclaimed “apple z, apple z!” (meanwhile Apple has removed the apple with “cmd”, sadly).

I felt the impulse to ctrl+F

What about ctrl+Z for undo?

I don’t use it that much but I have friends working in the comics/illustrations industry: they work
a lot on PC and they are very addicted to this shortcut.

This applies to my life.

What about ctrl+Z for undo?

As OGS players, we’re trained to “request an undo” when we misclick our way through real life.

… when you don’t quite know how to begin a project, and you go look for a joseki dictionary

I had the Tetris effect from “Combat Mission”, a WWII strategy game. I used to see the landscape rendered the way that game did, with hull-down positions for tanks etc. I stopped playing that game

This reminded me of some old times, OT I know, but this may have been on of the moments just before I stopped playing CM …