Recently I came across this website dedicated to a weird go variant. Despite some very complicated rules, this variant seems to have attracted a small but passionate following - they even have their own tournaments!

Because of the sheer number of rules, it can be very hard to get started playing, and I must say the tutorial doesn’t really do a good job of explaining all the changes, instead jumping straight into some cryptic puzzles.

So let me try to give a short introduction here, to increase the chances of this strange variant catching on. Despite all its oddities, I’ve come to rather enjoy it after a few games!

Since the variant is still new, a small board is used. I expect that they may move to a bigger board in the future once they have figured out the basics of the game.

Also, stones are placed inside the squares instead of on the intersections. The reasons for this are not clear, but it means that the standard 9x9 board is actually in effect 8x8.

One of the most intriguing aspects of this variant is that not all stones are the same! There are no less than six different types of stones, each with their own symbol:

Every game starts from this setup, with each player having 16 stones of their color placed along the first and second lines: 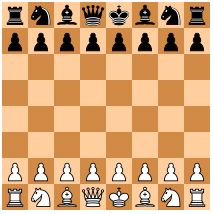 Ignore the different colors of the squares on this board - they have no impact on the gameplay.

Don’t worry, you don’t need to remember the exact setup! The server will take care of placing the stones correctly at the beginning of the game.

On your turn, rather than placing a new stone, you should pick up one of your stones and move it to a new location. However, you may not freely move your stones! They are allowed to move only in certain ways, and the rules are different for each type:

There is also a special move that can be done with two of your stones at once, but it only happens under very specific circumstances and it’s too hard to explain. You’ll recognize it when you see it!

Again, don’t worry too much about remembering all the details - just click on one of your stones and the computer will help you by highlighting the squares it can move to.

If you are able to move one of your stones to a square which is occupied by an opponent stone, you may remove the opponent stone and replace it with your own stone. This is the only way to capture stones - surrounded chains will not be removed from the board! I’m not sure if this is intended behavior or if the developers just haven’t gotten around to implementing normal captures yet.

A slight variation of the traditional ko rule is used. Repeating an earlier position is allowed, but when the same position happens for the third time, either player can claim a draw.

Each type of stone has a point value associated with it (for instance the pawnstones are worth 1 point each, while the queenstone is worth 9 points). Throughout the game, you can see to the right of the board who is ahead on points and by how much. This is a type of stone scoring - territory does not give extra points. Also, komi is set at 0, because the advantage of moving first is judged to be less than 1 point.

After two consecutive passes, the player with the highest score wins.

Unfortunately, passing is not yet implemented. In the meantime, there is an alternative way to end the game: capturing the opponents kingstone! You can usually do this without too much trouble when you are ahead on points.

As a beginner-friendly feature, the website will prevent you from making “suicidal” moves that would allow your own kingstone to be captured. Also, if your kingstone is about to be captured but there is no move that could save it, you will automatically resign (so you don’t waste time looking for a move that doesn’t exist).

If neither player is able to capture the other’s kingstone, the player with the lower score should resign (or if the score is equal, you can agree to a draw). If you encounter someone who doesn’t resign when they should, call a moderator and they will sort it out.

Since the variant is complex and the website is still under development, there are inevitably a few bugs:

In a game between competent players, a pawnstone should obviously never make its way all the way across the board. But if you work together with a friend to make this happen you’re in for a funny surprise: you will be allowed to replace your pawnstone with a stone of any other type! (except king) Replacing a pawnstone with a queenstone is obviously way overpowered, so this is by no means meant as a game mechanic. It’s just a placeholder until a better solution is figured out for what should happen in that scenario, and since the situation never comes up in serious games anyways, there seems to be no rush in changing it.

What are your thoughts on this variant? Do you have ideas for how it could be improved?

If you want to play, there are usually a couple of people online looking for a game, just use the automatch! I’m also happy to play some games with anyone wanting to try it out.

What are your thoughts on this variant?

I’m new to this lovely variant. Played a game a couple of days ago. See the link below. During the game I was so lost. It’s so different from regular Go. Any advice how I can do better? Thanks.

I was black in this game.

We’re all just starting out with this variant, I doubt anyone has put enough effort into a mere variant to become strong enough at it to give any expert advice. After all, that time could be used more efficiently to become an expert at the more simple and intuitive game of Go itself.

But who knows? Maybe some lunatics are crazy enough to study this weird variant.

Joined. Stunned for a moment when I saw there were only 10+ members in the server as I read your post as “there are over 2000 friendly board game enthusiasts” lol.

I’m not sure if I’m as good as my rapid rating suggests. As others can see I haven’t played enough games to get rid of “?”. Also I feel rapid time setting favors me more than blitz or classic because in blitz I’ll make tons of blunders and extra time in classic is a waste for me.

Back to the game, opening is the phase I’m worst at. The only thing I know is “developing pieces”. I guess this is similiar to “corner > side > center” in Go. So I humbly welcome any comments, advice, insights from players who are more familar with openings than me.

I’ve done hundreds of puzzles and my puzzle rating reached 2200 at my best. Hence I’m pretty confident with my midgame. However, the problem is, I don’t know how I can make my games into a puzzle position. I’m like a Go player who doesn’t know how to play Go unless there is an instant kill. So I’d be happy to have some input on that aspect too.

Heavens no, I’m pretty sure chess has fewer than 2000 players total

I’ve played lots of 3+2 games, but I somewhat intentionally don’t worry too much about improving, so I’m not very good

I watch a lot of chess videos/streams, and when a strong player explains their thinking during the opening/midgame it sometimes makes sense to me, but in my own games I have a very hard time applying any kind of strategy. I try to follow the basic principles, but mostly I’m just making random moves and hoping for some tactical opportunity to magically present itself…

Alright, I’ll revive this. You know you are a Go addict when you have to catch yourself thinking “Why are those people putting chess pieces on a 9x9 goban?” every time you see people playing chess.

Oh, so that’s what they were doing!

During the game I was so lost. It’s so different from regular Go. Any advice how I can do better? Thanks. 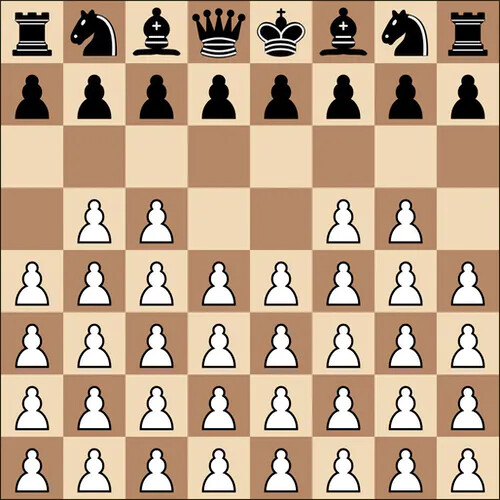 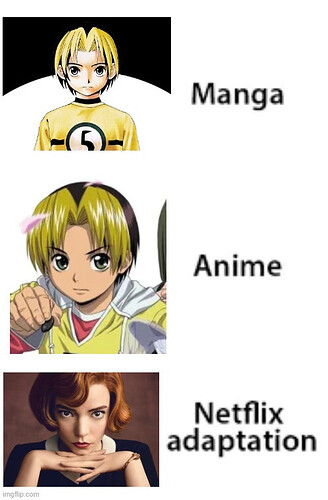 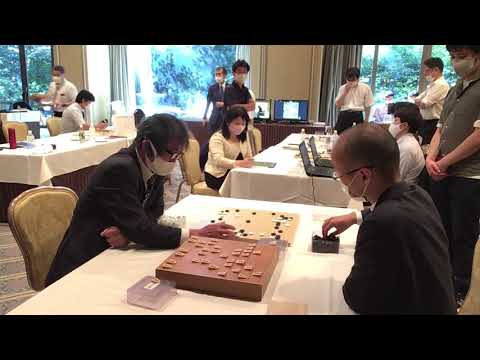 Ah, it seems that they fixed the issue where stones couldn’t be placed in that variant!

Another related variant with less drastic changes to the aesthetics 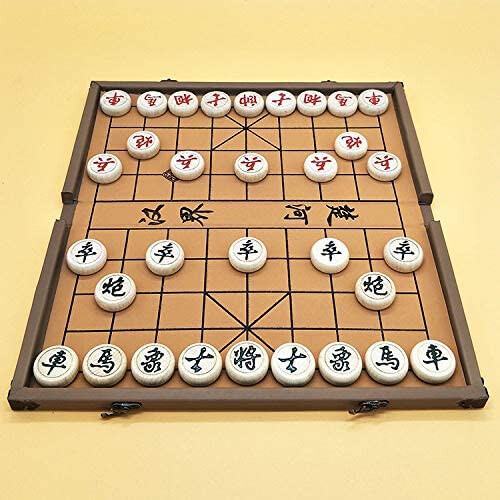 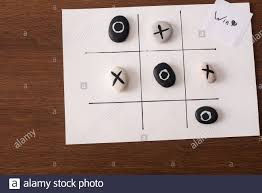 has anyone played this variant of go? it seems the hardest and most complex of them all.

I think you’re confused, that is a variant of gomoku, not of go.

Clearly, this so-called “chess” variant was constructed to provide a much simpler form of the game, meant for those not quite ready for learning Go, and ideally targeted at young children to offer a gentle introduction. Of course, it offers no strategic depth to interest adults, and even toddlers must quickly grow bored of it. When that inevitably happens, it’s best to immediately move them along to a more complex variant, such as playing on this 10x10 board: 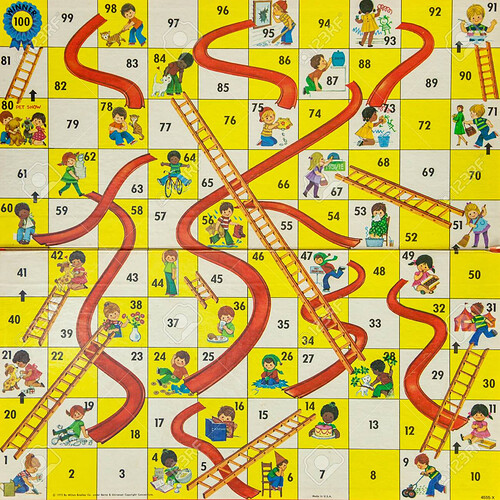 More advanced pupils might consider this one, if they are still not quite ready for Go 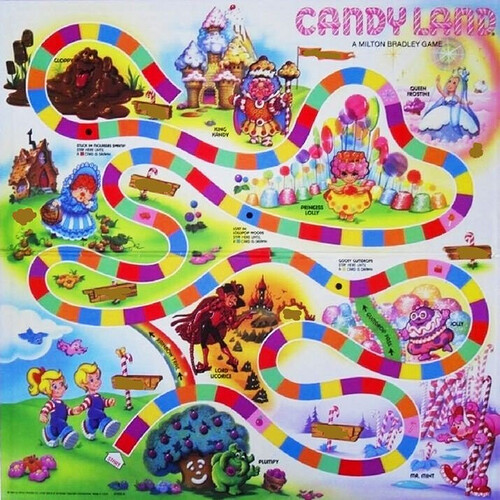 Chess is a royal game.

Go is an imperial game.

Another strange variant, this one is called “Starcraft” for some reason. Some of the basic territory mechanics are included, but most of anything remotely similar to go seems to be scrapped or changed, strangely enough 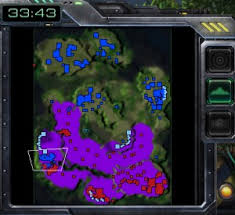 (What seems to be a mini version of the game, as the board is large enough to dictate such a thing I suppose)

Phew! At least you didn’t call it Oriental!