Clearly they mean that people put on each other’s clothes to promote the use of alcohol during the drop in the sale of records.

But it’s a little surreal to be going about your business, living regular life, and have life suddenly turn into “Twelve Monkeys” or “The Stand”.

It’s not that I’m scared. I’m brave. Always wanted to be brave. That’s why I’ve loved horror movies since I was a tiny child. I also love science fiction.

I think, if you have a dream about Mother Abigail or Randall Flagg, then we’ll know we’re in trouble. Till then, we’ll probably be ok. I asked my dad and he said he’d probably dream about Flagg. What do you think? Going to make a stand against evil or does the devil have his reasons?

If anyone claiming to be from the future has traveled back in time to stop terrorists called the army of the twelve monkeys from releasing the corona virus, then we’re in definite trouble. Actually it was never the Twelve Monkeys that did it, it was a lone creepy guy. Watch out for that creepy guy.

But obviously, it’s too late now. Will we have to live underground like in the movie?

Interesting difference: the flu in twelve monkeys doesn’t appear to be zootopic, the one from “The Stand” is. Corona virus is. That means it’s contagious to animals too.

It’s not contagious to most animals, only some.

But obviously, it’s too late now. Will we have to live underground like in the movie?

A big issue I think we should talk about more that no one is talking about is that there are no migrant workers to help plant in farming fields. Normally you’d see 600 or so come in from some other country to work in a state or province for a few months but now we’re only getting about 100.

I don’t see civilians from Canada or the USA picking up the slack and actually earning their covid relief money, so there may indeed be an actual food shortage in fall. Couple this with meat processing plants in Alberta closing due to COVID…

there might already be people living underground though. why else would people need so much toilet paper? They’re living in their cold war bomb shelters, obviously.

You might be interested to know that Twelve Monkeys is loosely based on La Jatee, a most beautiful short film that I highly recommend… (Brad Pitt cracks me up in that film).

Coincidentally it may have been the final entry in The Raptor Game. RIP.

Coincidentally it may have been the final entry in The Raptor Game . RIP

If you have a reason to necro the thread(or if you want to continue the game), what I got from the first half of the necro thread is that it needs to be relevant to whatever you are posting on.

I did know that, although I haven’t seen the short film. Glad to see someone else loves Brad Pitt. Just might be my favorite ever performance ever. Brad Pitt should have been given more character acting roles and less “handsome guy” roles.

Did you know they made a “12 Monkeys” tv show on the SyFy channel? I’m watching some of it, they changed everything obviously, and it’s literally painful to watch someone else try and be Brad Pitt. I’m just so prejudiced. I thought he was so funny in that movie. How could anyone, ever, compare?

There is an alternative to work in internet - to live at work instead of home.
Some started to practice it in Russia.

On a more serious note, I am worried about Coronavirus.

I’m not convinced, you played 70+ moves in 3 days time. That’s faster than most fast correspondence games!

At the end, I’ll stall until COVID-19 is eradicated.

At the end, I’ll stall

What if they lose and resign? You can’t stall your opponent from resigning. 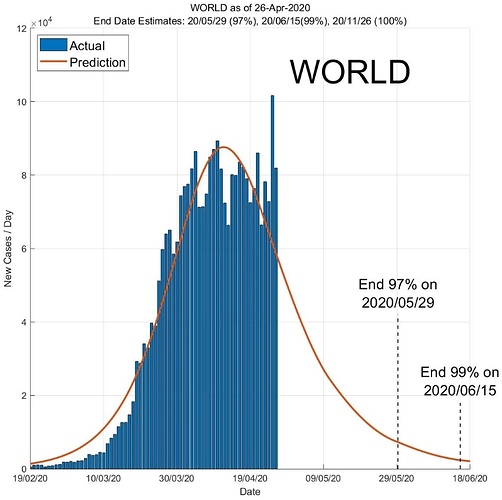 This looks much too optimistic to me. I bet it doesn’t take into account that pretty much everywhere the lock downs are loosend as soon as the number start to go down significantly.

Plus, there’s not enough testing in most countries, especially in poor countries. We have no idea what is actually going on.

First the disclaimer that accompanies that link:

Content from this website is STRICTLY ONLY for educational and research purposes and may contain errors. The model and data are inaccurate to the complex, evolving, and heterogeneous realities of different countries. Predictions are uncertain by nature. Readers must take any predictions with caution. Overly optimism based on some predicted end dates is dangerous because it may loosen our disciplines and controls and cause the turnaround of the virus and infection, and must be avoided.

Now, on the site it’s stated that the prediction is a regression analysis of the data using the SIR model. This means that they took the best-fitting parameters such that the curve of the SIR model would fit the data as close as possible.

However, the SIR model (in its bare bones form, which is used according to the motivating paper accompanying the graphs) does not incorporate very significant changes to human behaviour, such as lockdowns. It assumes a constant “infectiousness” of the virus, and that the rate of infection is only dependent on the number of infected people and the number of susceptible people, and not on changes people make to their lives to bring down this number artificially (thus, by avoiding contamination, high traffic areas, long distance travel, etc.)

So all in all, it’s a bit of a toy model, and doesn’t really tell us anything.

On a positive note, New Zealand has performed an exemplary response to handling this pandemic. 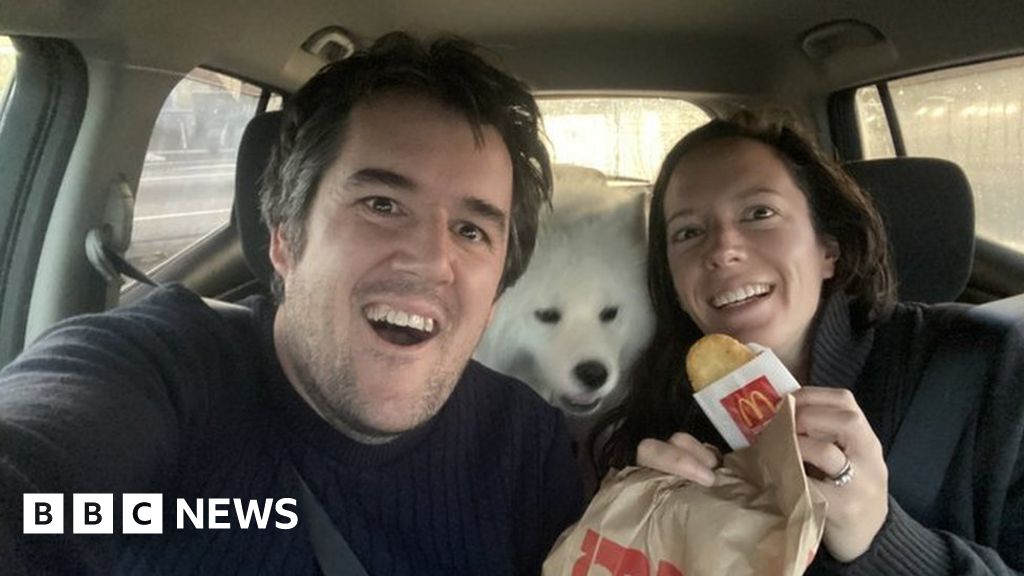 How NZ beat the virus and got its coffee back

A strict and early lockdown has meant New Zealanders are back at cafes sooner than other countries.

Australia has strange statistics. Wave almost over - most are in “recovered” category.
But out of 6,731 confirmed cases only 84 died.
No other country (that don’t has significantly less cases) has so little number of deaths.

I wonder if it has to do with age group impacted? Like NZ we locked down quickly - possibly older or more vulnerable people were more protected as a result? Just guessing.