Evil A19 bug on ipad

I’ve been making some of my moves in Safari on iPad. Yesterday I started to have a horrible problem. After I place my stone, then click on “Submit Move”, my new stone is moved to A19!

The first time I thought it was my mistake. The second time, I knew it wasn’t. The third time, I abandoned the ipad for playing OGS moves.

Here is an example game. At this point, the problem has not be undone, but I have requested undo from my opponent. 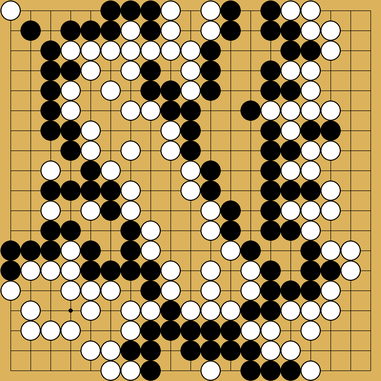 Moore information on this.

I have made the ipad/safari interface useable by selecting submit button entry mode. I notice that if I try to select the three vertical bars symbol that opens the left panel, a single press on that symbol can both place a stone on a19 and open the left panel. I suppose the single click is registering as two separate clicks, but I have tried to be precise using a stylus. Maybe moving the symbol is a solution. But I am not certain that this is entirely a “fat finger” issue because the the behavior described in the next paragraph.

I hope this helps.

I have the same kind of problem on my ipad (ios8). I place a stone, hit submit, and the stone is moved to f19 or e19. I will use my styles for a while as well, to be shure.

I’ve heard reports of this kind of behavior randomly happening on android. I have both an iPad and two android tablets I test on, I never see this behavior on either, I’m thinking this isn’t so much a software problem (or anything we can even fix with software), but rather a glitchy touch screen or something like that. If anyone has any ideas on how to fix this with software I’m all ears, but I’m not sure that we’ll be able to do anything.

Thank you for the reply. I just had the problem again. In this thread the same thing seems to happen: https://forums.online-go.com/t/bug-submiting-a-different-move/3065