According to GoPro video he himself said that it felt like it was his last chance.

Anyway. Ueno Asami of course beat her sister but surprisingly softly, only around 10 points difference, no sparks. 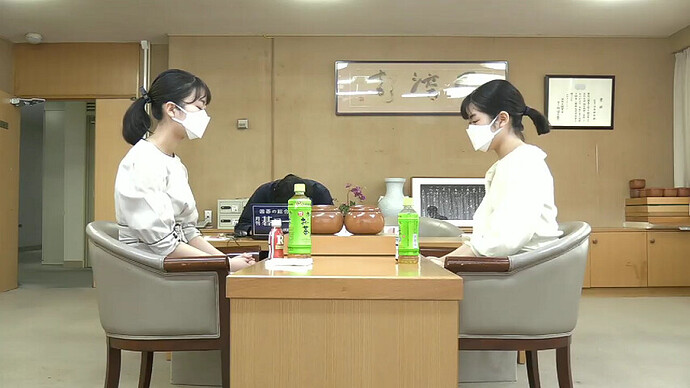 Aren’t they lookalikes? Funniest part is that Asami’s bottle is bigger.

Of course today everyone is glued to Samsung finals. 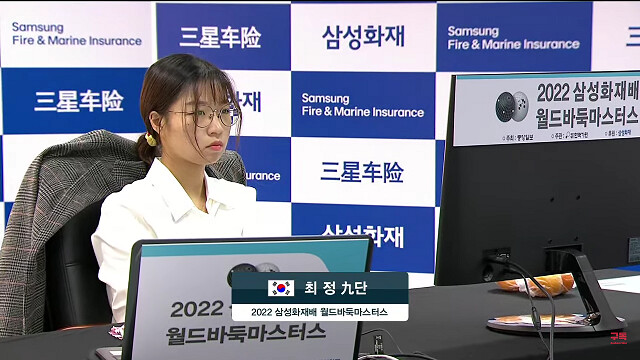 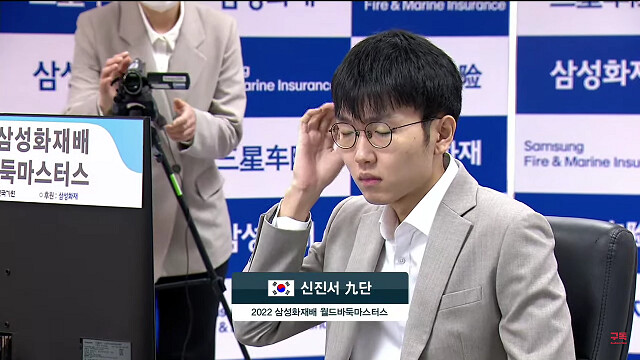 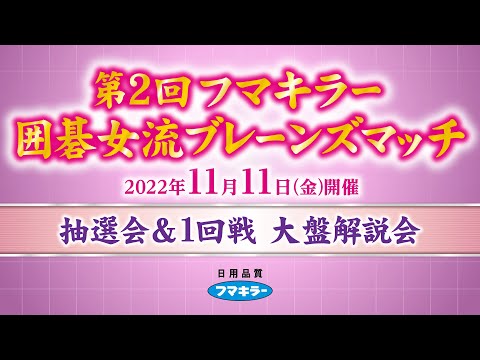 Aren’t they lookalikes? Funniest part is that Asami’s bottle is bigger.

Shin Jinseo lost a game. I didn’t even watch and someone posts on reddit that he apparently lost. They say game is a masterpiece by Yang Dingxin. 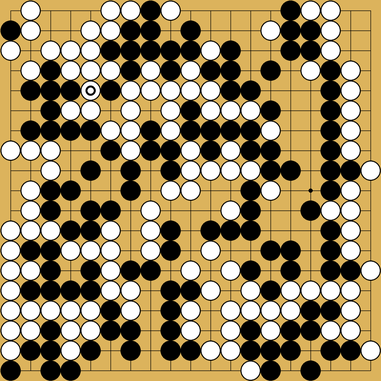 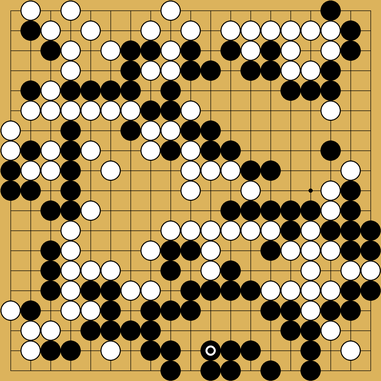 Games played by pro accounts are automatically analysed.
Games uploaded to demo boards need to be triggered manually by a mod.

I was wondering if mods do so for relayed games.

We don’t get notified, so we probably miss a lot… but whenever Allerleirauh posts in here I try to kick one off

Around move 200 they play the shortest “thousand-year ko” ever. 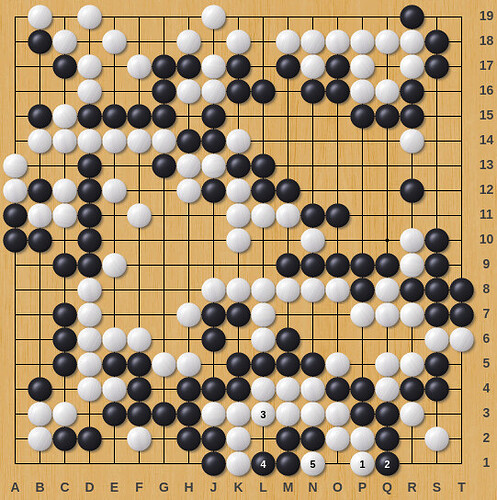 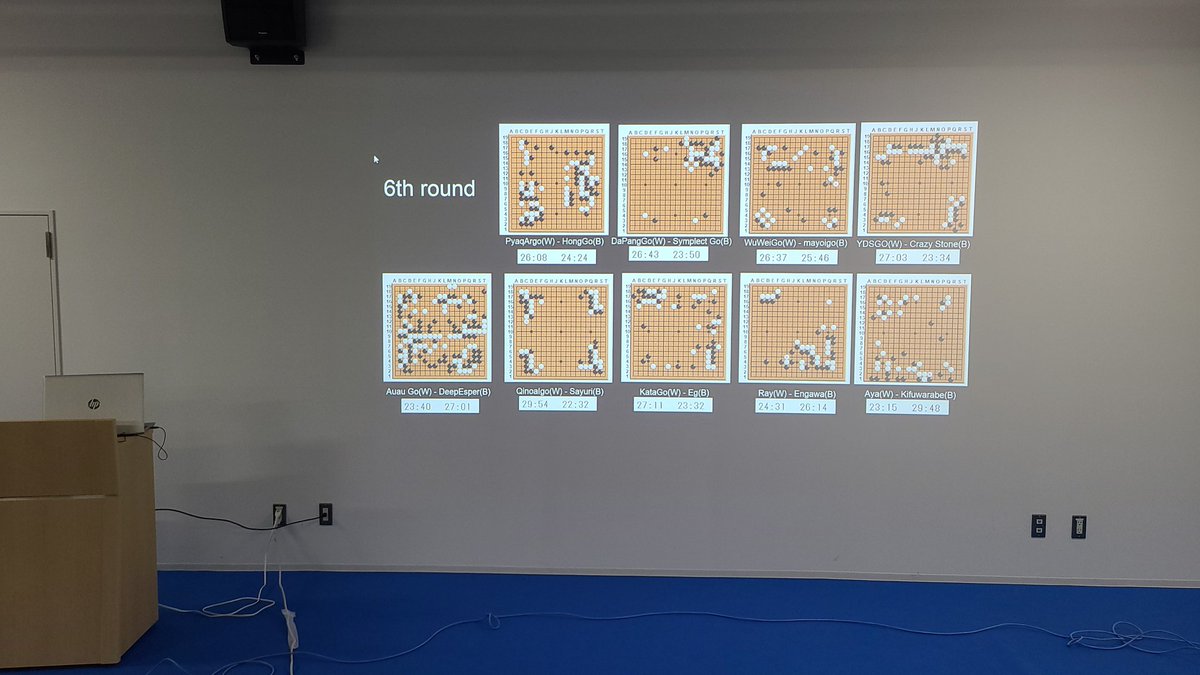 Not much news but it is go. UEC Cup is underway. Of course, this is more low-level tournament but what else do we have.

The game might’ve stopped at this point

but then they show a variation afterward I think 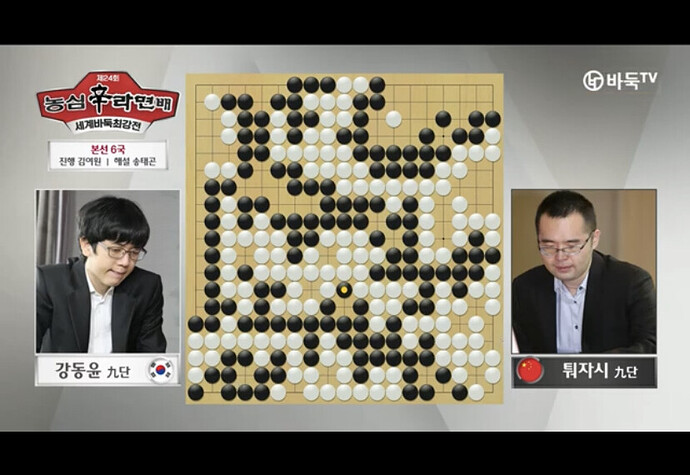 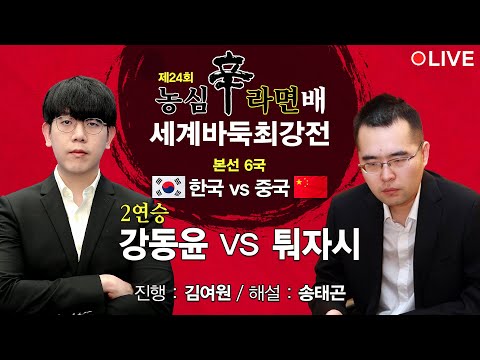 I think in Japanese rules the Blacks groups on the bottom would be dead, the outside because it can’t make two eyes, and then the inside double ko seki because the outside dies.

But in Chinese type rules, because of the quadruple ko, there’s maybe some confusion on the status of the groups.

If you don’t enforce full superko rules then you could have repetition to a no result, or passing and the group being alive because it can’t be captured.

I don’t understand the commentating though, so maybe there’ll be another video or something discussing it.

I think they did a replay afterward 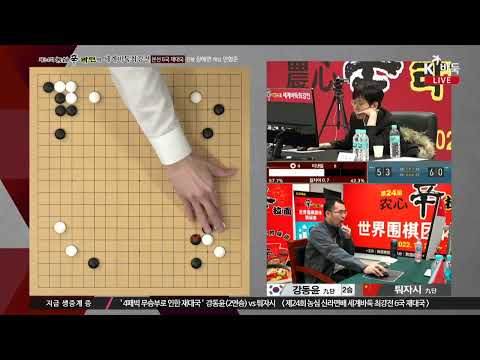 But apparently because they both used all their time in the first game, the rematch was purely byo-yomi. I’ve read the same kind of thing in the WAGC rules in cases of no result.

An actual example of local moonshine life being ruled no result in Korean rules has just occured in Nongshim cup! Eunkyo Do has a video about it. Interestingly, white had a sequence changing double ko seki into normal seki, which would have avoided the no result. [What happened today in Nongshim Cup?? #NongshimCup #golesson #농심배] 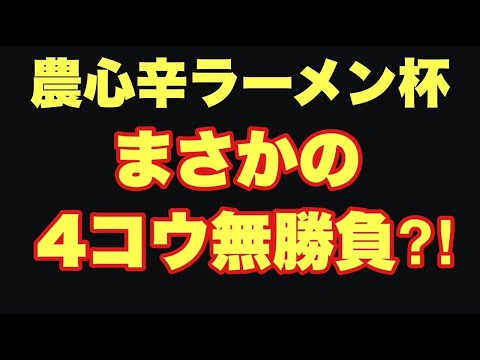 It depends on the ruleset.

It is dead under AGA rules (it uses superko), Japanese 1989 rules (it dies in hypothetical play, the position is very similar to some examples given in the official rules), and Chinese rules “as used in China”, and not “Online western servers Chinese Rules” which use superko instead (not 100% sure about the Chinese case, but the position is an example of the moonshine life principle, and it is very similar to other positions where it has been well recorded that the Chinese Referees actually rule it as dead if claimed by the players instead of looping, thus I am pretty sure it is dead under actual Chinese rules too).

However, it is either seki or voids the game (if the repetition is played) under Korean rules, which are the ones used in that game (Korean rules say “life and dead is judged locally, without ko threats”, so “locally without ko threats” the group cannot be captured. Notice that the double ko seki and the moonshine-life group are adjacent, and that is important. If they were “unrelated”, on the other corner of the board crossing clearly alive groups in the middle, then it would die under Korean rules even if it had the same shape. See Article 10, Item 2: Korean 2016 Rules).

Under a long-cycle-rule (like the one used in the computer go olympiad), then it is ruled no result (but the result is consistent: any moonshine-life position is ends up as a draw under that rule, unlike the Korean rule which depends on whether it is local / global moonshine life. See Long cycle rule at Sensei's Library).