Edit: after a lot of good discussion, solution proposal etc “Humble Rank” has been implemented to address the concerns raised in this post.

So if there are new or residual issues/questions, they deserve a new thread

So, as I said in the Subject, I think that the 13k rank that people start with is doing actual harm in the system.

I am seeing a stream of players who have played only a few ranked games, which I encounter either via challenges or their posts in the forum asking for help, and they appear to be mid-DDKs - IE quite reasonable players - but in fact they have little or no clue.

This does everyone harm. The people themselves end up matched with people who whip them. That’s not good for the beginner. And the opponents who are paired with them have to play a game that they were not expecting.

Also, though less pertinent, the initial uncertainty is too low. A new player joining OGS is really 25k. So 13k+/-6k is a way overestimate, even in the worst case. It puts them at 19k at worst. 19k is dramaticallly different to 25k.

My opinion is that the only workable option is to ask people what they think they are when they join. Any attempt at guessing and using the “uncertainty” to compensate just doesn’t work in practice.

Beginner need to lost around 6 games to drop to 25k. If number of games will be 2 it still doesn’t matter because there are unlimited number of new people.
I suggest at least 2 options to choose:
beginner : 25k
experienced: 9k
100% perfect system is impossible anyway. But 24k-13k will not have a lot of problems.

I also agree that this is a problem because I think beginner drop out rate is fast,although it might only a few games for them to drop, a lot of beginner come and go and they might only play <5 game before they decide to quit go anyway, so their experience in the first few game is important. Also as a consequence of the default rank, mid ddk level player have to constantly deal with the new players, and some might decide to cancel game if they notice that their opponent has no game record, making it even harder for new player to find a matching opponent. This is harmful for either side.

This is also harmful for new mid/high dan players who wish to check out this server but end up having to start off playing with 13ks (which might turn out to be 25ks).

This really should be solved, and I think 50-kyu’s solution should work just fine. Chess.com has a similar thing where they let you choose if you have never played before, are a beginner, are an intermediate player, or an expert. Then they set your rank somewhat similar to other players of your skill level. After about 5 games, you are back to where you should be. (note that chess games are shorter so this should be about 2 games in go).

I feel that those who know their ranking can and will provide it during registration. Those who don’t know their ranking are usually 35 kyu to 27 kyu (the system could actually test this feeling by keeping statistics). I would therefore make the default ranking 27 kyu, to accomodate people with no previous experience with go. Anyone agree?

Why 35-27k though? the handicap system would be a bit messed up. I think the good old 25k will do since OGS already has a wider range of rank than other servers, most start at 18k. Maybe instead of a two-tier system @50_kyu suggested, having a 5 tier (or some other number) system will help out the dan players to settle in the server quicker. People at Tier 3-5 probably knows their rank already, for people wondering if they belong to tier 1 or 2 maybe a diagnostic tsumego test can be provided.

Here’s my suggested breakdown, so instead of asking people to select from a large range of rank they select from a few tiers to help them settle to the right rank as soon as possible without interfering with other regular users.

Another issue I thought of with default 13k rank is… what if the new player just don’t play any ranked game(maybe they want to wait until they get a bit better to start playing rank, or maybe they just accidentally unchecked the box because they don’t know what it means), then they will keep getting auto-matched to 13k.

Fun Fact: Krnzmb’s alt is still at kyu level after a few ranked games and a bunch of unranked. Since playing ? player will also affect your rank nowadays, I don’t think his regular high dan opponents would be happy if he use that account to play them and cause them to lose a lot of points.

When I was joining the server, the question was about ‘what is your experience with Go’ - that kind of question is much easier to answer and has enough granularity to put player amongst similarly strong opponents. The answers could be:

I love the “I’m here for Leela” one

I like tsumego idea. How about player starts with high uncertainty if they refuse to go through tsumego and if they do go though then they get initial rank with lower uncertainty?

Just played a guy who was called go student but didn’t know a ladder from a double atari. He didn’t played any rated games, but his starting rank was 13k… and it was just no fun. My rank skyrocketed, which i really don’t like, because I know, I am not really 13k myself… 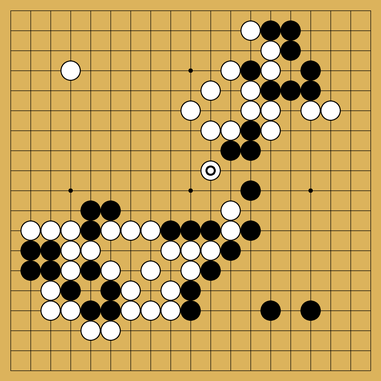 Can this please be fixed?

You get an estimate after each game, but ranks are calculated in batches. Keep playing ranked games and your rank will be very accurate (regardless of what your feelings are about it) as all the unnatural peaks and troughs will be smoothed out by your “standard” games.

I know, but the basic rank for ranked newcomers by default should be higher.
That’s what this is about

Not all new players on the site are beginners. Anoek did a LOT of testing before Glicko went live fiddling with different numbers in all the weights, and ultimately found that the defaults provided by Mark Glickman were the best (no surprise there).

Lichess.org do exactly the same thing. Given time, this system has proven itself to work.

Guess I avoid playing newcomers then, who knows, otherwise I will end up as a SDK

Keep in mind, the new system is 2 numbers not 1… 13k might sound too high of a rank for beginners but their confidence rating is tiny so playing them will have much less impact than a “confident 13k”

Also, who knows… maybe you should be an SDK?

I think your description would work well!

The initial confidence rating appears to be manifestly wrong.

Many people who are new to OGS will be beginners, but the starting rank uncertainty says that the lowest they can conceivably be is 19k.

I started a new account here the other day for the purpose of playing live, and the very first game I got the person cancelled on my saying “I don’t play newcomers”.

The system might seem logically correct (bar that confidence rating thing) but in practice, it hurts.

Beginners who start here should be matched with other beginners, not 13-ish-ks.

The fact that they are not hurts both 13-ish-ks and beginners.

“Just play a few games and it will sort out” is brushing the problem aside.

The initial confidence rating appears to be manifestly wrong.

Many people who are new to OGS will be beginners, but the starting rank uncertainty says that the lowest they can conceivably be is 19k.

I’ve seen a new account hit 25 kyu after 2 games. Considering there is a proverb that says “lose your first 100 games as quickly as possible” I don’t think 2 games to get an accurate rank is all that bad (especially when you consider the option that people can lie about their experience)

I really don’t see where the “hurt” is…

This is manifestly wrong.

Sure, you’re supposed to lose the first 100 games, but that doesn’t mean you have to do it playing people out of your league, and have your face rubbed in it for the first few…

Some weeks ago I saw an extraordinary case of the bizarre effects that this system can have. I don’t remember whether it came up in another thread (in which case you may have seen it too) or if it was something I saw while watching games. Unfortunately, I don’t seem to have any record of it among my go notes. Anyway…this player was mid-SDK, like 5 or 6k, but his real strength was TDK. I went to his profile and traced back his games and found that he had ranked up by defeating all relative newcomers. Some were brand new 13k, some had already fallen to 14k or 15k, and others had risen to 11k, or 10k by beating other newcomers. I don’t think the player was doing this deliberately, it was just the system feeding on itself. Of course, it will straighten out in time, but when that happens the poor fellow will have a terribly bewildering fall in rank.