Lost by timeout despite playing move

Just lost this game as white. Time settings were 2 minutes per move. I submitted what should’ve been move 108, B2, with about 30 seconds to spare. Stone appeared on the board and I didn’t get any error message, like the “error submitting move” popup I’ve seen occasionally in the past. But a few seconds later, I lost by timeout. I was very surprised. At that point, the stone was no longer on the board.

There must have been an error of some kind in submitting the move, but as the user, I wasn’t informed about it.

After the loss, I got 5 notifications for “The computer has finished analyzing your game” – there should just be one. Unusual, but what does it mean? 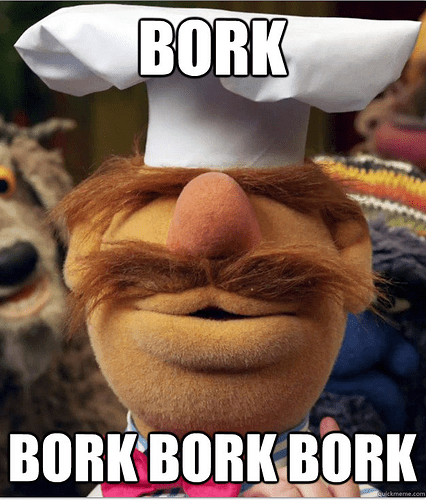 … and lost a 2nd game. Server not responding well – had multiple “error submitting move” in this game. Survived for a while, but eventually, at this move, despite playing a stone, reloading the page, etc., “lost” by timeout.

Lost game number 3. About 10 seconds after playing, got an “error submitting move” dialog – about 3 seconds left on my timer. Page started reloading, got an HTTP 502. Reload again, page comes back, game over.

no I had the same issue many times now.
it’s the server, it is very unstable.
I hate to say this, but it’s impossible to play live games like this, if you have to be afraid that the game ends by timeout because the server doesn’t respond.

I had the same experiences.
There should be a mechanism that stalls the clock when a connection problem occurs.

I agree, but it happens again and again.
To be fair, I have
never been on the OGS forums, but it seems that this has been a frequent issue from time to time again, would be great to hear something from the devs what’s the plan on this

Yeah, the server has been a bit unstable in peak times lately. We are currently moving the whole thing into a new datacenter which (as far as my understanding goes) should help combat these troubles.

It’s a lot of data though, so it takes time to transfer while staying operational. Will probably be at least several days or rather weeks more.

I will have to confer with my colleagues, but feel free to report those games, if they were in or close to endgame, with a safe advantage, I think we might consider annulling those at least to soften the error.

Sorry about the troubles.

Is this supposed to be solved? I hear quite a lot that people lose by timeouts in live play after playing their move, and this is the reason they stop playing on ogs. Some of it was also on twitch, so it gives ogs a bad reputation…

The ones on twitch, were they like the OP where

or the more frequent thing I see/hear complaints about

It was the second: they are playing in byo-yomi, have a few seconds left. They click, you hear the sound of the stone being played, but after a few seconds OGS displays lost by timeout.

As not to cause confusion

Is this supposed to be solved?

If you are asking about the new datacenter, then yes, the move was completed months ago, and (at least as far as I can tell) we are much more stable since then.

That said, nothing is bulletproof and these last seconds timeouts can and will happen, both by local connection issues (because sound is played by the client as soon as you hit the button to be in sync, but that does not necessarily mean that the client managed to “upload” the move yet), and of course sometimes our server can be at fault too.

Possible solution (or rather partial compensation) would be to consider Timer Grace Period to compensate for network delay, which I would be all for, feel free to also express your support or comments, and then it depends on anoek whether and when it would be implemented

it would require backend support (at least to be done properly, maybe it could also be hacked together on the front-end now that I think about it… Hmmmm

In live 9x9 tournaments, when I’m playing black, probably 25% of the time my first move does not register with the server. I see white’s timer counting down, can say hello in chat, but my opponent strangely doesn’t respond on the board. A few minutes later I realize what’s going on, try reloading, and have an empty board again.

Never had a problem with anything but the first move.

There really should be positive confirmation that your move was submitted.

Thank you for the clarification, I missed the other topic.

Grace period would help, but some combination with the user side timing would be probably even better (and necessary for a “professional” go server).

Not sure what you mean precisely, so I might be misunerstanding, but any client side interraction with the game clock is unfortunately out of the question (at least as far as I am concerned). Even in honest games time would “jump around” as a result of slight desynchronizations, which would be confusing and cause suspicion, and well it would open doors for dishonest behavior as well.

The game time has to be controlled in one place only, which none of the players can influence, and to my knowledge there is not a server that would operate otherwise…

I assume they’re referring to what lichess does with its lag compensation. I would love to have that, but I’m guessing it would be a nightmare to do.

I often get all sorts of connection problems with my old dongle connection, from a few seconds to 2+minutes. I get around this problem by using a fischer clock (which I may have mentioned before) with a max of at least 5min.

If my opponent doesn’t play as quickly as I expect, the first thing I do is check my connection. The only times that the site-presented information has deceived me is when my connection is to blame.

Anything time related client side can easily be hacked … if that system were in place. you could have a little script that gives you grace all the time.