OGS Joseki Dictionary is in beta

Beta test for this feature is at the OGS joseki dictionary beta .

In theory the main features are:

As well as the joseki filter, there is chat/discussion on each page, and an audit log, each hidden under very small icons on the right

PM me for permissions to edit/admin joseki.
(tell me your beta account name, and what your goal for editing is)

Currently “definitely being worked on”:

Should have. Just a question of “how” and “how much effort”:

Good to see someone finally acknowledging that Dwyrin isn’t really a person.

Ah - I should have said “contributor” rather than “person” of course.

To be really clear (I know you know, but just for the record):

Do you actually require links for the source? Because I’d argue that if someone just says “Source: Josh Allen”, that’s an attribution, not a source. Sources should be checkable by others.

This is a topic that I’ve pondered and think deserves discussion: to require or not to require a link in the source field?

Right now it doesn’t require it, but I nearly did make it compulsory.

Suppose that a source is a book - do all books have a link? This was not clear to me as I was putting this together.

There is a related topic to deliberate…

There are also two levels of source reference: the “source itself” and the “pointer into where within the source”.

For manageability, I envision that a “source” is a “high level thing” like a “book” or a “site”.

A given position has a reference within the source, at least potentially - the URL or page number.

At the moment I envisage this being free-form in the description, like this: a move from Mark’s joseki collection or this a Dywrin video with the move

(noting that the second one is more a joke, and an example, than a serious entry into the dictionary, in case my sense of humour doesn’t translate)

I haven’t found a way to tenuki. It’s needed to get the jeseki for 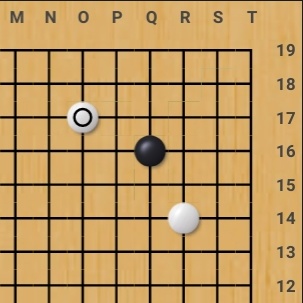 Good one, thanks! I’ll put that at the top of the list!

I assume that was a joke but I still disagree

I am super looking forward to some modern and commented dictionary. Being the most popular game in the world, it still feels like we are missing a lot of modern tools that should be there .

When I edit and save a description the “follow-up” A, B, C, marks disappear. It is not a big problem, but makes it a bit less convenient to edit sequences.
Actually, when I then play the correct follow-up move it seems not to load at all. I guess it might cause some problems. already fixed

Could we also have keyboard arrow shortucts? I don’t know about going forward, but maybe at least going back

How should a pass appear visually in the position description?

^^ I guess that is tenable?

As for the source vs attribution… I still say ‘source’ should be checkable, so basically we’d treat them the same as references. Maybe someone made an error transcribing them, maybe there was an error already present and the referenced material has been updated,… it would be nice to have.

Suppose that a source is a book - do all books have a link? This was not clear to me as I was putting this together.

Published books can be uniquely referenced by ISBN at least, and there are at least various sites for looking up book details for ISBNs.

So the question is dangling out there… should “sources” be required to have “something”… and how strict should that “something” be? A URL? A URL or an ISBN?

Note that in the current “model” of OGS Joseki Dictionary, contributors are “known and approved” so they can be expected to follow policy sensibly, lessening the need for strict program checks on these things.

This raises also the broader question of what the policies will be as well. For example, I was already asked “what’s the difference between ‘Ideal’ and ‘Good’?”. That one probably deserves it’s own thead

I like that we’ll be able to see changes made. See how it’ll evolve.

It’ll be a lot of work to fill everything out before it matches something like josekipedia. And very few high-level people really understand joseki.

It would be nice to have keywords linked to the final positions of a sequence and to have an automatically updating summary of those keywords for the first (root) move in the sequence.

Say you want to play a certain move and the dictionary gave you a preview of all recorded outcomes, for example:

I reckon that would be way more helpful than any “winrate” estimations.

I am not sure I would require url or ISBN. Sometimes the source is not clearly referanceable, but still the position should be mentioned. Wrong or “mistake” moves would be even harder to reference, but are good to be able to show them to new players.

AIs are also hard to reference exactly, but everyone is now copying their “josekis”…

I would just trust the selected users to reference the source “reasonably”. Otherwise we will just have nonsensical URL that do not lead anywhere, just because the variation could not be submitted without.

There was a middle line I had considered which was that if you wanted an official “source” attached to the position then you had to supply the URL. That would not rule out variations without sources - they could still happen.

But even so, I tend to think that authors can be relied upon to do a reasonable job without being “forced”

Including a source would be nice. For example, it would provide a place to start if you are interested in the nuances of the position. Just claiming “a Nick Sibicky video” is worthless and would make it nearly impossible to find it in the hundreds of hours of content. This could easily be handled by providing a citation and URL if possible. This information could allow at least one other person to validate the source and claim as well.

I don’t think it has to be perfectly standardized formatting, but including a reference source is really useful. To me, this is one of the shortcomings of Josekipedia which is a bit messy. I have the beginnings of a personal joseki dictionary referenced like this since there is not one out there.