Options for hiding ranks in OGS

Thanks to this thread, and this PR, there is now an OGS setting to hide ranks and ratings!

Thanks you for the good new !

Thanks for doing this @Mandelbrot

. Hope you all enjoy this.

Let me know if something is wrong.

I had a quick look around at it and it looks pretty thorough! Great work

What a fantastic addition, and cleanly done.

I think Ranks are in a way harmful. It´s easy to get fixated on it, to get excited when going a rank up, to get sad when going three ranks down; to have fun beating players with lower ranks, to avoid playing people with higher ranks. Or what would be the worst: to avoid experimenting and risking a loss, just to avoid dropping a rank.

I´m trying to stop caring about the rank, and playing everybody (though I am still too indimidated by Dan players). I think it would be a nice addition to the game if there were an option to hide ranks. So you would still have a rank, and play ranked games and people would still use filters to make challenges for people of certain ranks if they want to - but it would be possible to neither know your own rank, nor that of your opponent.

At least I can say that it was for me a good development to start also playing people up to 1 kyu, or down to 25 kyu or so (in that case, ideally with handicap). 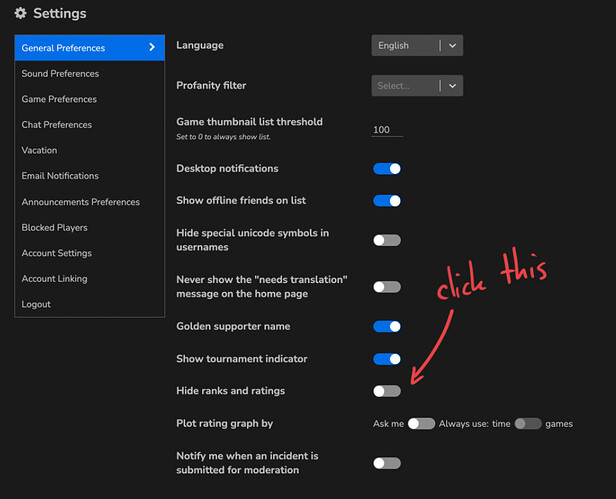 Great. In that case: just as a tip to people: I think it can add a lot to the experience to hide ranks