There are lots of people here keen to help you.

But - I think you’ll get a better response with a little more homework yourself.

Typically a request for a review is for a specific game, and links to the game. The requestor desrcribes the game and asks questions about what happened. This shows that they’ve put a bit of thought into it, and will encourage reviewers to respond.

You might want to try that to get a better response.

Here’s a very thorough review request, to give you an idea. You don’t have to be that detailed, but that’s the sort of thing.

I’ll take a very quick look at some of your last games. What jumps out most is the following 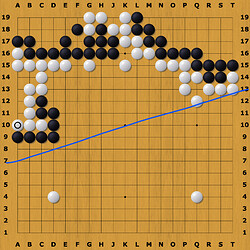 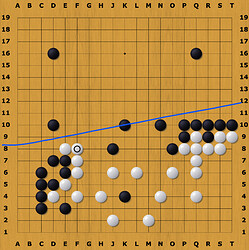 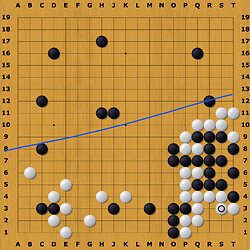 All of these games have one thing in common: you’re playing way too much stones on one side of the board, ignoring the other side. What this tells me, even without looking at your specific moves, is that your main problem is that you’re probably convinced that the corners where you play your first two moves are yours, and your opponent’s corners are theirs. Furthermore, when your opponent approaches your side, you’re probably convinced that they should be killed.

Neither of those things is true. I suggest you watch a few games played by stronger players (ideally as strong as possible) and look carefully at where they place their first 30 moves: how much stones do they invest in an area before continuing somewhere else? Can you figure out why they go to another place?

The answer is: at any point in the game where you feel you are not in immediate danger you should look for which area on the board has the most potential for you and for your opponent. If either you or your opponent can make a lot of points by playing in an area, you should play there. If possible, you want to find a move that makes your opponent’s potential smaller, while simultaneously making your own potential larger.

Of course, it’s difficult to know when exactly you’re out of immediate danger when your opponent is playing close to your stones. This is something you can only learn by practice, so the best way to learn it is to play a lot of games.

Another thing you will probably notice when watching games played by strong players, is that they rarely play moves on the 1st line (the outermost line) in the early stages of the game. Whenever you feel the need to do so, think to yourself if it’s really necessary. The first few moves are quite often on the 3rd and 4th line, occasionally on the 2nd and 5th line.

So try not to surround your opponent’s stones with 6th or 7th line stones until you’re playing midgame. Midgame starts after all corners and sides have been divided by the players, and the centre is the only reasonable place to expand, usually around move 40 ~ 50 or so.

I can’t help but notice that this is your 3rd forum post in as many days asking for basic advice. I’d gladly keep on providing it - that’s not the issue. I guess I’m wondering if you’ve followed up on any of the pointers and suggestions in this thread:

Have you tried the https://www.learn-go.net/ tutorials? Did any of the Go Proverbs help? Did any of my 19x19 FOR BEGINNERS articles clarify anything?

I certainly acknowledge that this is a complex game with a steep learning curve, but can you give us some indication of what you’ve tried already?

For each of your moves you have to play the biggest anywhere it could be.
That need you to push yourself a bit more far away from your screen.

And it’s hard I know, it’s a long way to go, hope you keep following it and have fun.