I really like the subject feature. There are a couple of things that I would like the developers to consider changing.
I noticed that the AI moves are not shown by GoRilla. The reason being that they are not indicated as MOVE in de SGF file (B / W property), but as “Adding a stone” (AB / AW property). Since these are actually moves, I don’t know why they are recorded as such.
The second thing that would be nice to add is to mark the last move that the user made as “primary position” (XP property in GoRilla). That way you can always navigate to the actual game.

Since there are a lot of variants in the file, it would be nice if the various moves would be labeled, where “a” or “A” would be the move that was actually played, and b, c, d etc. the alternative moves suggested by AI. Preferably in the order best … worst, but that is not a must.

I’m under the impression that you can’t download ai analysis if you upload a game and get the ai to review it, and then go to redownload it.

I know there’s a button for it, but I don’t see any ai moves and only the game moves in the sgf file. It does work for ogs games for me (although it’s a bit clunky to get sabaki to show the variations).

I do second labelling the variations somehow in the sgf.

Just update this again rather than make a new post (or maybe I should), I can’t download the ai review moves if I’ve uploaded a game from elsewhere like kgs. I’ll have to test it again with pandanet

Ha,
sorry it got overlooked shinuito, I have relayed the problem, see if we (anoek) can do something about it.

If you would be willing to share some of the problematic sgfs I might be able to find you at least a workaround for now. (And it might help anoek)

thanks. I’ll link them here.

Here’s a game I played on KGS then put in to the sgf library to get the ai’s opinions and to discuss it with my opponent. Maybe you can spot something there.

Here’s another KGS game I just uploaded now to test out. It also doesn’t seem to download the ai’s review.

This is a pandanet game I was watching (and kibitzing) that doesn’t seem to download the ai moves. 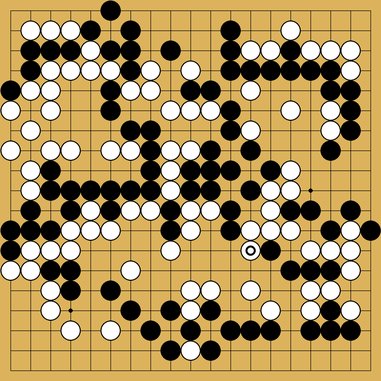 And as a test I took a recently finished game from OGS, (where it works that you can download the ai moves with the sgf) and reuploaded it to the sgf library and it also doesn’t work. 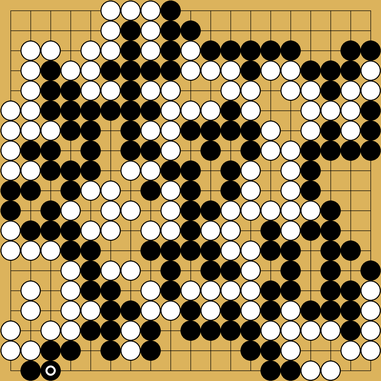 Edit,
now that I’m studying the smart game format just to see what the output is when it downloads vs it doesn’t – would it be possible that the variations don’t say AW[] and AB[] to add black and white stones but instead just W[] and B[]. For instance in sabaki these kind of behave like stones you might have edited into the board rather than played as a variation. So they don’t actually show up on the board like normal variations would until you click them on.
Unless it is standard in other programs to label variations as AW[] and AB[]. To be honest I could probably try write a perl script to do this - I took a very basic one day course in perl one time

iirc the sgf export is is comparable with Lizzie’s export format.

I mean the format is compatible with sabaki also in that it can read it, and it knows there’s variations to the moves (which are probably just to do the with the sgf tree structure - some kind of nesting brackets).

But when you write AW and AB, it basically isn’t visible on the board as a semi highlighted spot/shadow. (In sabaki if there’s multiple variations for the next move in the tree they kind of show a mini white/black spot on all the next move points)

It’s the same for me - I don’t know anything about programming, neither sgf files. I’m using exclusively my phone, which runs on android. I frequently use the ai-analysis feature to review positions or games I’ve played on other platforms. No Android app that I know shows the ai variations when I download the annotated files. However this is is not the case for games that I’ve played on ogs and subsequently analyzed.

So I did write a short perl script to replace all of the AW’s and AB’s with just W and B, except for where they’re meant to be which is at the start of the sgf file, to designate handicap stones for instance.

The other annoying thing is that when you download the ai reviews, the variations are misaligned by one move. (Well it’s either this or the colours are incorrect for the variations)

So when you go across one move in the tree, which should be a variation it’s actually the variation for the next move of the game. So that means it also won’t show properly as a variation.

It’s making my brain hurt looking at all the nested brackets, so I’ll probably see in the morning how to just shift all the variations by one move - I’m pretty sure it should just be putting in a pair of brackets at the right place.

I can update here with the perl code to fix it - it should only be like a couple of lines long.

Edit:
Actually I don’t know how to do an easy fix because it seems like some of the colour variations are just completely inverted - Blacks move is White and vice versa.

@flovo Would you be able to check anything I’m saying for example in this game https://online-go.com/game/21914092 . I’m pretty sure for example the last move variations for white are actually the wrong colour. As in when I look at the sgf, it’s giving white two moves in a row N10 being played by white, even though just the move before white plays P18, and then all the moves colours are inverted with respect to the correct variations.

I think this happens throughout as well.

(I’m picking this one just because it’s rather short, by comparison to other 19x19 games. It’s like 2000 lines long when you download it rather than like 16000 or something. )

I notified the dev about the problem