This shape is always possible to create. It doesn’t matter where white moves.
I did it in the last 200 games. 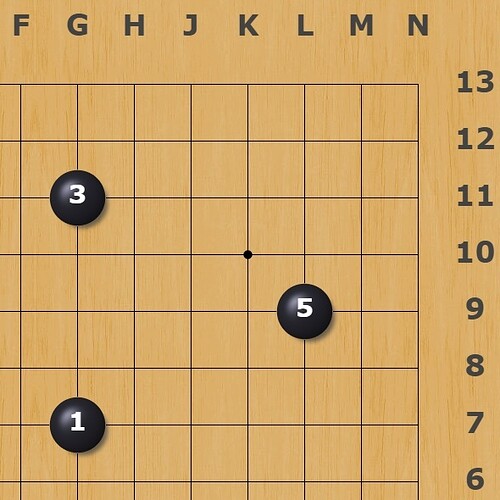 At first this 13x13 fuseki is not very effective. But then I have much more experience than my opponents. I usually able to capture all stones that invade my base.

Yes, I may be a pedant (though not the only one for sure) and I can’t force anyone to like me. But I do put my shapes where my mouth is.

I proudly present the stable bomber: 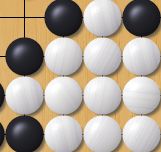 This one was surprising to me. I expect to attack with a hane on the first row, but that doesn’t work here. I’ll call it “the portcullis”:

I didn’t really believe it and had to wait for the end of the game to verify with the AI review that it actually made sense.

Only 14. Plenty of space to improve on that. 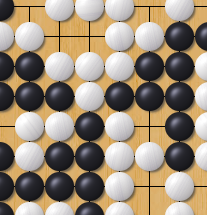 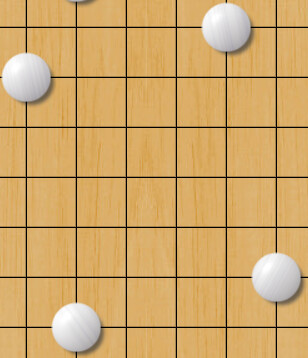 I never see the vase. It’s not worth naming, imo.

The opposite is true of the jug: now that I’ve recognised it, I see it very often and I now regularly refer to it in my mental dialogue. 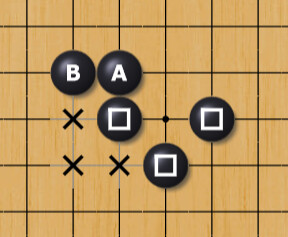 Is This A Go Shape? General Go Discussion

I swear this a shape that I have seen many times on 19x19 boards. But I could not find it at Sensei’s Library. Is this a Go shape? If so, what is it called? [name_this_shape]

Is This A Go Shape? General Go Discussion

The taller one Inseong Hwang 8d EGF calls “the scorpion”, which he has a couple lectures talking about. Very hard to attack shape when the tigers mouth/pincers are facing the edge as in some of the newer 3-3 invasion josekis.

I heard a french player say it in a stream yesterday, and as @mekriff says, Inseong Hwang calls the shape a scorpion shape in 3-3 invasion type joseki. 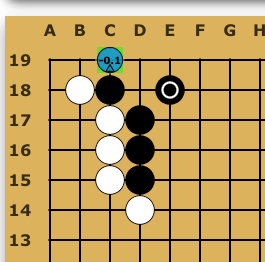 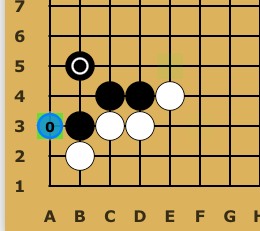 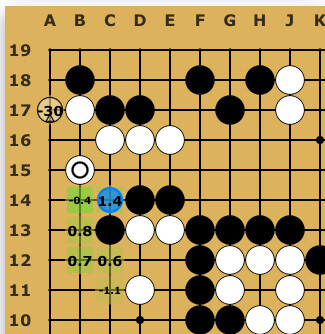 The 3rd one is more properly from a 3-3 invasion where much later I was chancing my arm trying to live, and the atari was not the right move in this case.

Somehow, this shape rather reminds me of something different.

I heard Mathieu Delli-Zotti, a french go federation teacher, call it scorpion shape too. Very resourceful, it is often played since AI - was it used before? I wonder if it has a different name in Chinese and Japanese? 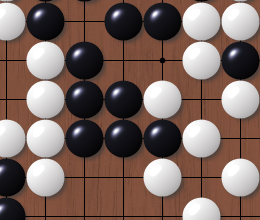 Not B2 bombers but some other planes or spaceships flying in formation? 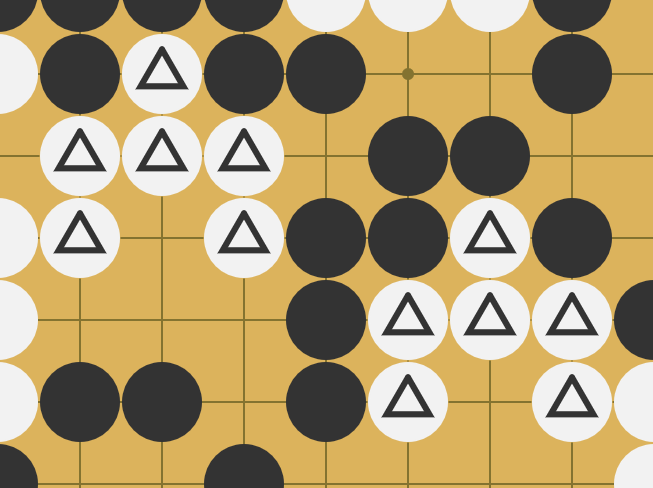 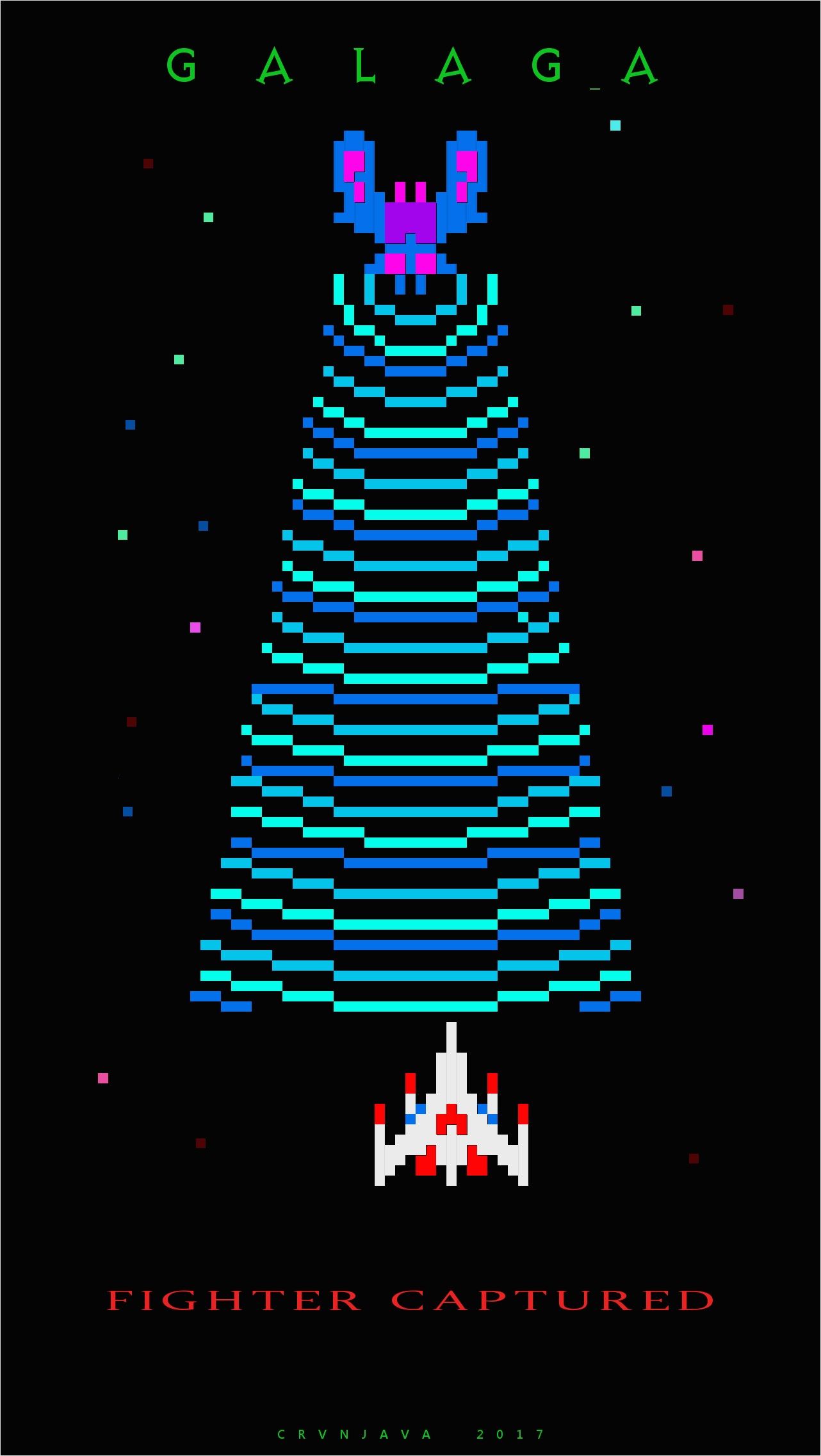 Not mine, but I spotted this fish in the wild 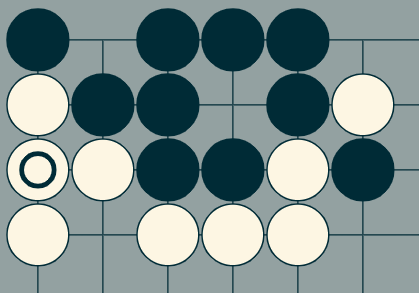 Oh, I only see the fish now it’s in the blue scheme!

White found a cool tesuji to capture one stone: 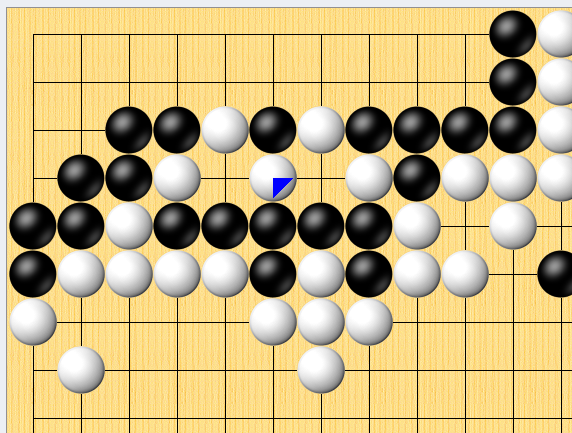 Luckily for me (black), white can’t live inside even with that capture

The triangle marked stones are “the question mark” 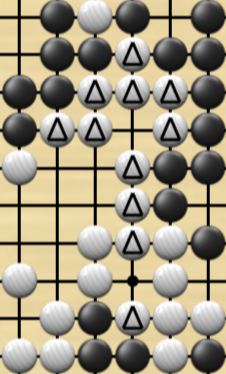 Update: I continue to see both the crocodile’s mouth and the jug shape commonly at all levels from 9k to professional games.