Just noticed a + sign on the new move. Interesting.

This is the solution to an issue discussed in the audio updates thread starting with this post: Audio updates v2

Can we get a setting to disable this

Please at least try to pretend you cannot get used to it. It’s online for less than 12 hours.

I can get used to lots of things. It doesn’t mean that it was a good choice. I would prefer to have a way to opt out of this plus sign.

proposal: for double click and submit botton modes, the first click places an X on the intersection with no sound… and confirmation places the stone with the sound… thoughts?

My idea was for a cross to be placed on the intersection, not a plus on the stone… I think this would work better, but regardless maybe that is too hard to implement. Thanks for the turn around @anoek

My idea was for a cross to be placed on the intersection, not a plus on the stone… I think this would work better, but regardless maybe that is too hard to implement.

This is what I had in mind. But then I’m not keen on the shadow stones generally but i guess I’d be in a minority

The " + " might not be my first choice but the feature was definitely required and I am glad to see it implemented. I expect to get used to it in time and I fully expect that I won’t forget ‘submit’ from now on.

I like the choice of sign o+. I would prefer the stone to be slightly transparent but I can live with that.

It is kinda unrelated but I chose “confirm with double-click” and I have trouble to make it work. Usually I have to click 6 or 8 times to have the move confirmed, because it is rejected if I’m slightly off-center (I use a touchpad).

Edit : nevermind, I understood just now that I had to click twice in rapid succession. I thought clicking again on the stone even after waiting a while should work. My bad.

i struggled to understand, cause i don’t play fast games. that makes sense now.

I don’t understand where this plus sign is appearing. The only change I see is that my cursor doesn’t disappear any more when I have the new stone on (a change I dislike). Can’t see why the devs poked around with something that was already working well and made it worse.

When you have double-click or submit move button selected, when you initially place your stone there will be a plus sign on it, which goes away once you have confirmed your stone. People who play with single click submit will not notice this new feature.

Hi, I have noticed that there’s a new “+” sign on the stone before you submit. Probably a good idea to make the distinction, but it just looks a little off to me. Can I just make a very minor suggestion? 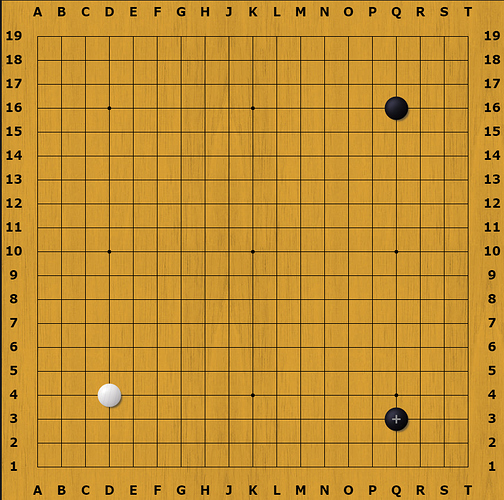 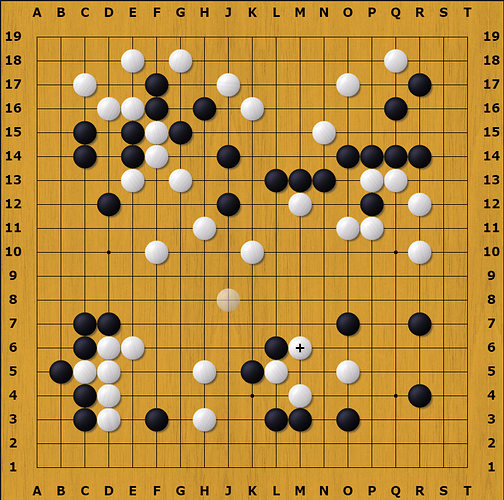 Looks cleaner without the circle, no? The circle itself is a bit redundant anyway, now that there’s a “+” to tell you which move you’re considering. Let me know what you think!

As would a plain X on the intersection without a stone behind it, as I initially suggested

not to beat a dead horse

As would a plain X on the intersection without a stone behind it, as I initially suggested

That’s already a mark that is used in reviews. I don’t like the plus sign, but I would hate just an X. I really like the idea of a translucent stone if this feature needs to be done at all.

I’d like to be able to turn it off for correspondence games, and keep it on for fast games.

i like the + with circle only because it has a natural sequence: circle with plus, circle, nothing…