Can I make the new ranking graph full screen like the last one or at least stretch it vertically to see my improvement better? It’s more encouraging to see the rating go up a centimeter than one millimeter.

FWIW, there is a change in the works that improves the aspect ratio of the ranking graph:

It makes the graph a little taller, and also less wide, which improves visibility of vertical moves.

I totally agree with your sentiment: the current “new” graph is way too flat for my taste.

Yes that looks nicer I hope it gets implemented on the main site soon.

Why were the shades of colour reversed though :,( Now the weaker shades stand for stronger opponents and vice versa…

I saw your complaint in the other thread and have been looking at this.

It was an “improvement” that overlooked the side effect.

If you look at the screenshots I posted in the other thread, can you see that the stronger colour is for the stronger opponent?

That’s because I use the dark theme.

When I was coding this, I literally thoguht “I’m going to fix this silly business where the weaker color is for the stronger opponent”, and I did fix it.

… oblivious to the fact that it was that way because some people use the light theme.

I haven’t looked at the site in the light theme for ages, and actually find it hard to imagine how people can use that without going blind

So I’m digging in to how to stop the colour-flip happening on theme change, and give the light-themers back the logical colours. Obviously it can readily be fixed, but it’s not yet obvious to me what the right fix is, because… themes.

Ohhh that makes sense. Didn’t think about it. Tricky situation…

At least there’s a workaround: switch to the dark s̶i̶d̶e̶ theme

(And do your eyes a favour! 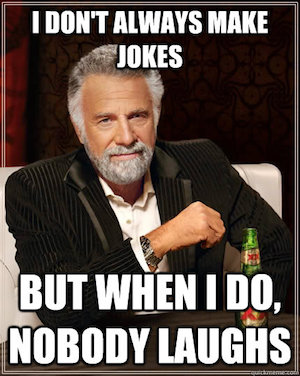 Issue: The win/loss colours are not intuitive in both themes

Annnd it has been implemented! Yay :3

Just a side note - the colours are not back to what they used to be. Turns out I was partially misrepresenting the issue when I complained, lol…

I know it’s annoying to go back and forth, so I’m not asking to change the shades of colour yet again, just clarifying things in case anyone else got confused

I was wondering if you would notice that

I think it’s good how it is

Enough time has passed now that I dont feel too guilty to be bringing this up again… But turns out that the switch-up of the shades of red representing losses in the light theme hasn’t stopped bothering me.

@GreenAsJade, can you pretty pretty please make them what they used to be again? I. e. dark red for weaker opponents, bright red for stronger…

As a side suggestion, I’d be much more likely to use the dark theme if the boxes for the player names would more clearly contrast who’s black and white - the box for the white player is so dark it can be difficult to distinguish who’s who at a glance… Maybe there’s an easy fix to increase the contrast a little?

black is on the left…?

I know. Still annoying to me. Not a big deal or anything, Im comfortable just using the light theme

I feel like this is how your retinas respond to your last statement.

Nothing’s easy. (I mean, programming is easy, but finding good solutions is not

But I’m guessing if we made the lighter colour green for strong opponents you wouldn’t like that either.

Also, there is the strong risk that if we change something now, there will be an equal or greater number of people complaining that they liked it the way it is now…

Specifically, you’d no longer be able to see at a glance, by “same type of shade”, your win-loss ratio. […] Also, there is the strong risk that if we change something now, there will be an equal or greater number of people complaining that they liked it the way it is now…

To these two points I counter that the variant I’m suggesting is the way it always used to be. Before we first started swapping colours around, in the lighter theme, dark green meant wins against stronger players and dark red meant losses against weaker players. See also this post of mine: Stretch rating graph

I also seem to be the only person on the forums who has even cared about this at all, so far. Maybe no one else even uses the light theme…

(As a side note, if you’re swayed by my reasoning, you might consider swapping the shades of red for the dark theme as well, although I have much less strong feelings about this… ;P)