If the ultimate Go/Weiqi/Baduk committee decided to do a game overhaul to mark the rise of a new era (I guess right around the time the forever tournament ends) and asked your opinion, what would be your proposal?

There’s not such thing as “too crazy”, “perfect as it is” is not allowed.

NZD Rules with 7.0 komi and draws allowed. Also handicap games being played with -7.0 komi instead of 0.0 komi, so that each handicap stone is actually worth a whole number of stones instead of 1/2, 3/2, 5/2, &c… And reverse komi gaining wider acceptance and displacing handicap stones as the default.

The way to greatly increase freedom:

First 4 moves are usually placed only on 4-4 or 4-3 because other are less efficient.
But, what if komi is decided only after first 4 moves are made?
Then any move is ok!
You can choose to become 2-7 master for example. And 4-4 master will have no experience what to do against you, komi no longer will be on his side.
Everyone will have to expect anything and train everything.
Its equal to increase complexity of Go.

Ways to implement (after 4 moves are made) :

The standard way to do is, is to use the pie rule. Both players play four moves, then one player picks the komi, and the other chooses which side to play with. The person who picks the komi thinks he gets a fair chance (or would’ve chosen different komi), and the person who chooses their side believes they have the better position.

That exists already since long ago,
I don’t remember the name exactly (poker go?) It was a collection of printed cards some had a shape you had to play… And other things.

It seems like what is proposing Blackie sometimes on twitch with its BIBA (Blackie’s International Baduk Academy).

You have only 3 cards for each player. The cards are assigned at beginning randomly from:

You can play one of your card when you want during the game at your turn. This means that you play two stones in the same move. It is a game changer. You can see teaching games played on twitch by Blackie where a smart use of the cards can completely revert a desperate position.

This can be easily played on OGS too with a simple opponents’ agreement. It is enough that one declare in the chat when he want to play a card and the opponent should pass for that turn so that you can play the combination you like.

Another way to do it komi bidding.

After playing X moves, each player submits a bid (in points given to White) for the privilege of continuing the game while playing as Black. These bids can even be negative, but the largest bid gets to play as Black, while the other player gets While with that bid as komi.

Another way to do it komi bidding.

This trade can be repeated more than once with game progress (switching eventually the colors) or it is limited to the one you described in the fuseki?

Thank you @ayaros and @Groin, what you referred to is for me much too serious. 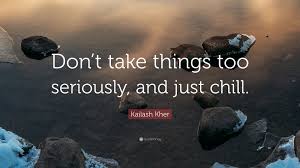 What I had in mind was much more bizarre, absurd, crazy, out of the box; although I am not against a “serious” version. 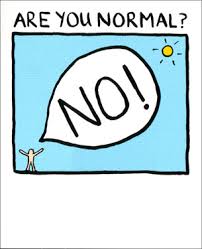 Typically, it would be done just once at the beginning of the game (before any stones are played, i.e., X = 0) as an alternative to just using a fixed komi.

The extension to doing it after X stones have been placed seems to be a natural generalization to the context, but I’m not really aware of it being practiced.

I suppose one could consider multiple switches during the game, but maybe only the last one really matters? Another similar mechanism would be to allow a player to offer to switch colors in exchange for X points of compensation, and the other player could choose to accept or decline.

Drubk Go: Both players start the game with an alcoholic beverage of their choice by their side.
Every time a player has one of their pieces captured they take a sip of their drink.

Strip Go is not what I had in mind when I started this thread, but if we’re going that way, no way I’m letting someone else claim the idea.

Why not incorporate rules from other games? For each 5 stone stick that remains on the board during counting, that player gets an extra point toward their score. Once per game per player, you’re allowed to change stones to the opposite color if you surrounded it on 2 sides.

Pawns Stones connects vertically/horizontally as before but now captures diagonally.

Edit: on longer thought it sound like a decent rule actually. Maybe I’ll try it out irl

You have to use skills to put stones now. So like some could let you put down multiple or freeze their move. But you only have a certain amount of charge to play with. and when you run out, you have a 50% chance of not putting a stone down and a 25% chance of that one stone going it some random spot.

I thought of a silly game, combining (i)go and gomoku(narabe). For those that are not familiar, gomokunarabe (meaning line up 5 stones) is a game that is played on a goban, with go stones, alternating between the players, where the goal is to get 5 stones in a row (horizontally or diagonally). It’s like connect four five without gravity. My game shall henceforth be known as igomokunarabe, also know as gomokunarabaduk in Korean (because why not create stupid puns for a stupid game). The rules a…

Yep, but add in every board game rule that people might mistake for go. Like how if you you can jump over and kill a stone if you diagonal it (checkers)

Add a rule that instead to add a stone allow you also to remove one of your stones and place it elsewhere. You have the advantage to correct something on the board but you loose a placement. You are not allowed to make this choice twice in a row. Quite fair.