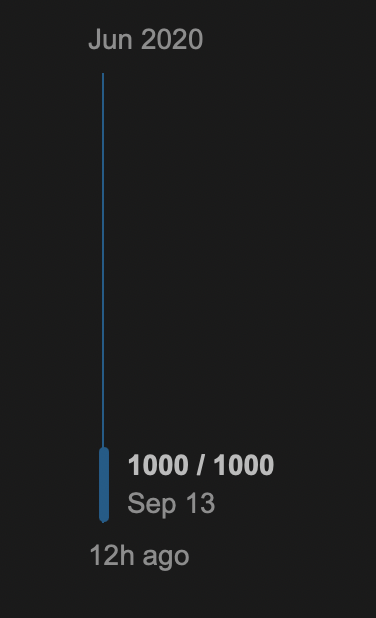 Congratulations with this milestone

Given the speed at which things go, you could report once a month only. And starting in 2023, once a year should be enough. And if the round is not finished in 2030, next report in 2040. etc

you could report once a month only

I wonder if I should.
I like to check that weekly, but we already had a week without completed games and it’s likely to happen again soon.

No changes since last monday.

could become a routine.

But I like the weekly date: checking if anything happened, sharing it with others… so I think I’ll continue for a while, even if no games end in a week.
Then we’ll see…

Please do continue the weekly report unless it becomes too much of a burden. I for one like it.

I think you have mostly automated this right? If it doesn’t take too long, I look forward to the updates, however biweekly seems reasonable at this point. You seem to have the Monday routine down and I think keeping the day consistent would be good, whatever frequency you decide on. Unless you were to dig further into the still running games to show lowest move count, or some similar statistic based on number of moves, however IIRC you mentioned that some of the information is difficult to grab.

My workflow has three steps.

I just have to manually trigger steps 1 and 2.
If I see from step 1 that there isn’t any new completed game, there’s no need of step 2.
So my effort is negligible now.
The biggest part is to notice when it’s monday and not being distracted by other mundane things!

The biggest part is to notice when it’s monday

I have solved that tough task by watching this thread. So please consider how the consequences would ripple through the entire world if you stop posting weekly!

What I don’t understand is why games being played by people already disqualified of the tournament are delaying the start of the second round.

If you’re impatient for the next round to start then I fear you are in the wrong tournament!

Just looked through the games with the fewest moves, there are 5 under 100 moves, and two have the game paused, by the same player who seems to be inactive, and have been paused for a very long time, at least 18 months. Can/should we do something about those?

You could contact the opponents in those 2 games and ask them if they’d consider un-pausing.

two have the game paused, by the same player who seems to be inactive…
Can/should we do something about those?

If one player is inactive since longtime, maybe he just left OGS. Timeout would be a natural conclusion for his games. Since the other player can unpause it, that would be natural too.
Kindly asking could be effective. It already happened in this same tournament.

But we have about 80 more games going on, so resuming/ending those two games wouldn’t change much for now.

It is possible that some players for whatever reason are delaying the tournament on purpose, if we keep on waiting for this players to end their games in the long run we could have boards where there is an obvious winner and someone that only wants to waste time.

Offcorse the solution is not targetting some players or mistreating them, I think that calling a moderator and explaing the situation would be more than enough to end this type of games. Maybe something like this would be the best solution for all the players participating in the tournament. 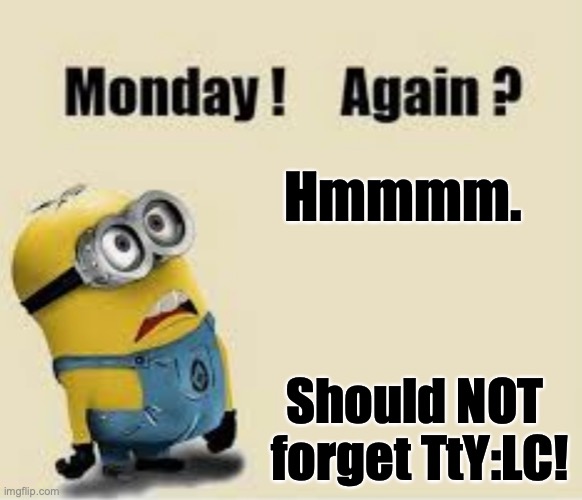 Before unpausing, might I suggest a message to the player that has been inactive either before, or when unpausing. They might be relying on messages from OGS to notify them, and they simply forgot.