Put yourself on Mars and strike a pose with the Perseverance rover, or next to the rocket. Just upload your favorite picture, choose a background and download your new image. 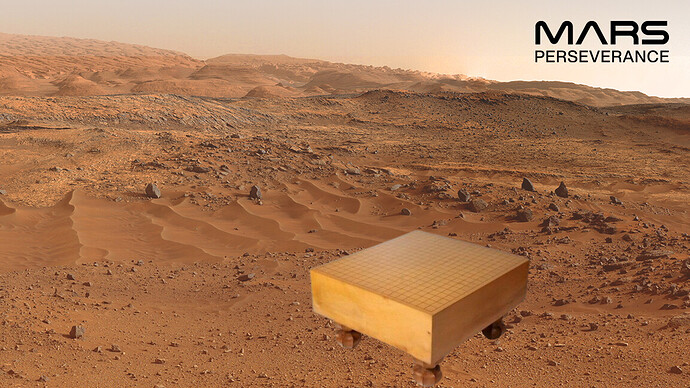 You are go addicted when… you strike a pose of a goban on mars! 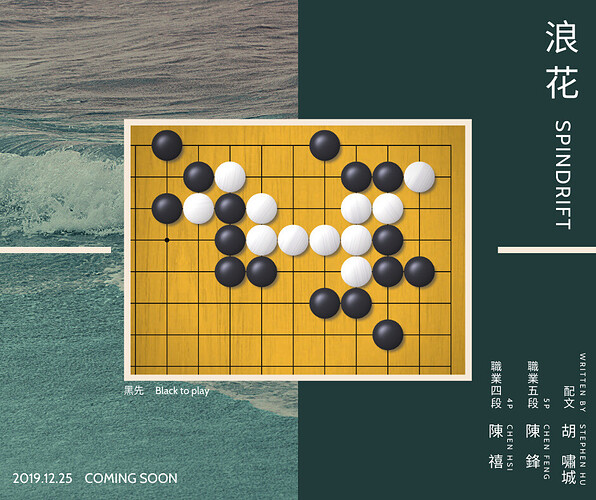 The cover of Spindrift, the 2019 tsumego book / commercial puzzle collection by xhu and Leon Chen. 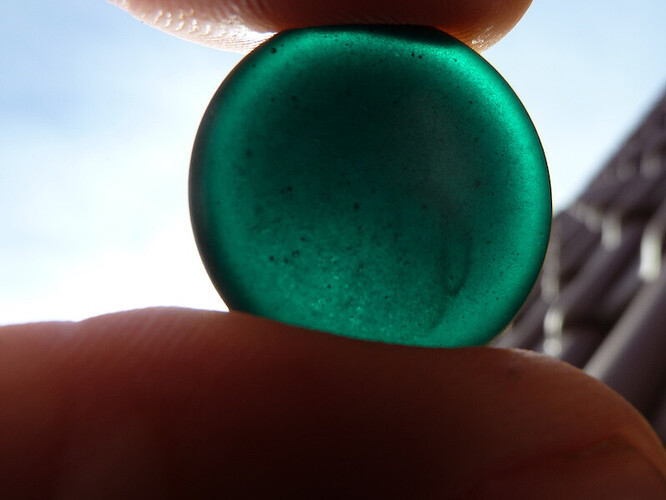 Yunzi stone against the sun, very charmingly hand-modelled by @trohde, from the 2018 thread Green go stones? 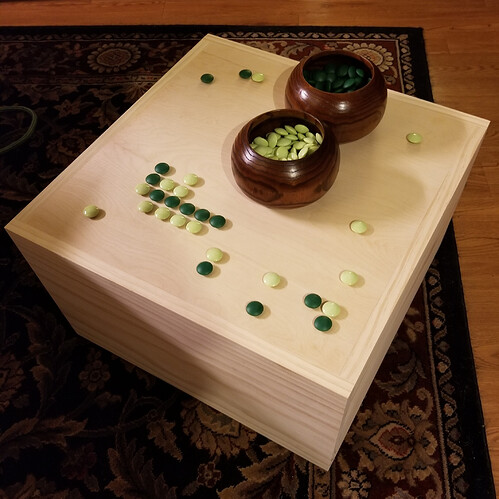 Green glass stones on the board made by @Skurj (before staining & gridding), from the same thread. 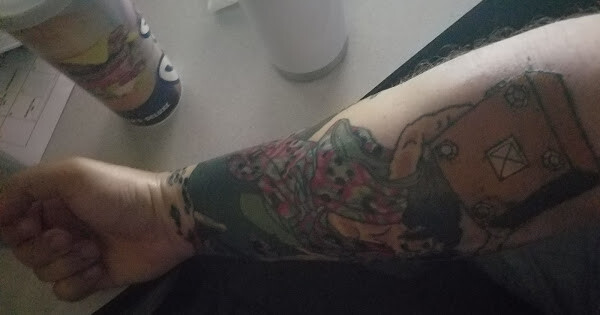 Tattoo on the arm of @crocrobot, from his 2016 thread Looking for artistic direction

Did you ever get the follow-up on the outer arm, croco?

Sticking this on because I’m already at three posts: 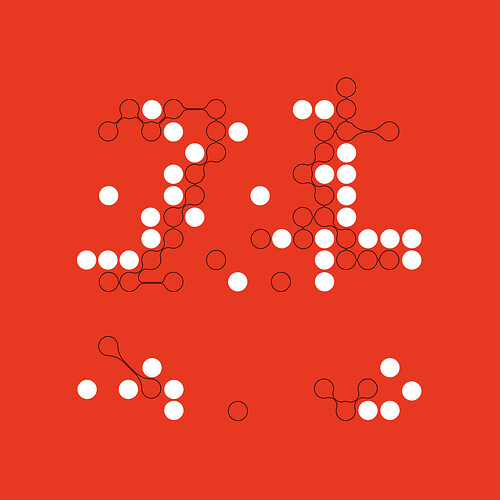 The name of the artist is “Aver & Move 78” and the album is called “The Algorithm Smiles Upon You”.

Programmable LED board from AI Physical Go Board!- Review added - #39 by Nchristie. Regular viewers of DanielML’s twitch streams will now that he has a more advanced board with colour-changing LEDS that respond to chat interaction.

I wouldn’t want to be at the bottom of one of those bowls! 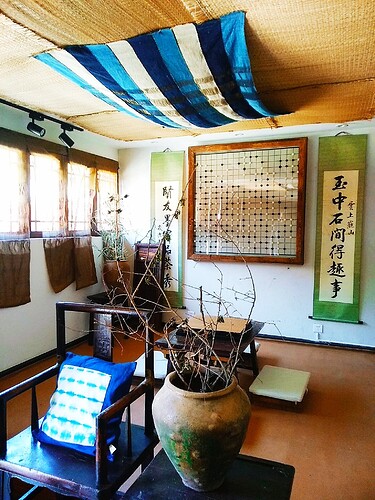 Note: the thing with black and white dots on the wall is a light.

I see.
It has weird positions on it, like captured stones not removed

that dog head should have much thicker lines 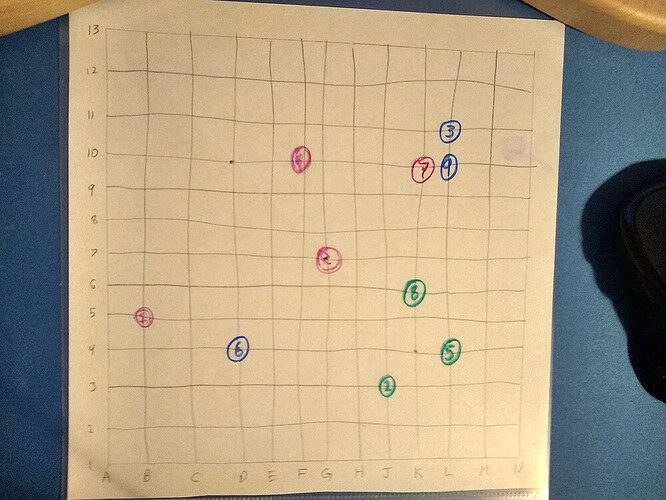 It might be nice for you to post the looping one in Images of newer times. Perhaps slow it down a bit as well? 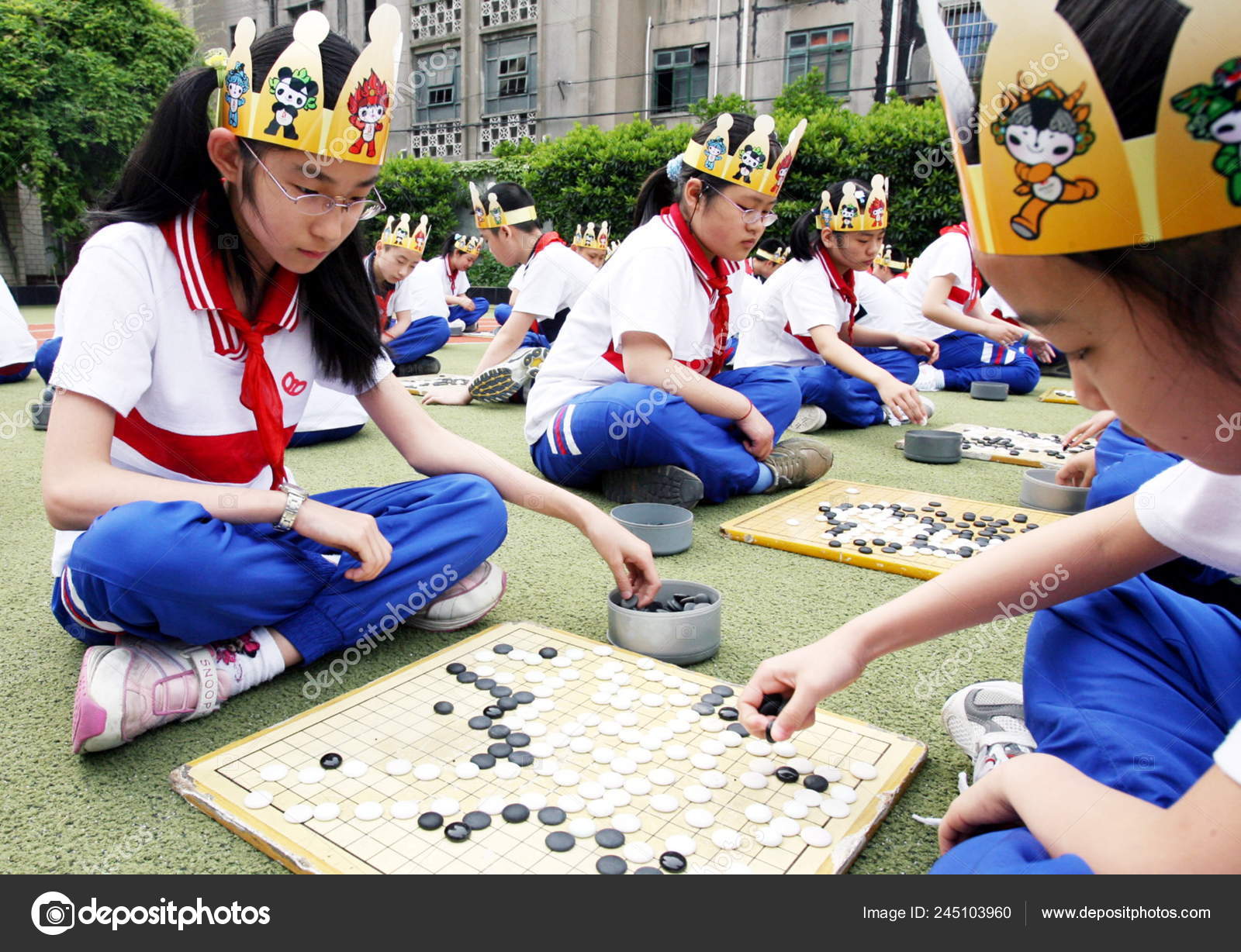 Let’s be real for a moment - the Beijing Olympics mascots were the best mascots of any Olympic games. This isn’t an “I like them better”, it’s that they’re the only ones where I would believe that a design firm was hired instead of someone forgetting their mascot submission was due and pulling their 4-year-old’s best drawing off the fridge to turn in.

EDIT: I left out crucial info for this to be relevant. The characters on the children’s crowns are the Beijing Olympics mascots.

London, were you like “Pokemon are cool, let’s make a weird bus pokemon thing” 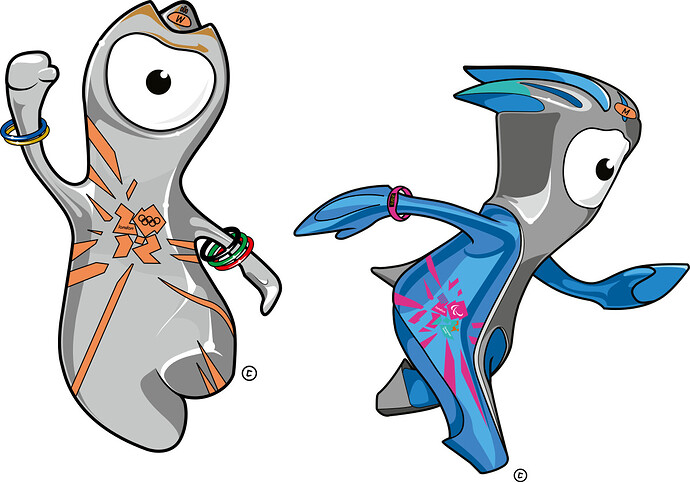 Athens, just, come on. Also, WHY does one of them have weird circle-with-an-X boobs drawn on their shirt?! 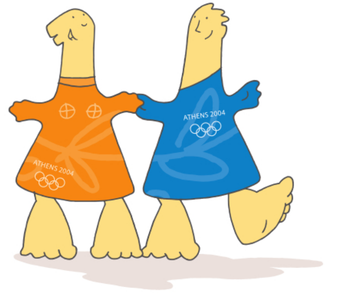 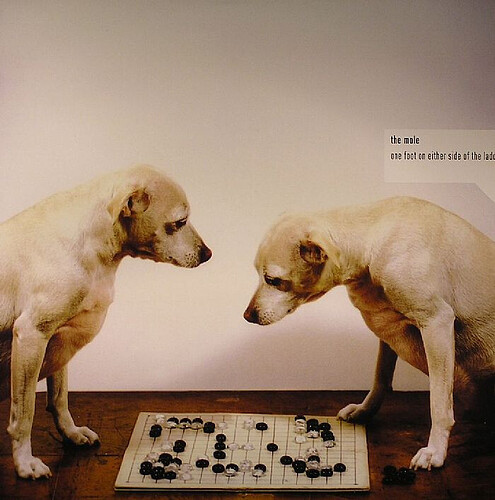 With thanks to frankiii’s blog 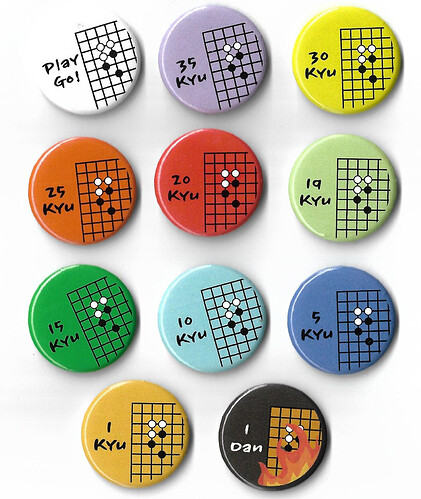 The British Go Association has introduced a series of badges, available for juniors, to reward their progression through the Go grades. Guidelines are available to organisers of youth clubs who issue badges so that youngsters with the same badge should be about the same ability. They cover grade bands of players from those who just learnt the rules through to those in the single kyu grades. The ultimate badge to collect, with the flame motif extra, is the one for making it to the Dan grades.

A newer drawing of an olden player, the 2014 (?) Google doodle of Shusaku 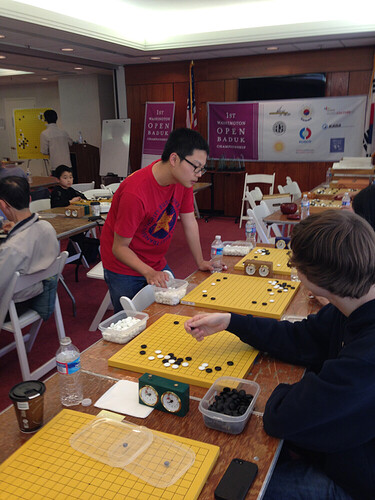 For those who don’t know him, Mike is a regular streamer. He’s been a very strong player for over fifteen years. 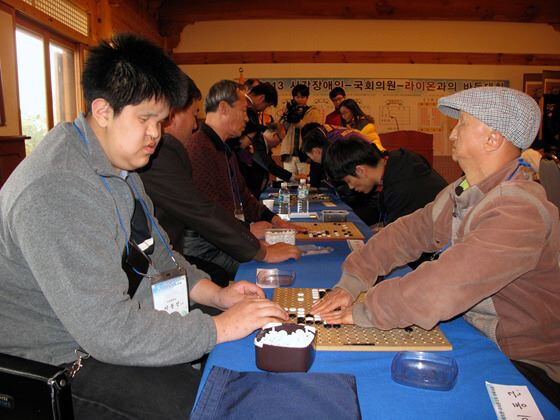 Blind players using a haptic (touch-friendly) board, in which the empty moku look to be indicated by indentations.

Courtesy of the MySanRenSei blog. 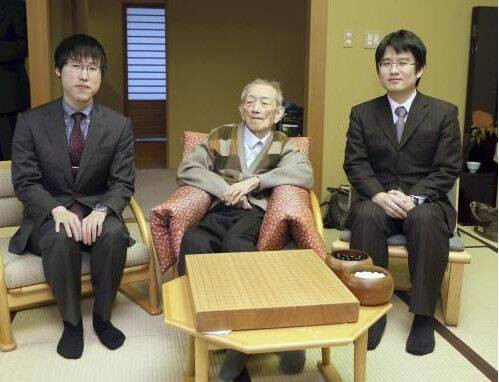 Go Seigen with Iyama Yuta and Yamashita Keigo, presumably in 2014 on the occasion of his hundredth birthday. Again from MySanRenSei.