Only a mild annoyance, but it seems the forum’s “letter avatar proxy” is unavailable (or the links are faulty).

All “letter avatars” on this forum show up as a ripped document symbol. Now it seems they’re hosted on OGS’ servers (judging by the URL, plus individually uploaded user avatars show up just fine), but at least the URL path seems faulty. This happened a few days ago and I thought it was perhaps just a temporary outage, but it’s still broken.

I refreshed and deleted my cache, but to no avail.

If you say so

Yeah we all see it too.

Yeah we all see it too.

Not me. Accessing the forum often over the past week, the letter avatars always showed up normally—and the link @smurph posted is working as well: it takes me to a functional image (the letter G).

Thanks for the responses, hopefully someone more clever than me (anoek) will make something out of it

Same here, the auto-avatar seems to be functioning as normal on my end.

(Unless you’ve cached something important…) Clear your cache and try again please. For FireFox it’s CTRL+F5, other browsers may need something else.

I closed the browser, clearing all data (cache included), and the letter avatars still worked fine. Tried CTRL+F5, just to be sure—same thing. Updating it hasn’t changed anything. Nor trying another one. So, unable to reproduce the problem on Firefox Quantum 65 and Chromium 72, both running on Arch.

Point taken, it seems to still work for some people. But Walken’s (W) avatar is not using the same path as the auto-generated ones (hence it seems he saved it and uploaded it as his own but who knows), as can be seen from the URL I posted above.

The link to his avatar returns error 404—though the one @smurph posted still works.

Some letter avatars are still functional (and they follow the same path of the broken ones):

The plot thickens again, I suppose.

Maybe it’s @smurph’s. I mean, bear with me: a few years from now, Skynet reads his post criticizing its embryonic incarnation and sends Alphago T-1000 back in time to sabotage his setup. Once the issue is made public, however, the android starts targeting other people in order to misdirect our attention, so we can’t link the problem from the original target to the true source. 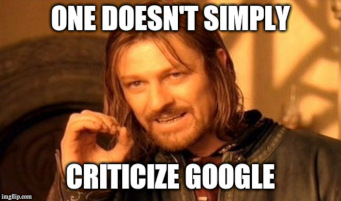 Now pray give me my Tin Foil Hat Badge.

Rather, a few years further from now, according to The Compleat Time Journeyer’s Grammary, which will have been published somewhen in the next century.

It’s probably an issue with the CDN, if it’s only affecting some people. (I, too, have been avatar-less for the past few days.) I’ve had similar issues before on other websites. Likely, some batch of files got corrupted when they last refreshed their local copies. It should resolve itself on its own, if that’s the case, since they refresh on a regular (weekly?) basis.

I’m not a computer guy at all, but I do know that this problem is progressive, not something that happened all at once. Would that fit your theory? I first noticed just 2 missing avatars about 2 days before this thread was started, and I mentioned it in the Moderator chat room. The next day a few more disappeared, like people disappearing in a science fiction movie. Now tonight I was composing my reply to metaphysician’s thread, left my computer with the reply still in progress, in order to make and eat dinner, came back almost 2 hours later, and my avatar had disappeared. In addition the font on the topic list has changed. The progressive nature sounds to me more like a virus, and I’m trying not to become alarmed.

A Void, translated from the original French La Disparition (literally, "The Disappearance"), is a 300-page French lipogrammatic novel, written in 1969 by Georges Perec, entirely without using the letter e (except for the author's name), following Oulipo constraints. It was translated into English by Gilbert Adair, with the title A Void, for which he won the Scott Moncrieff Prize in 1995. Three other unpublished English translations are titled A Vanishing by Ian Monk, Vanish'd! by John Lee, and O...