Score estimator should be optional when defining a match

score estimator should be optional when defining a match

this is important for tournaments. in serious competitive play there should be no score estimator functionality and no analysis mode. a simple way of implementing this would be to consider the score estimator as "analysis" (which it is) so when...

But I think if people want to put themselves at a disadvantage, they should remain free to estimate away.

thanks for linking the previous discussions. do you know whether the OGS team took a decision on the issue?

The short answer is no. I’m not aware of any decisions outside the status quo. I am aware that this discussion is at least 4 years old and I’m also aware of said status quo, which leads me to conclude that the decision is implied. But! I commend you for mentioning right off the bat that the discussion isn’t new. Even though it made the response [I had planned the second I saw the title] a little harder to sell.

That aside! While we’re at it. Scenario.

Suppose the estimation is largely correct:

Suppose the estimation is incorrect:

Best case, it’s correct and you’re behind, urging you to catch up. In all other cases, it’s detrimental. I’ve seen known streamers use it in the most absurd fashion and they’re adamant about it, and I wish they wouldn’t but I also don’t want to rob them of the moment of triumph once they realize for themselves and make the choice for themselves and start seeing SE as what it really is and what it really can’t be.

Hello, since you asked directly - at the moment I am not aware of any plans to add an option to disable score estimation. However, if a lot of people really wanted the option, I am sure it can be discussed further

I personally view it as a rather small “issue”, but it seems there really has been quite some discussions about it

So if it really is bothering some of you, cast your votes

not saying other things won’t get prioritized, but we will at least add it to the list. 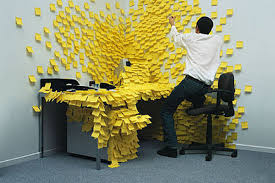 You’re right it is not a big issue because national Go Associations can always use KGS or IGS for tournaments. If on the other hand you want OGS to be an option for serious competitive tournaments, this would probably by a relatively low cost change to make. I’m not sure about other countries but in Chile the official tournaments are on KGS and without the requested change I wouldn’t be able to recommend OGS as an alternative.

This sounds like that other person who requested static browser tab names so OGS could be used for streaming in European tournies.

I implemented it … nothing happened. And that was a far more concrete proposal than this one.

Here we have some random person who might recommend something to someone else in some country and as a result they might use OGS … doesn’t sound like much of an argument to implement a feature to me.

I’m not the same person, and I am not promising anything. I do understand that the experience you describe must have been frustrating and disillusioning, though.

Did you read what the proposal was? It seems pretty concrete to me: disable score estimator when analysis is disabled. What makes the OGS team think everyone wants the score estimator enabled by default, anyway? I don’t understand.

I’m not sure about other countries but in Chile the official tournaments are on KGS and without the requested change I wouldn’t be able to recommend OGS as an alternative.

The other proposal was “if you implement this feature, I (personally) will use this to stream in a competition”. It was more concrete because the person created the impression that they were in a position to implement this decision.

FWIW, I’m with you thinking that the score estimator should be disabled when analysis is disabled, and I think that should be the default.

The score estimator is not much use for estimating score (as smurph has pointed out) however I found that coming up through DDK, the picture that it draws can be quite useful for alerting me to where there are weaknesses on the board. I’ve definitely used it for benefit in that way.

I’m pretty sure that at the official tournament level, the kinds of things that it has helped me with would not be needed by those contestants though. By the time you are SDK you can probably see the cuts and effects I was missing. I’m not SDK yet, but I already use it a lot less this way than in mid-DDK range.

Unfortunately, it would be a back end change, so I can’t help with it.

My earlier post was not disagreeing with the idea “it should be disabled”. I was pointing out that the idea that doing so would in any way affect whether country level tournaments use OGS is spurious.

Good evening.
I have not much to add to the idea, but to say that also me while reaching sdk, used to use a lot the stimator, 'cause gave me hints of weak groups and greater territlry to play. Withouth the stimator, i think i would have fall a lot in where to play.
And when we want some game to be considered official, we use KGS or IGS for that option that’s not on ogs.
Today i had a game in KGS for that itself.
And i understand what says alemitrani about the case in Chile (because i’m from Chile too) and we use KGS for tournaments and even just to reunite tuesdays.

So, i did my vote to the matter.

I’m not going to offer any arguements, just to say I am against the suggestion

Reading this and the related threads that @smurph kindly linked, quite a few people seem to be in favour of the proposal but have not voted. If you are one of them, please vote here: https://ogs.uservoice.com/forums/277766-online-go-com-suggestions-and-feature-requests/suggestions/35350588-score-estimator-should-be-optional-when-defining-a

Unfortunately, it would be a back end change, so I can’t help with it.

While the source code is in C++, we compile it to JavaScript using Emscripten for client side use within the browser.

The score estimator is not much use for estimating score (as smurph has pointed out) however I found that coming up through DDK, the picture that it draws can be quite useful for alerting me to where there are weaknesses on the board. I’ve definitely used it for benefit in that way.

As low level DDK, I use it in this way as well. I would like to keep it. (optional would be ok)

I’m pretty sure it’s somewhere in the front end code.

It would be a back-end change to give a game an extra flag which is “scoring estimator disabled for this game”, which is what I had in mind when I wrote that.

It’s true that if we were to say that scoring estimator should be disabled with analysis is disabled, then a front-end change would suffice, and this is what the OP’s user-voice proposal asks for.

However, before we did that we’d have the have the argument from people who want the current behaviour (analysis disabled but estimator enabled).

To be honest, i think OGS score estimator is so unreliable and incorrect, that using it while playing does not give any advantage at all. I highly recommend not using it in the first place.

Two things that SE is somewhat ok for:

I guess it wouldn’t be that bad, if SE would be turned off when analysis and conditional moves are also disabled.

ps
3. you are a spectator, so who cares