Welcome to the Thunderdome!

We have these Magnificent Seven entering the 15x15 arena, and playing in this order 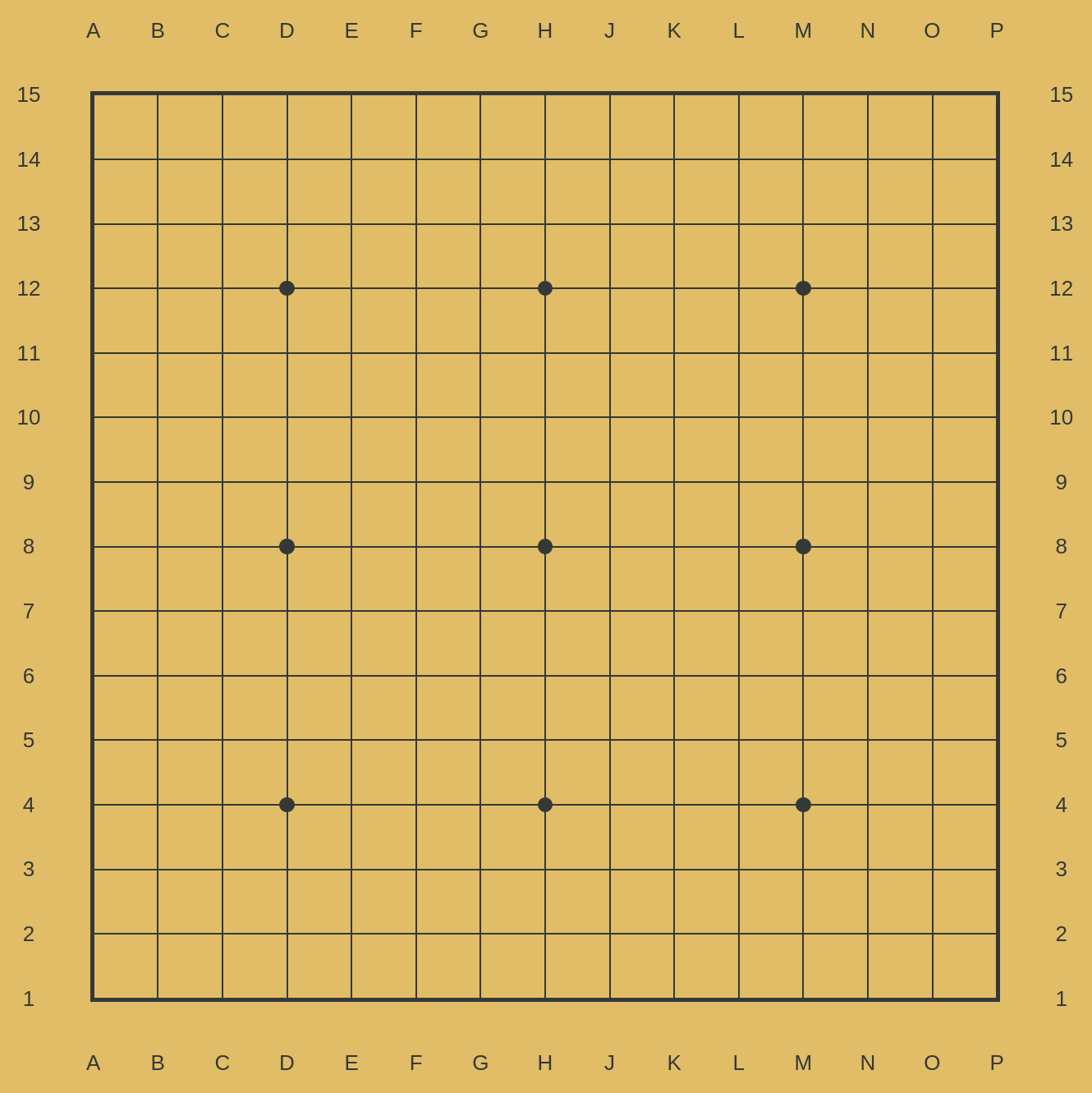 Good luck and have fun, everyone!

Have a nice game everyone!

Have a nice game!

And since I can’t resist, I play Tengen H8! 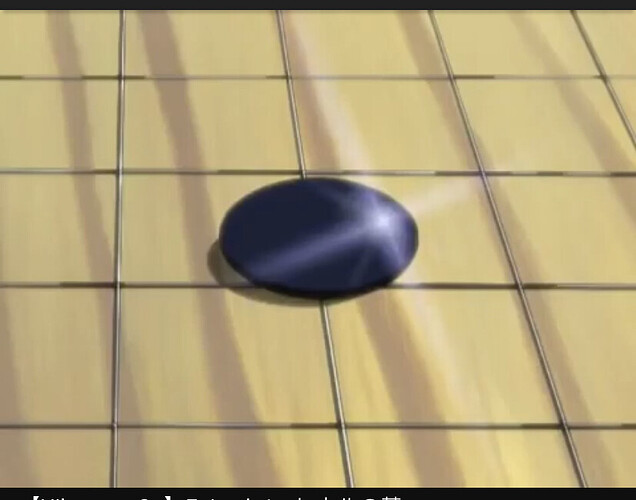 This isn’t the best move possible, nor is it the strongest. “His testing me” 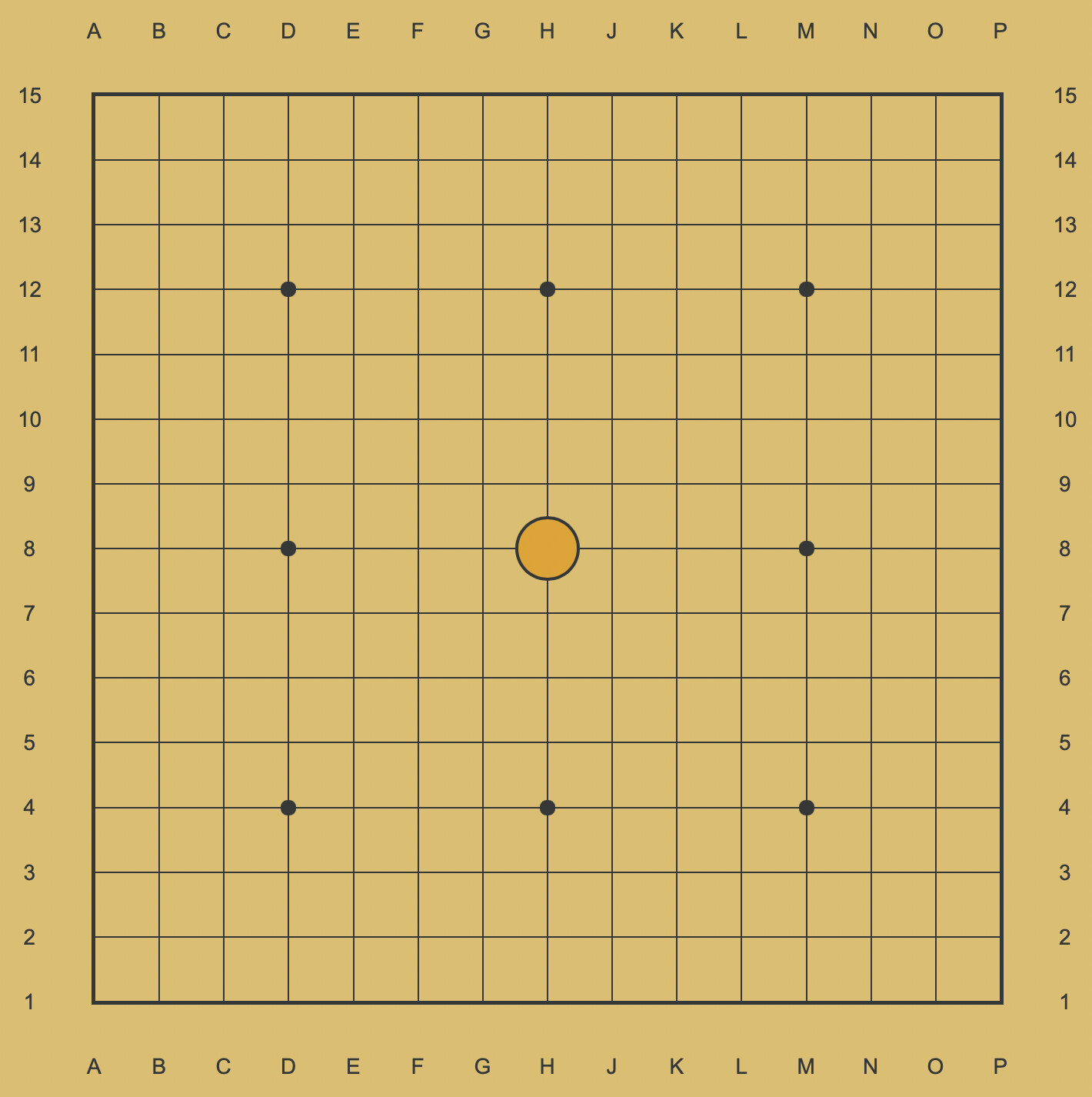 Welcome to the thunderstone? 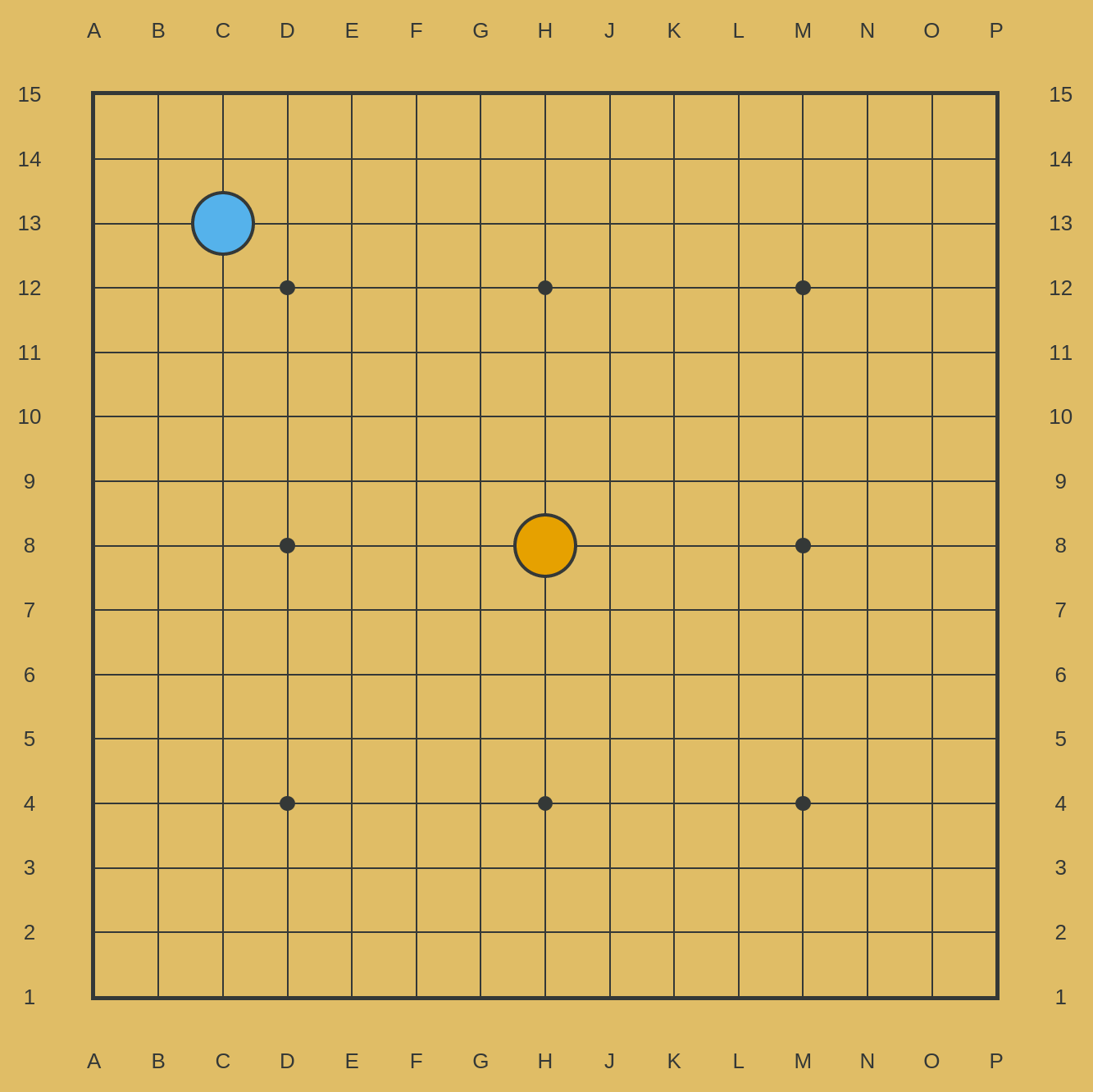 good luck and have fun everyone!

Updating the board for @Auri’s move above: 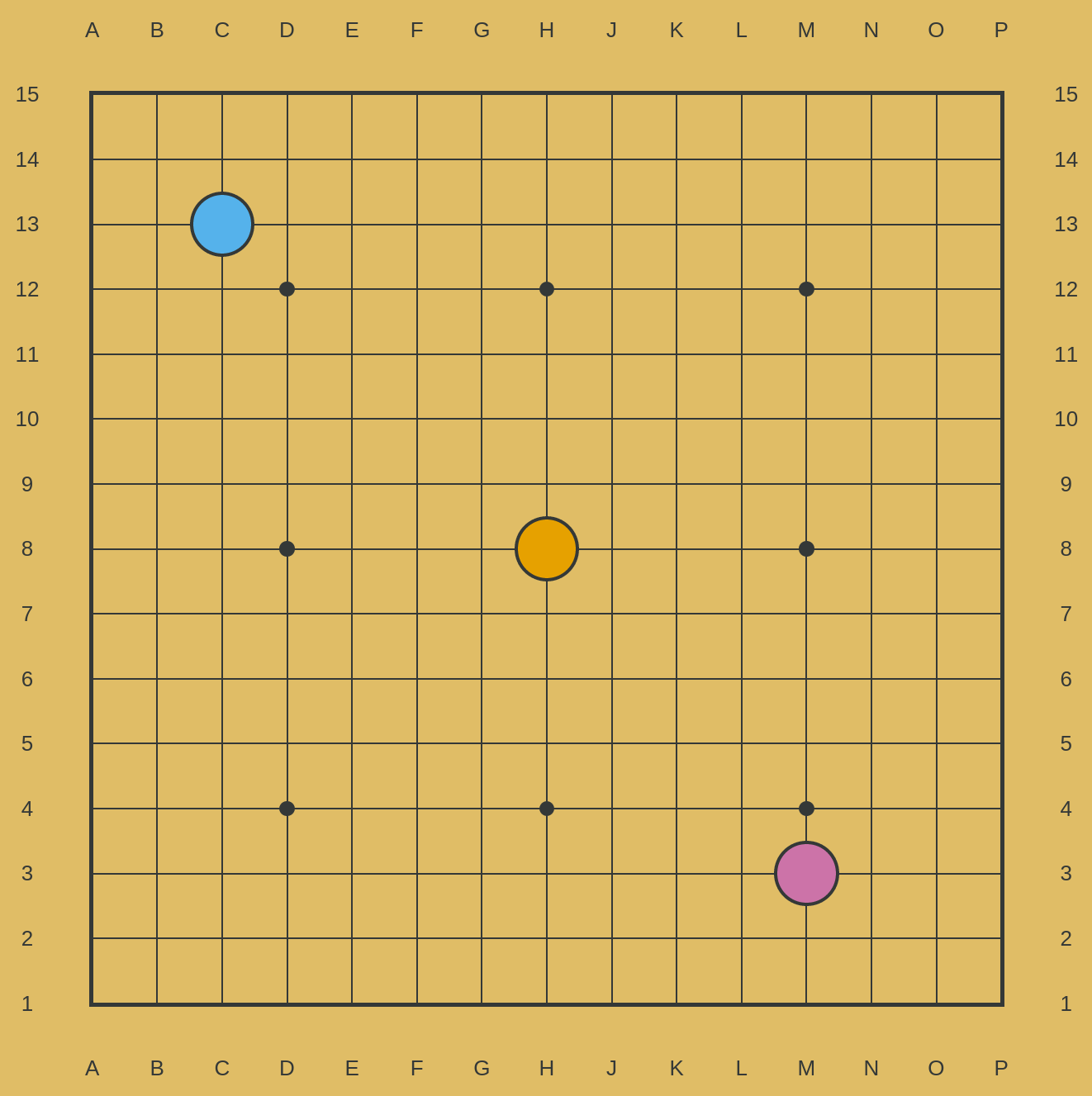 Updated board and it’s @Vsotvep’s turn 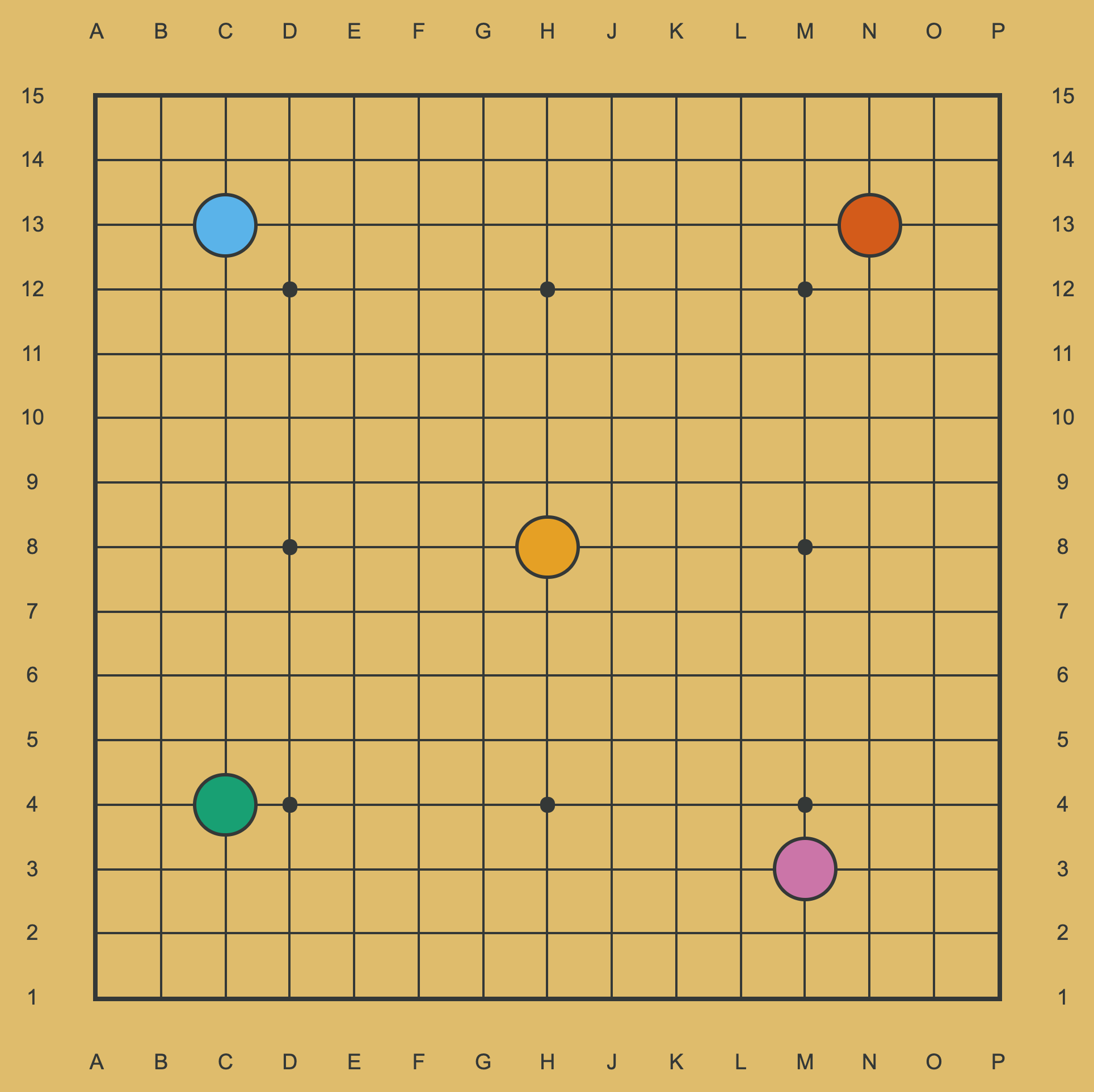 I guess that now things become interesting with a stone in each corner, and one on tengen…

The crazy thing about this variant is that four players could collude to the eliminate one of the single stones on the board.

I suggest a non-aggression pact enforced like this: The first player to attach a stone to someone elses stone should be eliminated. Anybody agrees?

It is not my turn yet, but I anticipate that I will have the choice between three side areas to start with. Are there any players who would welcome me as a neighbour? I’m offering my cooperation for hospitality.

@Vsotvep that is agreeable to me; I pledge to go after the first person who attaches to another’s stone without prior agreement.

@Civilian @Auri, the bottom side corners seem well situated to accommodate two, would either of you be interested in teaming up? Or a triple alliance in the south? Alternatively, I’d also be open to a three way alliance in the northeast with @Vsotvep and @martin3141, though that might leave the remaining players with too much room to work with, or working alongside @shinuito to prove that center sides corner is the real meta.

Northern hospitality welcomes you, @martin3141. You’re free to place a stake on the northern side. I think we’ll need to form a northern alliance in order to counter the scheming by the south. How about Northern Board Treaty Organization (NBTO)?

Now where have I heard that before?

I’d be up for a North vs South battle.