How about a thread for professional openings which were only tried once, especially cool ones below about ten moves? 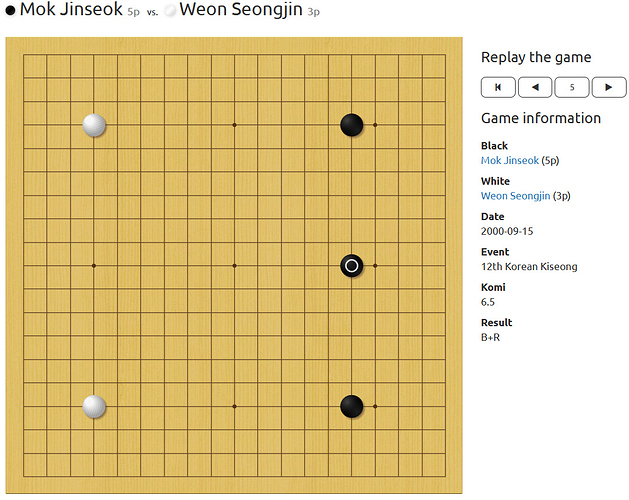 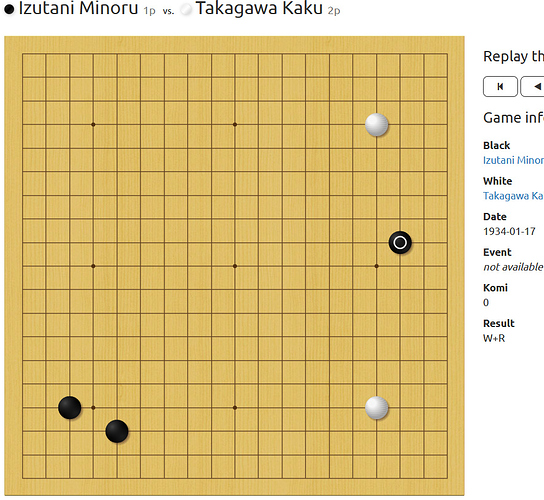 when the triangle sanrensei isn’t big enough for you 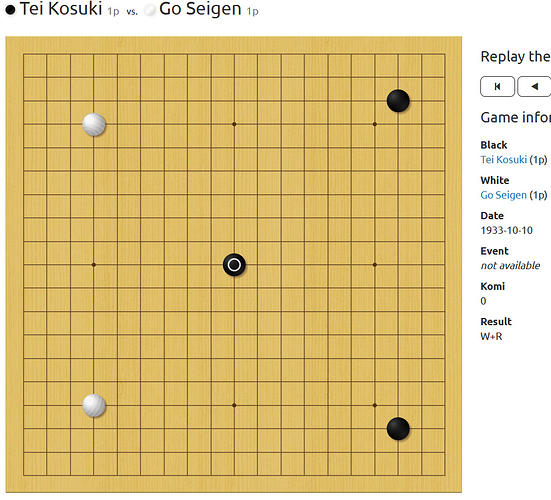 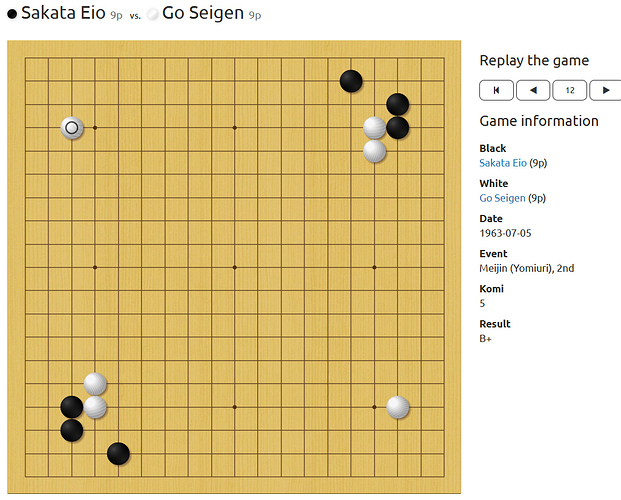 RIP anyone with OCD 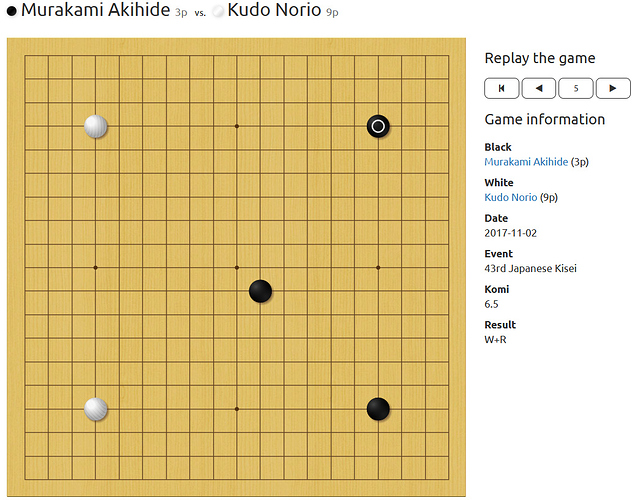 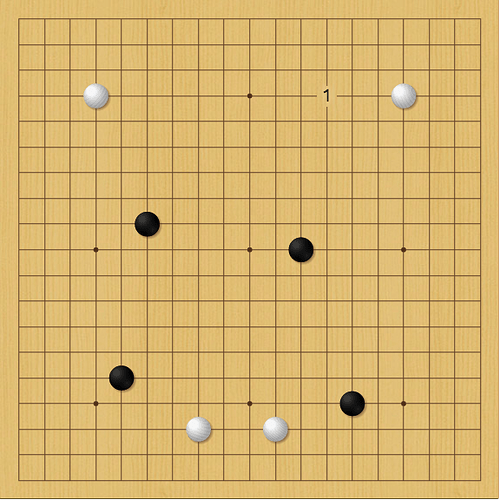 I wonder if this thread gets filled by shinfuseki-era games, those are just plainly weird… >___> 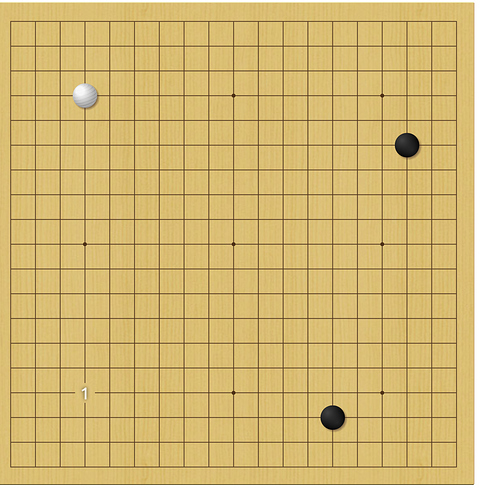 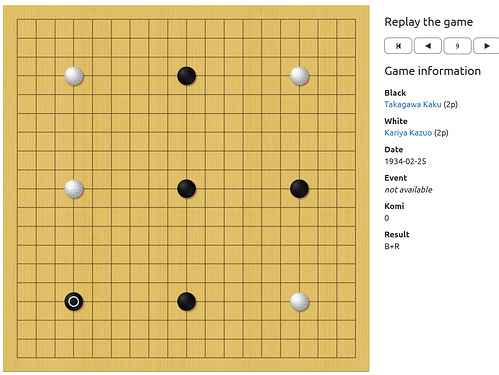 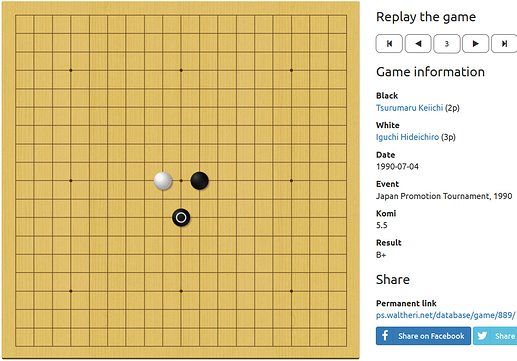 Okay, I will let you in on my secret. First I open Waltheri. Then I click on unusual positions and within a few moves more, there is only one game left.
And that is a unique professional opening. It is all so simple. 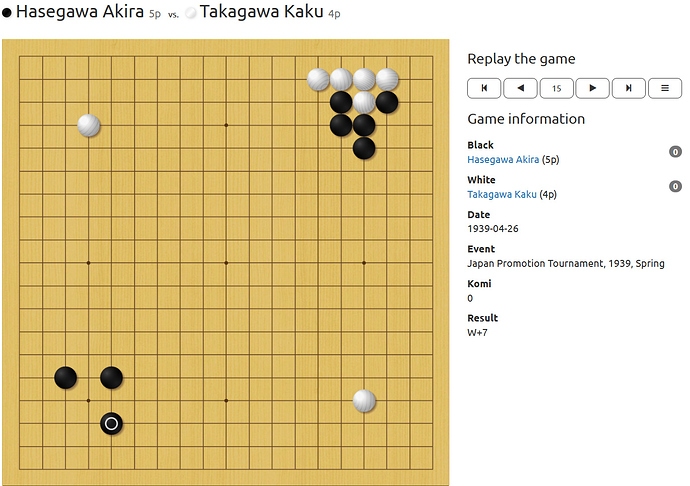 That’s not a shimari… this is a shimari! 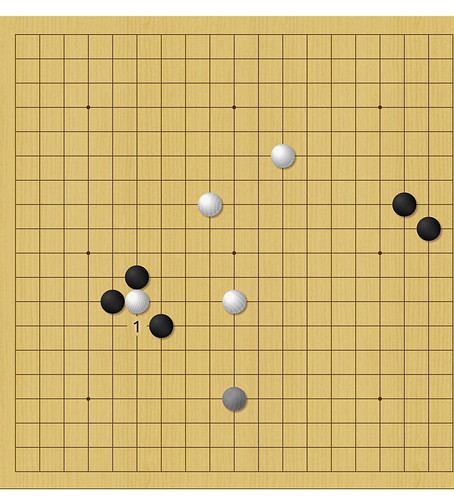 Any one got a clue who the players are?

Yes, and “both” players are 9p

Is when they first gave it the board and the rules and didn’t tell it anything else?

This could very well have been the case

But in the rest of the game black and white show that they are just a little more advanced.

It does seem to have picked up a good bit about shapes though. 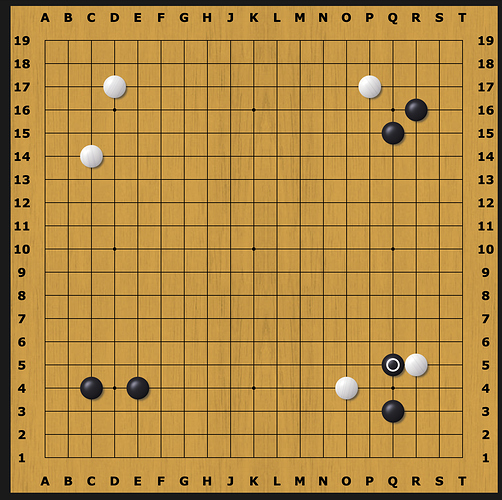 Probably the most famous game in go history.
Can you guess which one?

I think my namesake was involved in that game.

I am truly impressed.

Unfortunately your namesake became the victim of a young lad.
Who was this young lad?
And why did this game became famous?

How unique is this opening?
Btw if I remember well, there is a mistake in the Taisha joseki

I mean it’s completely off topic

The young lad’s name was Kuwahara Torajiro, but he is better know as Honinbo Shusaku.

In this game, veteran Gennan Inseki sprung a new Taisha variation on the young Shusaku. Shusaku made a mistake in the continuation that gave Gennan a clear lead. But when Shusaku played move 127, a spectator noticed that Gennan’s ears flushed red. Apparently Gennan was taken aback by it. 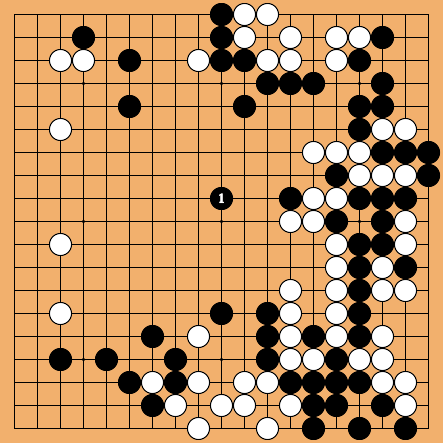