Here, we can share our worst blunders ever, and laugh along with everyone.

I don’t remember the exact link, but once, my opponent played this: 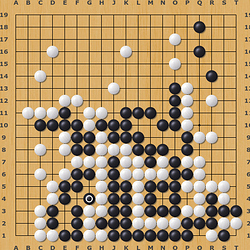 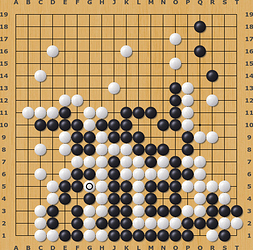 image536×529 201 KB
facepalm
I’ll pretend you’re laughing with me and not at me.
On another note, when I was 27k, way back when I was 11, I was playing a game against amybot-beginner (link to game, prepare to be amazed at my stupidity) where my opponent played a -222 points move, on 13x13. 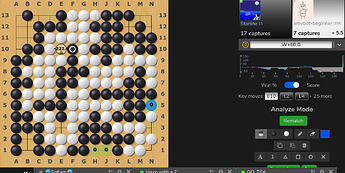 What are your worst moves ever? Share in the comments!

I’m sure I made many worse mistakes, but the one that I remember right now is playing N17 in this game, and then losing the game with 0.5 points.

Any of the circles would’ve been fine 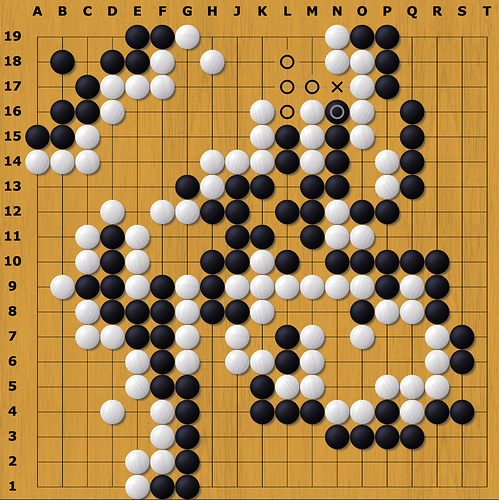 Here’s a recent one against xhu98. In one move I lost 17 points and tanked my 97% win rate to 2%. It was a correspondence game, so I have no excuses. 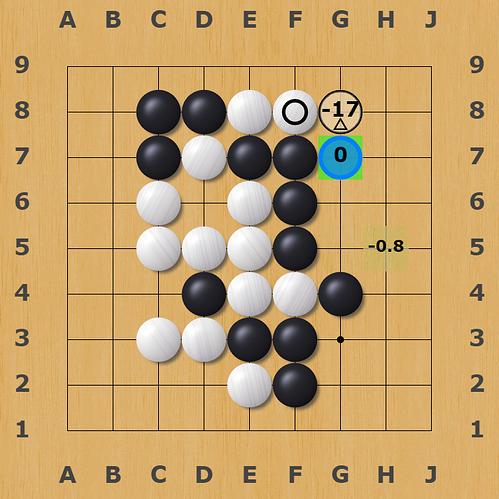 Only -95%? That’s barely anything for me! Must be something about dan players I will never understand. 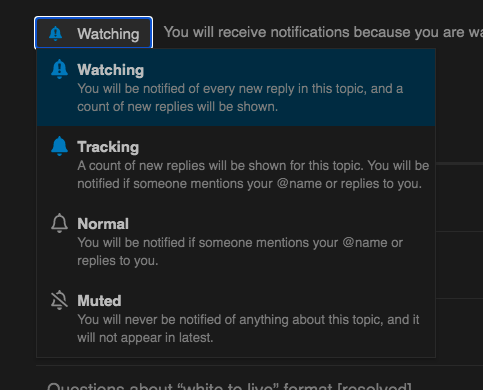 (Presses watching immediately after I saw the first three)

Presses watching immediately after I saw the first three 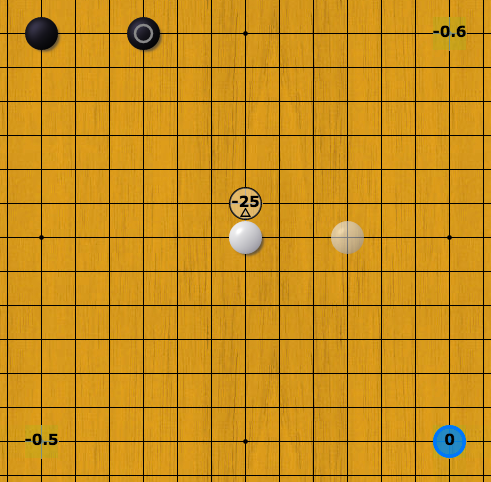 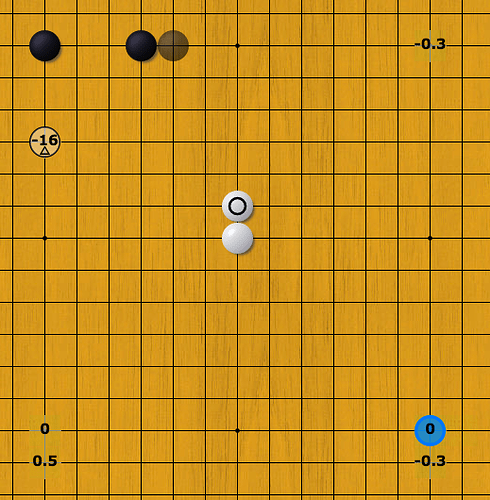 I’m black here. One of my first games 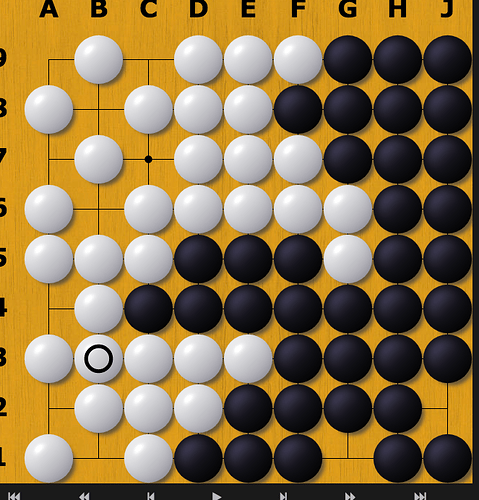 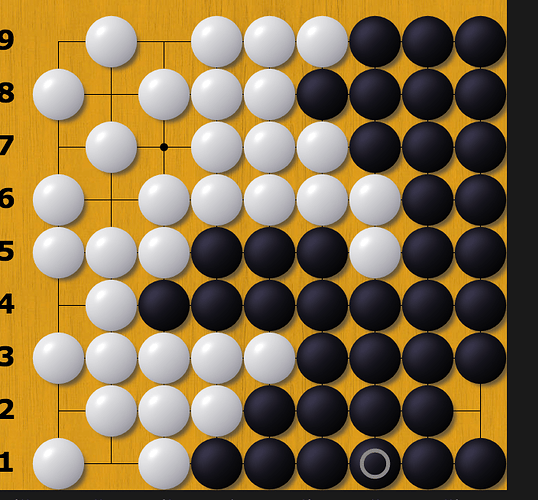 Not sure they are so worst… There is some ideas in these, working or not. (For your first Post in the center)

Wait a bot did that?

To be fair, it’s only amybot…

But Its a 16k. Thats the highest rank I’ve gotten to.

This is from my game today: it’s a subtle blunder, so much so that it didn’t see it until just now. In the game, we continued A-D and I fought a lost semeai. Due to my very thin shape there was no seki and the entire group was lost. 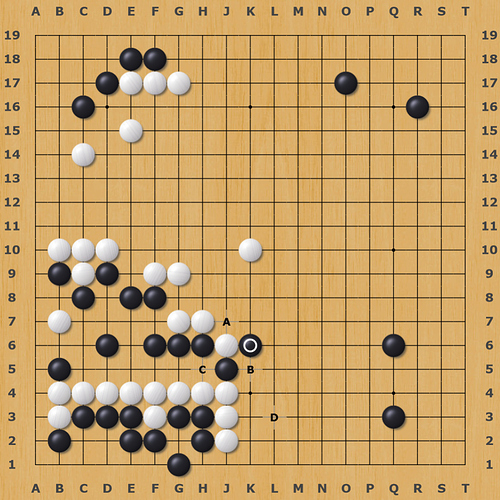 Leela, though, points out a straightforward way for me to save the dragon and continue the game at about 45% WR (instead of 2% like in the game.) It turns out that Black can escape with a ladder, eg. like this: 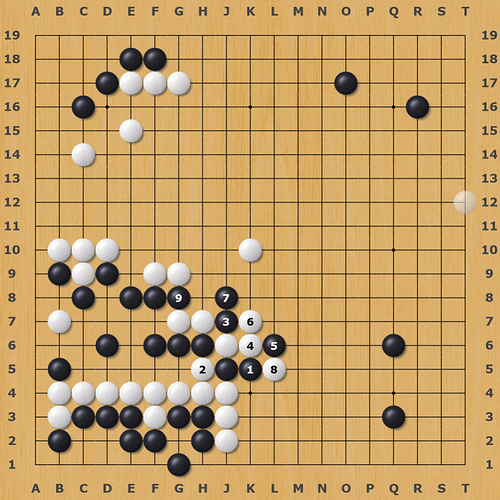 Just bring her to the endgame and you’ll win.
Self atsri is just one of the issues.

Well, the title says it all Let’s make a collection of professional go players making rookie mistakes I got reminded of this first one by an early post in the Go Jokes topic:

I was reviewing an old game of mine from 2016 - just a few months after I joined OGS around April. I was around 20 kyu at the time and was playing against a 16 kyu. Before I get to the specific VERY BAD MOVE in question (Move 73) I feel like I need to lay the groundwork to really highlight the badness. First, take a look at moves 1-11: 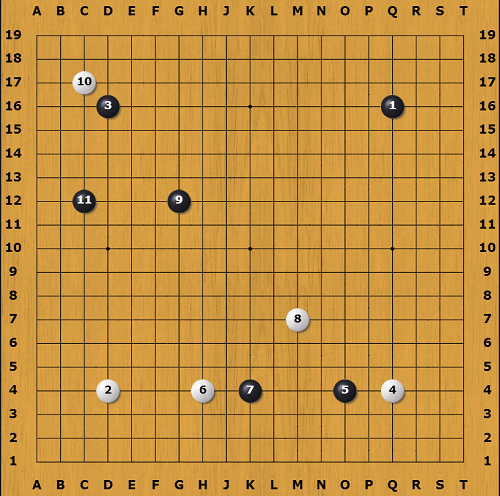 At the time, I naively kept telling myself I was studying SHIN FUSEKI - and that I had the flexibility to play anywhere. The truth was, I had zero understanding of opening priorities (i.e. corner > sides > middle) and what I thought were “networks of stones working across the board” were actually isolated stones that my opponent easily cut apart, then grabbed all the edge potential on the left side.

Ok, so the setup for the really bad move starts at Move 41 where we start a fight for the lower right corner: 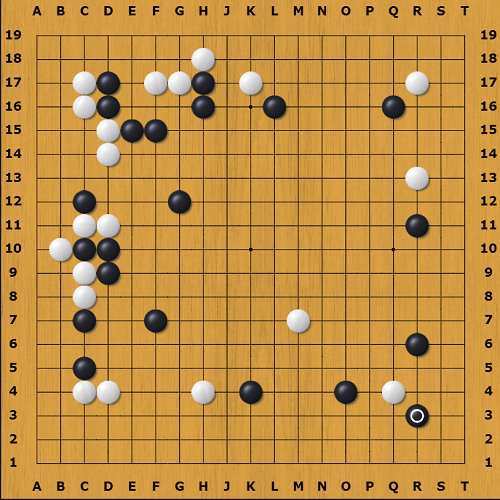 I had no idea about joseki, and only a dim understanding of living shapes, but I’d already gained some understanding of how to take advantage of a shortage of liberties, so I did my best to pen White in on all sides: 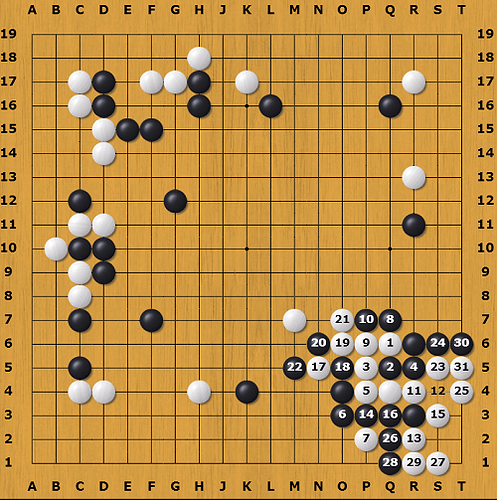 3500×503 345 KB
This sequence of 31 moves took me hours-per-day of reading over a span of probably a week. I was so proud of myself for not only creating the potential for two living groups on either side, but - IF I could surround White’s dragon pointing into the middle, I could get it to close up the false eye at S4 and eventually kill the entire group!. 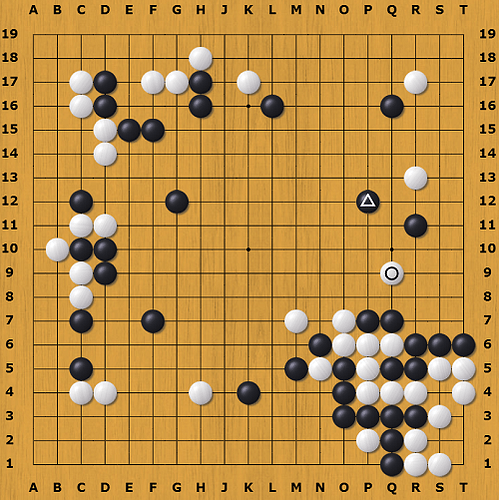 5500×501 340 KB
And then, after all that time, and thought, and effort, I played P12 instead of settling the lower right stones. White played on the Q9 key point - where I should have played. 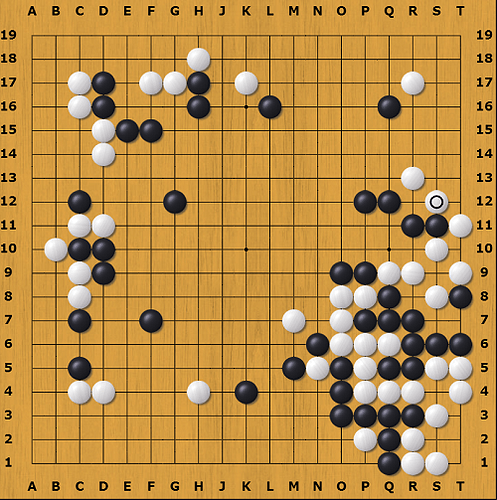 6500×503 347 KB
White ended up capturing those initial 7 stones, plus another 5 stones I sacrificed trying in vain to save that group.

Looking back now, I realize that I could have saved all those stones by just playing R8 after White played Q9, but at the time time I got frazzled and messed it up. Talk about learning my lessons the hard way.

It’s interesting how the “worst” is related to a level of play.
In your game you focused at that time on attacking (even killing maybe later) the white group which would be not so obvious as w is already outside in some open space and still can make 2 eyes in his corner if he feels so.
Same time you were very disappointed to let w attack your stones. The matter is that you didn’t consider to give this very heavy stones away at all. Playing Q9 yourself would have protected the cut via a loose ladder but left a lot of aji to exploit. And your worst move at that time wasn’t maybe so bad. Note that connecting with R8 after W Q9 would offer a perfect target for W to torture (at least).

At the time, I naively kept telling myself I was studying SHIN FUSEKI - and that I had the flexibility to play anywhere . The truth was, I had zero understanding of opening priorities … and what I thought were “networks of stones working across the board” were actually isolated stones that my opponent easily cut apart

Haven’t we all been here at some point?