Re: Correspondence games lost by disconnection

Apparently I really messed up somewhere, and about 20% 8% of correspondence games have prematurely ended by “disconnection”.

Thanks for this post, just now I wanted to ask what happened.

I am really relieved that you are aware of this. I know you will find someway to fix this.

Might want to put up a site banner linking to this, to let people know what’s going on.

@anoek I don’t know if it’s related but I have 8 corr games in which it is my move, but the turn indicator up the top only says 6… just thought I’d let you know

I’m as strong as Sadaharu everyone, yay! 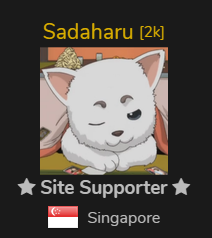 OMG, I hadn’t even thought about the larger-scale implications of this.

Hopefully there is a backup and we can just rewind everything.

Let’s focus on the positive

There are less correspondence games cluttering up the servers now

Yeah, I lost all my tournament games, even when it wasn’t my turn to move. Doesn’t really bother me overmuch, nor any rank implications. Life goes on, these days I can’t see any real reason to be emotionally attached to rank or the comps, I can always start more

Something that keeps happening to me is the random sound of “game started” occurring for no reason. I don’t know how to get rid of it unless I mute. It happens when the chat refreshes or again just randomly. I am pretty sure it is a script error, I don’t really know. Just wondering if it was related to the disconnection bugs and all.

Thanks for the attention, anoek. I’m slightly worried that I won’t be able to get moves in in games that I haven’t lost by disconnection and might now lose by timeout because the moves aren’t going through. Will there be a rollback since so many games were affected?

Wiped out a tournament for me, quite annoying!

Did the sound issue start right about the time those games had problems, or are they older? The disconnections are linked to a recent manipulation if the second-to-last banner is to believe

Try to pause them or ask your opponent to do so by chat? Chat works